An Interview with Chase Linzmeyer 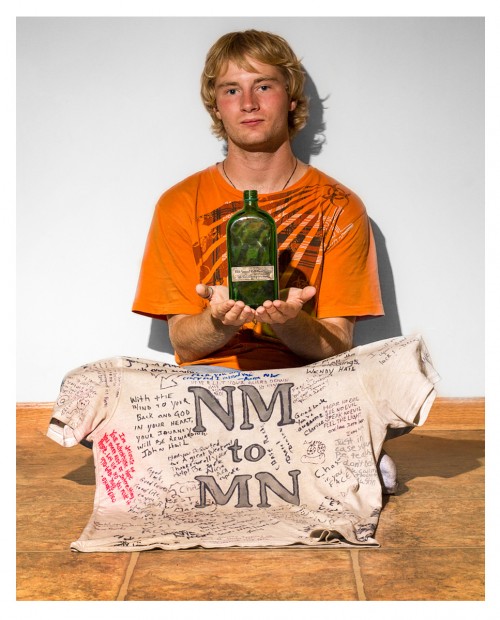 Chase Linzmeyer is the epitome of the phrase, I’m lucky to know them.

When I first met him, he was drowning in sweatpants and had some Remz that looked like they had been eaten by a yeti that hated rollerblades.

But I’ve come to realize that Chase is the most genuine rollerblader I know, period. He truly believes in the unity of rollerbladers, and that the more we believe in each other, the better we will be as a whole.

With that same mentality, Chase was able to win the 11th annual Roll Twin Ports (RTP) this year.

Originally, this piece was going to be about Chase’s 1,200 mile walk from New Mexico to Minnesota… but I am going to save that for another time.

How long have you been going to RTP?
For five or six years now.

How is RTP different from other street contests?
EVERYONE is there, and we are all so cool with each other. That’s probably why I did so well, because everyone is so supportive and in sync with each other. I have this theory that when every one is “flow,” you do your best. 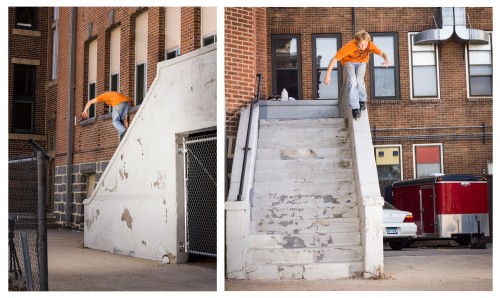 And what is, “flow?”
“Flow,” in the sense of skating, is when everyone who is at a spot, or a contest, is in the same state of mind. Like when we were taking photos today, even though you weren’t skating you were still in the same mindset that I was in order to get the trick.

Does that make sense?

Yeah man, I get what your saying for sure.
Cool, so with RTP I was doing tricks that I knew I wanted to do as well as what I thought people wanted to see. So we stayed in that “flow” the whole time. It was great!

Did you know that you’d won before they announced it?
People kept telling me that I had won, and I just kept saying “There’s always next year.” Ha ha, no, it was really up in the air because if you were competing at the last spot, you couldn’t see what the other people were doing because there were so many of us that you had to start further back. I heard lots of cheering for other people so I had no idea!

Ha, yeah, I suppose that makes more sense, huh?
Yeah, and I say that because everything happens the way that it is supposed to. My contribution to rollerblading’s success is to keep doing what I do for the pure love of the sport. I’m not going to get sponsored, and I’m not worried about that because rollerblading will still be there whether I am sponsored or not. I also don’t need to start a comp, to raise money for another comp just to…

Was that a stab at me?! Ha, because I have literally done that exact thing but go ahead — “Fuck Chris Duke” — lets move on.
Well, no. I mean, ha ha, you do it because you want to support our local community. I’m saying we don’t need to do those things to save rollerblading.

I’ll accept that.
All right, good. Basically what I am trying to say is that we inspire one another. If we continue to do that and push one another, than that will shine through into other aspects and we will eventually end up where we are supposed to be.

So, basically, a positive attitude or belief that things will get better is what will save rollerblading.
Yes.

Good enough for me. Thank you so much for coming up here and shooting with me today, and congrats on your win at RTP this year!
My pleasure man, it was great to see you!