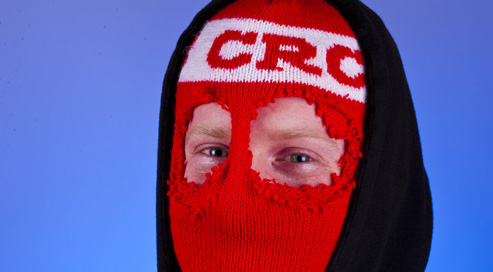 All right Adam, for anyone who doesn’t know, where the hell did you come from and how did you end up a rollerblader?
I grew up in a small town south of Kansas City called Wichita. I played roller hockey growing up, so I learned the basics of skating through that. My older sister’s friends were bladers, and they would come over and smoke weed with her. They told me about the indoor park and hooked it up on free sessions. That was it. I stopped playing hockey and started getting aggressive.

There’s a lot of bladers who would cut off an arm or perform some sort of humiliating task in order to secure a seat and section in one of AJ’s videos. How did you get on tour?
The bladers that I knew growing up were called W.A.R. crew (Wichita Area Rollerbladers), they knew all the KC dudes. When AJ was 16-17 he would come down and bring Alex and the K.F.C. crew (Kansas Fucking City). I was like 11-12 and met them then. Stayed in touch over the years and progressed, so AJ took notice and put me on.

In your #19 Am Hour AJ talks about your couch surfing chops. Where all have you been, and what have you learned while vagabonding around?
I’ve been ever-y-where man… I met a lot of sick people in so many cities that just were down-ass fools and like-minded, so I was able to stay with them. It just happens that there are down-ass, liked-minded fools in every city.

I know you broke your wrist, but didn’t you break something else while filming for “Pariah”? What was the biggest set back during your time on tour?
Well, I actually didn’t break my wrist, it was the growth plate in my right hand that was broken. That was just the first of three. After that came the left heel and right heel; broke the left, bruised the right. That was on the LBC Aquarium parking garage. Then in Houston I broke my left hand trying a Fakie 5 off the bank over the stairs at the Houston Arts Center. Rough year for me, ha ha ha.

Have you ever been mistaken for Tommy Boy?
Fuck no.

Where are you now and what have you been doing with your days?
I’m living in my hometown right now, enjoying my mom’s time and my childhood homies’ time, shredding the (actually) sick parks here, cooking at a local restaurant and just ‘taken eht eeeezzzzzzzeeeee.’

When it’s time to relax and not worry about the blades, what kinda shit do you get in to?
PARTY PARTY PARTY… Coffee, music, fashion, da ladies, good food and keeping my hair.

In your opinion, who has the best section in “Pariah,” and/or what’s your favorite blade section to watch?
Tough question — they are all good. Everyone took something new and brought it to the table for this, so every bit of it is fun to watch for me, but Paul (‘fuhhhccckkk you buddy’) John Piencak holds my favorite part.

Tell us something that people don’t know about you.
I will fuck you up if you cross the line.

What’s hot in blading? What’s not?
Dean Coward’s hair is HOT… Rock Killers are not.

What are you going to do when we finish this interview?
Spliff 30, you should go BIC your head.

Good, go do that — it’s over. Thanks, Adam. Enjoy the time with your mom and homies.

“my sisters friends were bladers they used to come smoke weed with her”…those dudes were dicking your sister down bro, good luck living with your mom

This is sweet, I’m an OG who moved to Wichita three years ago, I haven’t seen one rollerblader here yet. Haven’t done much street skating, but have skated every park here. I don’t think kids here even know what rollerblading is!