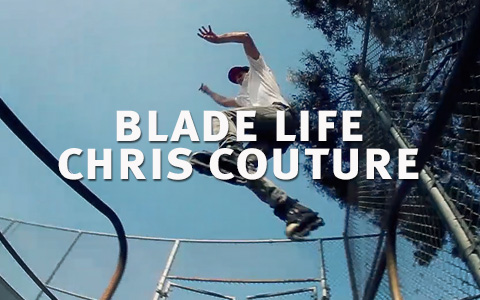 Hey Chris, let’s start with the basics: age, location, occupation?
I’m 29, from Kalamazoo, Michigan, now living in San Diego CA. I’m currently about to start my new job as a substitute teacher, but I work as a cook at night and on occasion I do stuff for the magazine.

You’ve been in San Diego for what, like just shy of two years?
Yeah it’ll be two years in January. Wild… time flies.

Why exactly did you relocate from Michigan to San Diego?
Mostly because it’s always been a dream of mine. I’m not a fan of snow — or more specifically four months of nothing but snow, ice, and cold. I’ve had the California dream since before VG11, but that film definitely cemented the idea. I’m also lucky to have a wonderful girlfriend who also loves the CaliLife…

What has the experience been like; was it like you expected? If not, how has it differed from your expectations?
Everything has been exactly what I thought it would be and more. The weather is perfect 95% of the time, the people are super chill, and for the most part more openminded than what I’m used to back home, which I like. The blading, of course, is amazing. I have barely hit up half the spots… 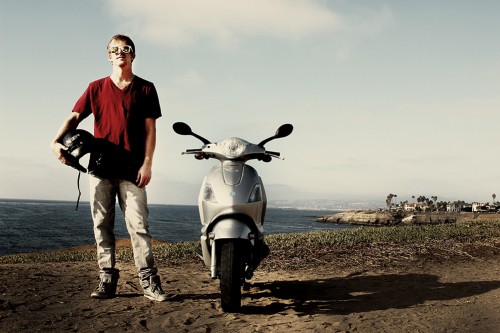 As a transplant from points elsewhere, how would you describe the attitude amongst SD’s bladers?
Everybody here has been very welcoming, accepting and super cool. We have a really cool scene here in SD — there’re so many bladers scattered all over SD.  There are usually multiple sessions going on at once, and depending on what area of town your in, you can meet up accordingly. Facebook and the SDSF group page helps out with that.

During our sessions you’d frequently mention that you’re not used to “skating year round.” Want to elaborate on that, and what it’s meant for your blading?
Imagine taking five months off from your favorite activity every year. Not only does that halt progression, but it’s a super bummer. The ability to blade all year around has honestly made me a better blader. I’m stronger, and more on point than I have ever been. Also more seasoned, so it’s a nice combo. If you really love blading, you’ll make the hard choices needed to do it as often as possible. I did and I’m happier for it.

After we’d known each other for a bit it came up that you bladed at the first Detroit IMYTA, which I was also at. In fact, you told me that you got my boy Ron Copeland out on the big gap to drop that Frederick ended up 540ing. That right?
Yeah, my first pro comp — ha ha. My mom drove me and my brothers and friends down to watch.  But then they were asking if people wanted to sign up and I was like, “Screw it.” I ended up having a clip in the video as the only guy with no name in the prelims section. I got to the second round and it was me against Copeland. Everybody was hitting the bike rack over the gap to drop. But I asked Azikiwee to move the bike rack, he didn’t believe me, and then I did it. I broke an axel and rode away. Josh Petty brought it back to me, I was honored. Later on in the third round I was up against Dustin Halleran. He got me out on the bike rack to transfer to the handrail.

Did you make it to any other IMYTAs?
I made it to the second year at Detroit, but I had a badly sprained ankle and couldn’t put any weight on it. So I didn’t compete.

What about other comps or events, what was your best performance or showing at one of those things?
Probably my next best comp would be getting into the Top 10 for the pro comp at the BCSD 2005, the year Sean Kelso won I think. I remember falling while blading a down ledge in the back of the course with PJ… a not so awesome ending to a great comp.

That’s when you and many people had aspirations of being pro bladers, right? Do you think that goal has changed for the new generations? Or rather, how did that goal impact your life up until now?
I think everybody has had that dream — if they don’t admit it, they are lying. At least on some small level. But yeah, it means something different nowadays I think. It’s more of an established norm that being pro is more of a lifestyle hobby that usually includes other jobs to support yourself. I think people still want that dream, obviously, less because it provides money, but because a lifetime validation of an art you have given your blood for. It’s impacted my life in the sense that early on I realized a college education was gonna be a necessary fall back plan. (I earned a Bachelors in Comparative Religion and a minor in Philosophy/Logic.) A Plan B that I will be expanding in the future. I’ve done the hard labor routine for the past 15 years, and I’m glad to be done with it.

Since moving out here and being exposed to more skaters and more blading and more opinions on blading, what have you learned, or has it reinforced anything you had decided previously?
It reinforced for me really to be myself. California, and especially the area where I live (Ocean Beach/Point Loma) is pretty well know for being eccentric, an example is its nickname, “The Peoples Republic of OB.” We are all still just experimenting with a blank canvas, this idea that rules exist in something so subjective such as blading is ridiculous. The trends, the styles, the tricks, music, clothing — it’s all our own to manipulate. So most important, be different — but start with being yourself. 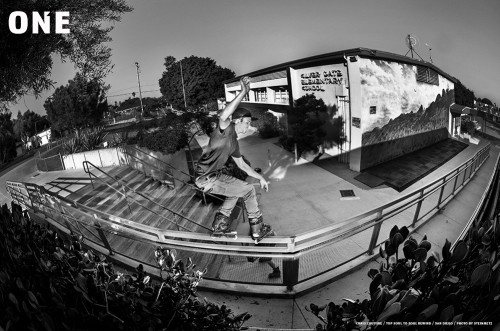 Anyway, you’ve been skating for a long time. What’s a good story about something blade life relevant that’s happened to you during all those years? Either good or bad.
Ha ha, this is kinda sad. My first trip out to SD, Kato got me, Alex Miranda, and Andrew Scherf a room at a hotel for SDSF Open or something. My buddy Brian Weis tagged along after the Razors premiere that was part of the event. The night before flying out, I’d stayed up partying all night in Detroit partying with Brian and Adam Niemera. Anyway, so here we are in this SD hotel room with Alex, Scherf, Brian and me doing our thing, rolling up, when all of a sudden everybody I had looked up to at the event rolled into our room — Farmer, Haffey, Demetrios, etc. I was so tired, jet lagged, and completely on another level from my first day of Cali green, that I basically passed out super early in the space between the bed and the wall. Like, literally I was that guy passed out in the corner. All I remember is later that night, Haffey was awesome and told everybody to leave ’cause Brian and I were way too tired and obviously still on midwest time.

You seem like the kind of guy that has opinions on what would “save rollerblading.” Am I right? If so, please share.
I am very opinionated, this is a fact. I honestly just believe we can all do better as a community by having discourse more often. By this I do not mean shouting matches of who is right or wrong, but instead thoughtful points and counter points, made with respect, and afterward each party being left with respect and admiration for each other. This is an art many have lost, and that’s not isolated to blading. When I see illogical viewpoints or decisions, I think about them and then comment, or make a statement related to it. Which I think people often misunderstand. Be proud you blade — don’t take shit from anybody. Stand up for who you are in a respectful manner.

I once made a bunch of people mad by saying something was the “worst thing in blading.” What do you think, is there a “worst thing” in blading?
Conformity and privilege. If you’re copying a trend, you’re already out of style. Also, nobody owes you a damn thing.

Lately there’s been more oddball mainstream kinda blade stuff coming out from all over the world. What do you think about that?
I’m juiced! The idea that blading is becoming a staple again in popular society world wide is good for everybody with blades on their feet… or those who want them. As annoying as it is to see skateboards in every single commercial, movie, or TV show, it’s there and never leaving. It’s established. Blading needs that again in pop culture today, without a homophobic joke behind it.

What do you think is the best blade product ever made?
Design idea? The soul frame, or the H-block. Product? Still waiting on that…

Name one person that blading is worse off for losing to time/energy/life?
Dustin Latimer. I truly believe nobody has or will have the creative mind, as well as athletic ability and style, that he did. Style especially.

Most exciting thing you’ve seen in blading recently or ever?
Aaron Feinberg grinding the rafters at the Motor City Shakedown comp in Detroit. Dude could have died.

Have friends and family been supportive of your pursuit of Blade Life?
Yes and no. In the past 10 years, yes, but as a kid, transitioning out of hockey into blading took a toll on my family, they were heavily against it. I have been very fortunate the past nine years to have the support of my beautiful girlfriend, Katie Griffith. She means the world to me, and has always supported every decision I have ever made, on and off the blades. As well as you, doggy. You have given me somebody to look up to and admire.. you have also given me opportunity on and off the blades, and I thank you for that my friend. 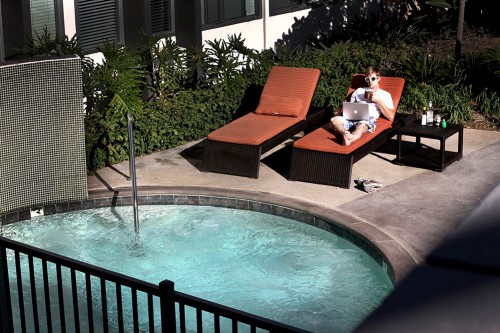 Biggest hurdle you’ve had to overcome in your life so far?
Hmmm… paying my own way through college was pretty tough. Ha ha, I have a feeling I haven’t had the hardest hurdle yet to over come… Marriage, kids, I’m sure that will top everything I’ve dealt with so far.

Can you name one reason we shouldn’t end this interview right here?
Because we love having discourse… Life story starting — Oh wait, we just did that…

So proud of you and all you have accomplished.