On December 21, 2014 I sent a FB message to Keaton Newsom that said, “You follow up your online flame war with an online Q&A with me.” One day later on the 22nd I sent him a list of questions. Then, unlike the several prior attempts at getting an interview with Keaton, something surprising happened — less than nine hours later we had the first round of answers. But then, nothing else showed up. For several weeks I’d check in about the rest, then finally 15 months later, in March 2015 I messaged Keaton again saying I wanted to run the original answers as he’d written them. He said that was cool, he’d revisit and send updates. That never happened. Then we talked about doing something official later in 2015 when he came to CA for Blading Cup. That also didn’t work out. And so it would be another three years before looking back on these messages and rediscovering this lost interview.

It is incredibly hard to believe there will never be another of these conversations had with a young man I watched grow up over the course of 15 years.

Keaton, let’s start at the top. What exactly do you do for Ground Control? And how involved were you in the development of the BIG frame?
I am currently* brand/team manager. The creation of the BIG frame was a collaborative effort between Andy Wegener, Geoff Acers, the riders, and myself. Many probably don’t know, but Andy is actually the mastermind behind most of the product designs. He works hard to find the materials and design whatever we as riders — and my self as brand manager — decide we want to make. That being said, the idea behind the BIG frame was to create a frame that would allow you to do all the same tricks/grinds on bigger wheels as you would a normal size frame. Simple, right? So upon receiving the position, we had a plan in mind and the idea behind this new frame was created… Andy and Geoff worked closely with me and riders testing the frames, discussing what needed to be done, etc. And as for the brand, our plan was to re-create the team and essentially try to re-vamp the brand/image to keep the influence it has always had in the industry. So again, I, along with the new team, decide what that will be and how to go about it. 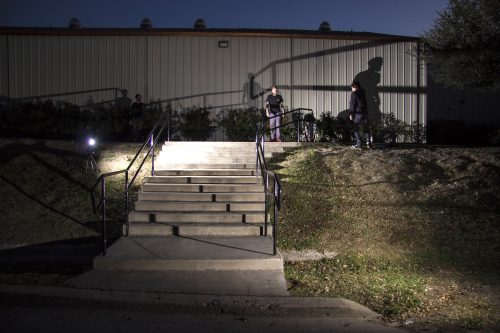 How do they feel about your outspoken online persona? I seem to remember some Facebook comments being deleted back around Blading Cup…
Well, I tend to speak my mind probably a bit too often. Especially as a representative of the company, I really should watch what I say and when I say it. However, first and foremost, I’m a fucking rollerblader. Have been for 15+ years. I wouldn’t have taken this position, nor would have I received the position, if I wasn’t passionate about the sport. I speak my mind and I like to believe that as a company we have a group of individuals that have the same vision in mind. However, my comments and my opinions are my own and they should not be reflected on Ground Control. Having said that, Jon Elliot asked me to ride for Ground Control and I feel a responsibility to keep what he had once envisioned in place. He is a legend and in many more ways than one. So, although I probably shouldn’t express my opinions on everything (which I don’t, believe me) I feel someone needs to stand up for what they and others believe. I care more about rollerblading than I do about Ground Control, and if these kids/grown men can’t handle the truth then so be it. I’m pretty much focused on the future.

Speaking of Facebook, can you put into words how the social network and social media in general has impacted our community of bladers?
Yeah man, it’s ridiculous. Everyday I wake up and grab a cup of joe then check the ‘Gram, then Facebook, and before I even get in the shower I have my own thoughts and opinions on the community/industry that day. And it’s safe to say I’m not the only one. However, although I saw this and that, I might not have seen this or that because it was posted yesterday or has been pushed down behind all the other posts. Basically, we are exposed to so much marketing material, random blade content, etc., that it’s hard to be exclusive and hold a reputation like the pros/companies before us. We are so available these days, that some random kid with an iPhone and a new company can post the shit out of their product and/or bash someone else’s, and we as a community can’t tell if they are right or wrong. We just see Likes and Comments. It’s crap. The respect for the those at the top has kinda been lost it seems. 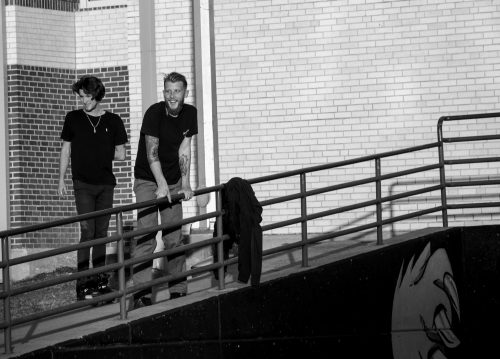 Recently you’ve had a busy couple days on the inter webs. What’s going on?
Going back to my answer to the previous question, I basically was fed up with how “How to be Unpopular / Mushroom Blading” was portraying our sport while creating controversy within. Not to mention their podcasts seem to only ever be interviews with old school heads (not so involved in the industry) or random shit talkers on the web… It seems after every podcast, some shit pot is stirred and everyone has to listen to what was said at 43:00 or 300:00 minutes into the interview. Not to mention the interview was conducted by a bias media group. 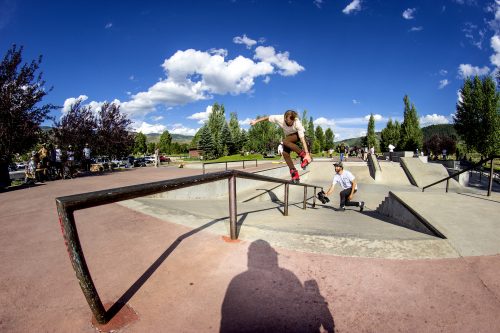 I also don’t dig the image of recreational skaters trying to represent aggressive skating (Rollerblading/Aggressive, we know). I’m not saying that’s all they are or that’s bad, but even their name says it all. They constantly make a joke of rollerblading it seems. At this point in my career and in blading, myself and those before me have worked way too hard to be made look like a bunch of recreational skaters skating around cones and shit. It’s embarrassing. 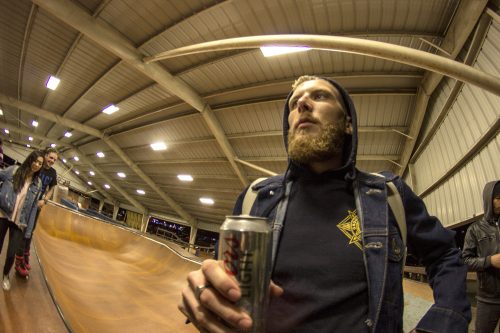 So… having said all that — lol — I decided to confront them about what I believed and they ended up doing exactly what I should have expected. I would hope Jon Elliot would be patting me on the shoulder. Like, I know Joey and Todd are good dudes and have been blading (aggressive and big wheeling) for a while. Really I guess I did not choose my wording wisely but I apart from that, I stand by what I said. 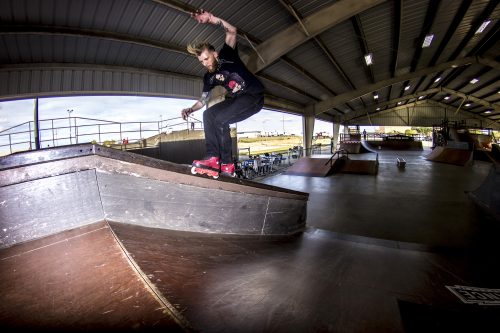 How do you feel having a comment you posted online reposted by another group with a divergent agenda and becoming a topic of unsolicited comment and discussion?
Hahaha, exactly. Umm, well, yeah, I guess I can’t say I’m surprised. I was definitely a little outlandish in my comments, but yeah, exactly what you said. They’re another group with a divergent agenda, posting shit that a lot of times only creates controversy. It’s annoying seeing an image from them that we were and still are made fun by every other sport. Their name speaks for itself… It’s kinda like saying “We’re so cool because we know we are not cool.” When I’m sitting here saying, “Fuck that… did you just see what Nils Jansons did or for that matter, what Kare Lindberg did in his latest Valo EU section?” 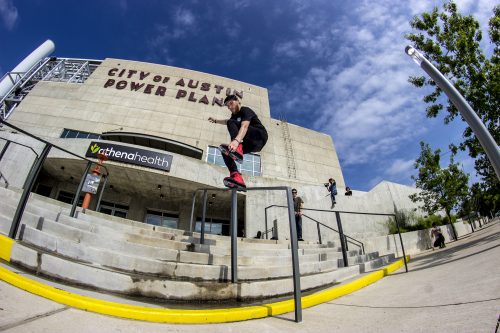 So is this about the BIG frame or just about the schism between sub-genres in our teeny, tiny, micropenis of an industry?
Haha. No, although some might think otherwise. Like I said earlier, I do not speak for the company when I present my own opinions on my own time and my own FB account. And anyone with half a brain knows or should know this. And no, this isn’t about the BIG frames at all lol. However, I was given this position because of my passion for the sport and for Ground Control. 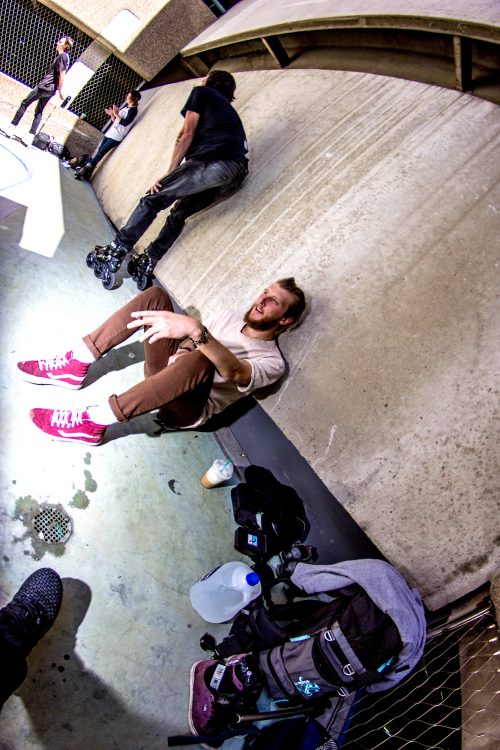 As an impartial outside observer, what is the story with the frame? Why did it ship with a UFS pin receiver that needs to be modded on a lot of skates?
The BIGs frames fit within the UFS requirements, meaning that the mounting points are spaced 6.5 inches apart from each other to match the base mounts on a skate’s soul frames. There is not a standard UFS pin in the current aggressive market. Some companies offer 2mm pins, such as USD, Xsjado, Seba. But other boots companies offer a slightly higher pin, some with no pin at all. The BIGs were designed with the 2mm pin to accommodate most skates, while offering the lowest center of gravity with the 72mm wheel.

If your soul pins are too high, something you can measure with the thickness of a U.S. Nickel (1.95 mm), it’s a simple modification that can be completed with a hand file.

And that was the last of it. After much back-and-forth the rest of the interview was never answered, the questions forgotten, and other features completed and posted.

These are the last words we have from Keaton that were made for public consumption. It brings great sadness to post them knowing we will never again speak with our friend, but there is comfort in *hearing* the charm behind his friendly posturing and remembering how much fun it was to shoot the breeze.

Goodbye, Keaton. You will be remembered and missed. Roll in Peace, friend. 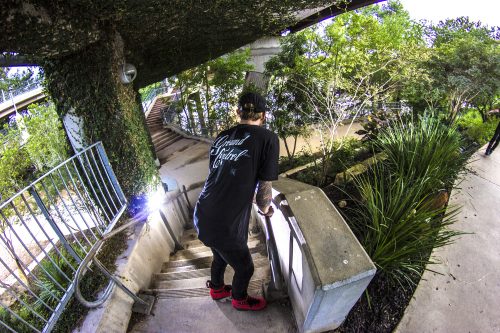 All photos by Joseph Gammill