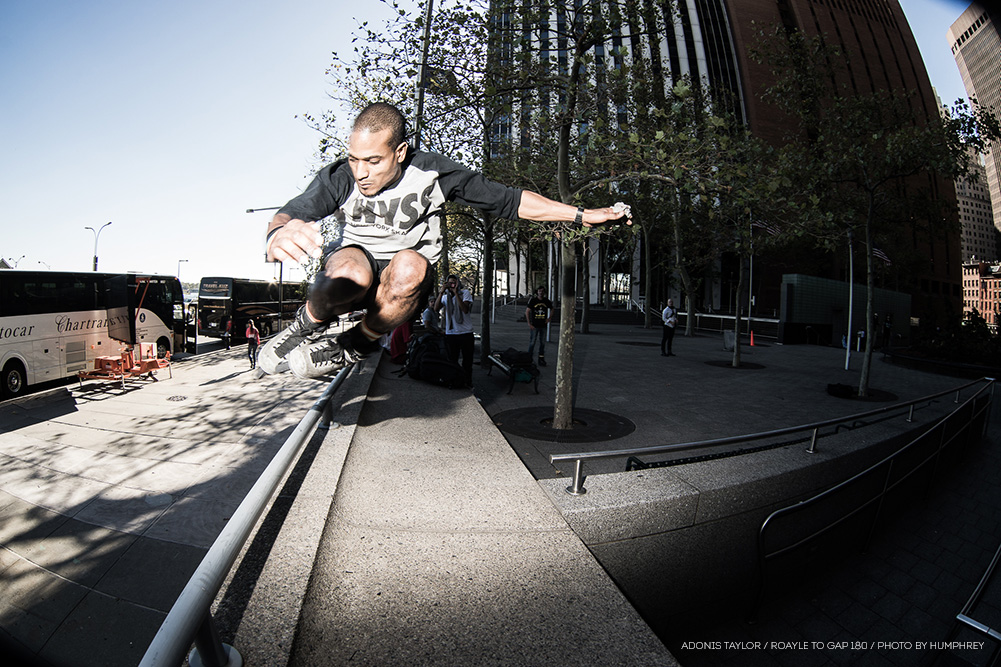 If you know Drew Humphrey then the article you’re about to read will not be a surprise. If you don’t know Drew, well, this will give you some insight into the mysterious inner-workings of this former New Yorker-turned-Portlander. It might be the most “Drew” thing of all time. Which is to say it’s great and a celebration of the “ah, fuck it” attitude so many of us possesses. So learn a little about what’s going on in NYC with this story about a guy from the city going back for a week, and sort of seeing all his plans come together, but not quite. Because doing otherwise is certainly not for Drew.

It has been about two years since I last visited back home, so I thought it was time I went back to New York City, which I did September 20-27. I was excited for all the skating and seeing all my friends. Though I moved to Portland about two and half years ago and can never imagine moving back to NYC, it is always nice to visit. 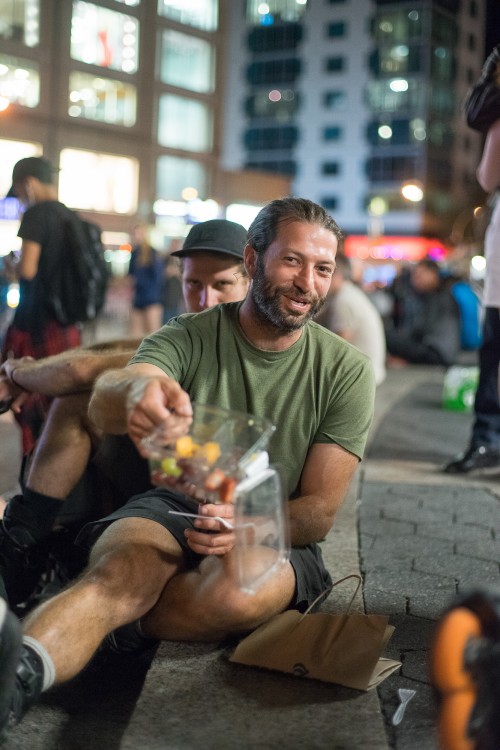 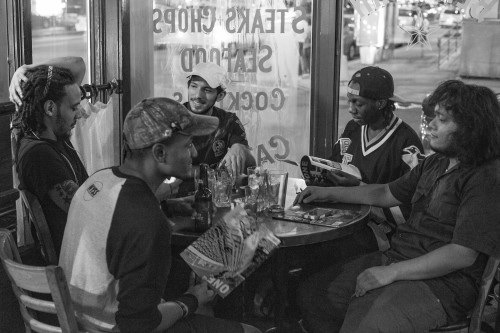 One thing I was really looking forward to was Wednesday Night Skate. It is a two hour skate that spans anywhere between 9-13 miles. The meet up is at Union Square in Manhattan and departure is 8 pm sharp. The route could just be in Manhattan, or to the outer boroughs. You never know! But the best part is at the end we just roll up in this bar with our skates on to end the night. In the spirit of having some fun I decided on not telling anyone I was going to be there for a little surprise, and to my surprise, Leon Basin was in town! As the skate went on, I was at the back of the pack and lost the whole group. I then proceeded to head over to Times Square to meet up with Adonis Taylor. We ended up doing our own skate and met everyone else at the bar. 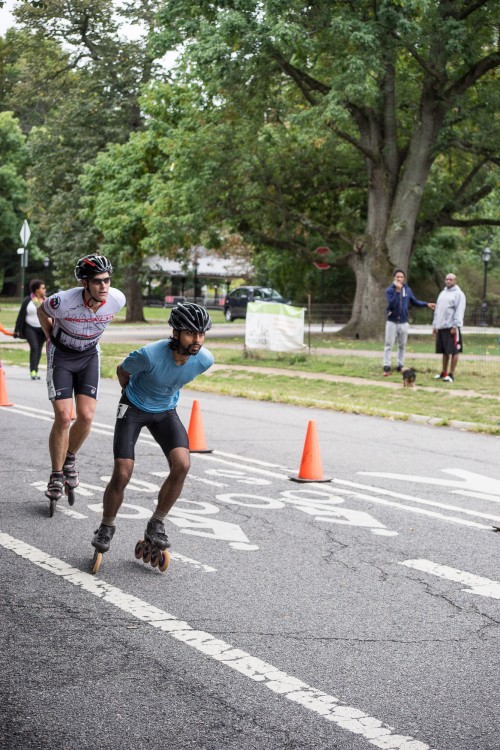 Arnav Shah out in front 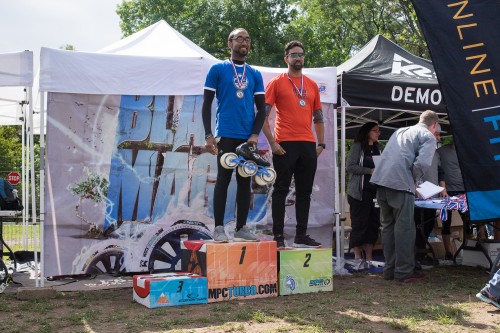 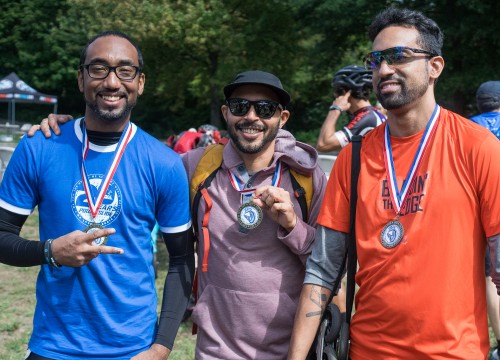 A few days later on Saturday morning was the New York Inline Marathon at Prospect Park. I decided to head over there and take some photos. When I arrived, most of the marathon participants were done, but the 100k was still going on. I got some shots of one of my favorite skaters, Arnav “Sonic” Shah, finishing up in the 100k. Sonic does it all — marathons, 100k, Athens to Atlanta, Slalom, and now aggressive. As it all finished, it was time to announce the winners. Ariel Surun (Rollerblade) took first place in his age group. We also had two more aggressive bladers place in their age groups too. Steve Cortez (Powerslide) took first place for a second year, followed by Edwin Ureña in second. 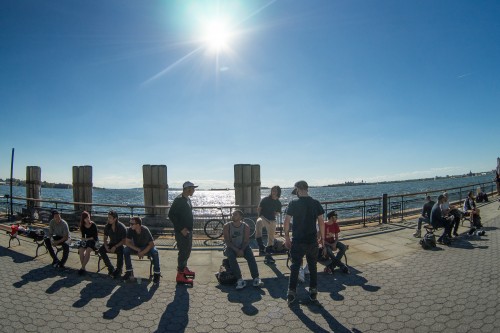 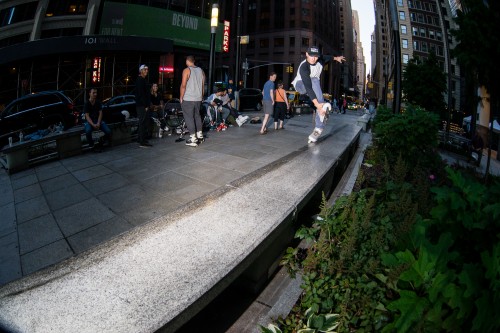 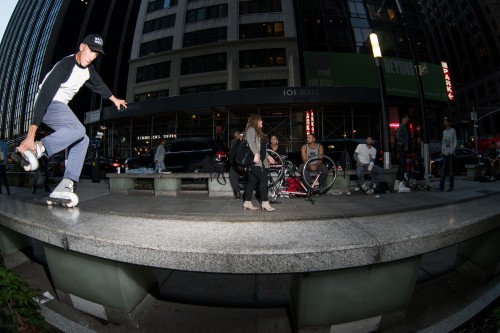 Later on in the day there was a meet up at 1 pm in Battery Park I’d organized, just like we used to do back in the day. Of course I was running on rollerblading time and showed up a little late, but it was okay because there was a good turnout of skaters from NYC and New Jersey. We started out skating the high ledge at Battery Park, then headed off to rail city (Vietnam Memorial) where I got a photo of Adonis Taylor doing a royale to 180 gap over the rail. We then all rolled over to Wall St. to the infamous marble ledges. There must have been about 20 of us just having an awesome time like we used to in the early 2000s.

The night ended with most everyone heading home but a few of us headed over to the Blader Nation warehouse. Tony Ferreira just opened this warehouse in Bushwick, Brooklyn where he runs an inline/scooter shop. To keep everyone entertained he’s built boxes and rails and some indoor ramps. It’s a cool setup. 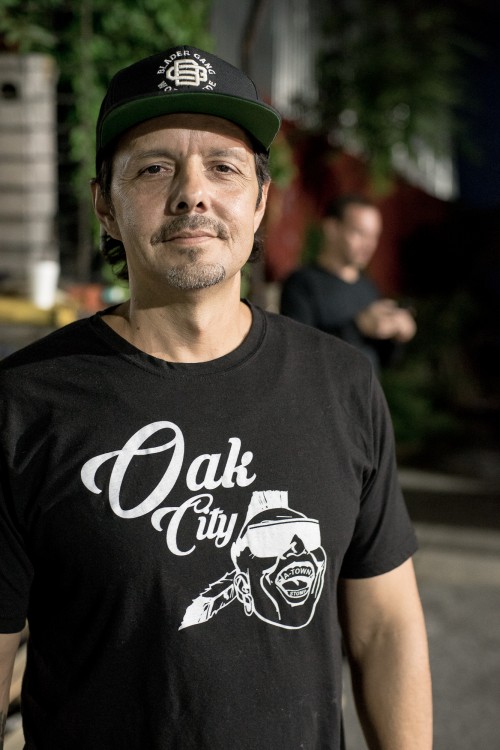 Adonis on the bars

For my last day of blading the city Billy Gonzales and I met up to get a photo I’d been wanting to get for over two years. Though we didn’t get the shot it was good to hang out. Afterwards Tommy Hearn and Joakim Fletcher met us at Coleman Skatepark on the Lower East Side where I was able to get a few shots. From there we hit F.D.R. ledges — one of the few covered spots in the city — but I didn’t end up blading much myself. Though I did manage to get a couple pictures there too. 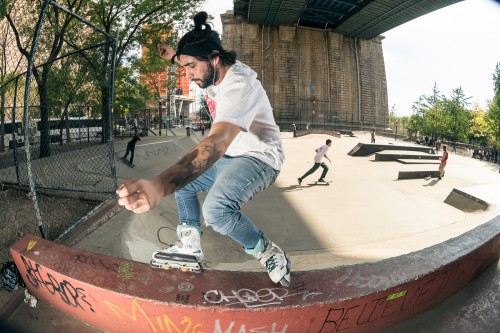 On my last day in New York I met up with fellow rollerblader, Joey Rogers. He was visiting from Jacksonville, Florida with his girlfriend so he could propose to her (she said yes). We met up at Union Square and got some Halal food from one of the good carts nearby. After we ate the delicious food, we decided to find a bar that could accommodate our early drinking needs. Thanks to the city’s hospitality we got to hang out, have a few beers and shots, then I was off to pack and head home to Portland. 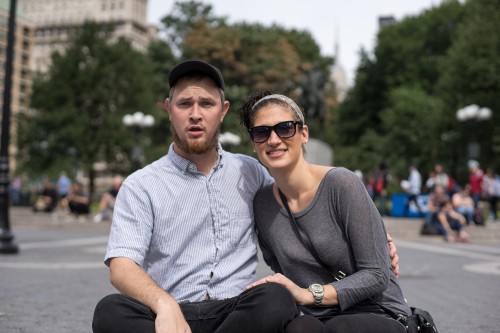 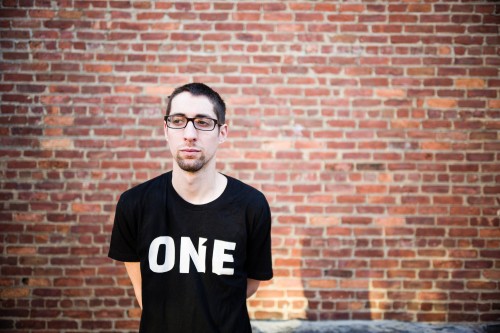 Photos and words by Drew Humphrey