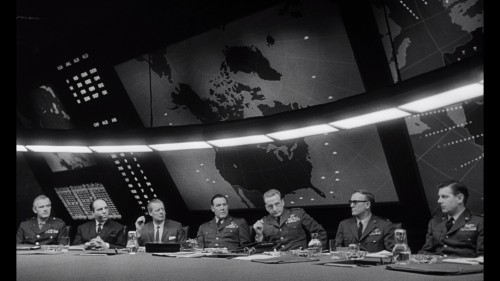 Meetings — it’s all anyone wants to talk about today.

Which is funny, because all day every single day this same topic (save blading) is hashed out over and over again by bladers the world over. But then I guess we are talking about that every other day, so whatever. We’re back to square one.

The thing about meetings in rollerblading is… they’re not what you think they are.

It’s always good to get people together to try to work towards a common goal, but have you met any rollerbladers lately? Have you witnessed any form of cooperation just naturally take its course?

Or at least we’re pretty sure we are.

Not being at the meeting (and proud!) we can only speculate on the exact nature of conversation, but it has likely got to do with the long, hard, look-yourself-in-the-mirror, come to Jesus realization that many folks in that room had because 2014 was not a good year for blading economics. Neither was 2013. Or several years before that.

Faced with the brutal outlook of another WORSE year, something had to be done. Hence these people in a room.

But like Andy Wegener himself said on a FB thread about the meeting, “I don’t have the answer to the main problem of our industry of how to get new kids into the sport,” like, what’s to come from the meeting?

I’ve been to a bunch. About contests, about marketing, about how to handle the eventual knock on the door from the Olympics (it didn’t come), and more. In nearly every instance the only thing that was accomplished was the meeting “leader” presenting their agenda. Maybe they get some support, maybe they don’t. But the decisions have usually already been committed to, mentally at least, so the odds of getting people to “come around” aren’t great. On both sides. The presenter is presetting what they consider the best option. The crowd is either “haters” or “lovers” so objectivity is questionable.

The point is, at the end of the meeting usually the only thing that happens is bitching about the actual practice of having the meeting.

Take the concept of getting kids into skating. That has been a main topic at almost every blade meeting we’ve ever attended. Still not happening. Still the most important thing to consider. (Though Tracy White has a lot of the formula figured out.)

For the companies in that room and others to succeed, and for rollerblading to grow (I guess that was the point of the meeting) we should most of us just keep doing what we’re doing and focus only on making ourselves and other skaters happy.

Pandering to people is for hacks, lames and phonies.

But then, that’s what the public thinks we are — because we’ve pandered for a long time.

In the annals of sporting goods lore, mountain biking and surfing stand out as success stories because these two sports managed to get as huge as they are on their own merits. No one had to trick anyone to try surfing — it just looks cool. Mountain Biking isn’t the same aesthetic perfection as surfing, but it’s a more practical way for many people to ride bikes and it encouraged people to look at bikes differently. That grassroots participation snowballed until these two sports (in different time periods and phases) came to be the SRS BIZNESS they are today.

Where do were fit into those narratives? Can we boast of similar success?

Not really. Not since the brief moments after our inception, when all the world wanted a piece of rollerlbading. But you know what your industry leaders did during that time? They pushed everyone away to preserve the “integrity” of the sport — which when translated with today’s more developed bullshit-sniffing technology sounds like “protect our own small kingdom.”

So please take a moment to savor the irony of our current situation.

At a time when our sport had the money and power to influence, we were worried about petty shit and making sure that the uncool corporations paying for this all to happen knew they were resented. Looking back, that’s a pretty unfortunate misstep.

You might argue now that we have the passion and the know-how to do it better, to do it right. But that’s a tough thing to quantify. And without a lot of money, it’s even harder.

What we suggest for you is the same thing we’ll suggest for ourselves. Blade for you. Make blading stuff that you like. The rest will sort itself out in good time. Or not. But at least you did what you wanted when you had the time.