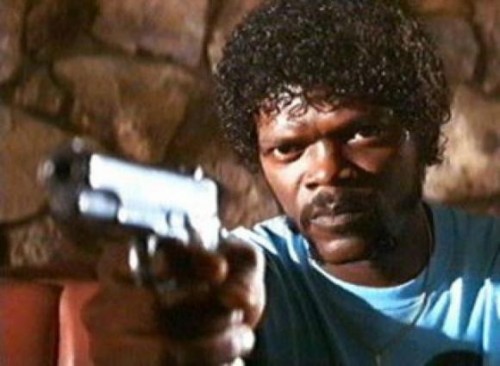 Written by Rob Zbranek - Published on Tuesday, May 8th, 2012

There’s no better music to soothe the ears while pecking out a blog (or RANT in this case) than The Smashing Pumpkins Greatest Hits, Rotten Apples. I personally have no qualms with your opinion of my musical taste, nor do I give a shit if you care or agree with anything I have to say from here on out. So either continue on or click the “X” in the top right corner if you have already had enough.

Do I happen to be the only one that pulls up Rollernews.com every other day or so in wild hopes of discovering something really refreshing and inspirational? Come on now, don’t lie to yourself, much less me, about your daily habit of ‘trolling’ the interwebz in search of the dopest edit of the day. That magical HD capsule that relentlessly begs for another play. But, what you really find on your screen is utter disappointment. Yes, I have a certain standard by which I place edits and other rollerblading related media. My opinion suggests that sites showcasing rollerblading should publish content consistent with their own high standards as opposed to littering cyberspace and my head with complete, time wasting garbage. There should be some sort of filter that catches even the smallest granules of SHIT. Don’t point your hating finger at me calling me the HATER. I’m just the vehicle for that hating voice of yours. I LOVE everyone that rollerblades, regardless of how they do it. If you play hockey, ice skate, speed skate, bomb hills, exercise blade, etc. But if you display our grand ole ART in a forum that is seen around the globe, then I believe, in MY opinion, that it should be broadcast with some amount of quality assurance. Nothing more. Simple. Set a quality standard and abide by it. Rollerblading will be better because of it.

This Asian X-Games business is cool, especially with the prospect of having numerous global cities feature “Aggressive Inline” events. BCN for example! How rad would that be to see some of our favorite blading icons destroying some course or some street spot LIVE on your 720p HD television. Yeah, you couldn’t afford the 1080p on your rollerblading budget. Sorry, NO money here. Just passionate beings shredding the crust of Earth with no worries or illusions of being FAMOUS and filthy RICH! Just your odd, quirky, highly-creative souls sacrificing things we’re not even sure we’re sacrificing. We’re a hard old bunch of blokes aren’t we? Swallowing all sorts of cuisine. Not all food per se, either. But, do we REALLY want ESPN holding the reins of our ART? After all, they tossed us to the curb in ’03 and ‘curbed’ our perfect grills into oblivion. Yeah, it’s some foreign ESPN affiliate or what have you, and they might mean well, but, I mean shit, they have been throwing us across the televisions of the eastern world and apparently collecting the ratings they had hoped for. (Ed’s Note: Not really. Word is 2012 was last year for blading at Asian X.) Will they give up on us again and instead ‘curb’ our faces for the glory of Citroens* and beefed up Ford Focuses racing around in circles like rats searching for that next meal? Can we trust them?

What will all these words I’m writing even amount to though, really? Maybe provide nutrients to that seed I’ve planted in your dome? To maybe help you help me and everyone else that weilds a sword of protection? To protect our ART, our life, our blood. We should spill it only when we feel the need. Not on other corporate hands. Not on their fucking time! Yes, we need mainstream exposure like nobody’s business, but it must be the RIGHT exposure. The RIGHT time. Things are boiling up, the whitehead is almost ready to explode! Quality. That is what we should STAND for. We need hard asses out there taking chances and being badass motherfuckers. But do it RIGHT — as if there is a RIGHT way. Quality, damnit! Show the mainstream we’re worthy of being in their house without coming across like ass kissers. Do it our way, on our terms, and take them for everything we’re owed!

Rollerbladers are capable of some very serious shit! Mind blowing manuevers that’ll cause DVRs across the land to go into rewind mode. That’s how sick we are! Things are beginning to happen below the surface… and I know you all feel it too! I just don’t want to see myself sobbing at the sight of rollerblading being done up American History X-style anymore. We deserve the big screen. The big deals. We have the BIG tricks. Bring our BIG personalities to the front line. Allow them to STRIKE the heartstrings of the public and lure them inside the beautiful hell that is Rollerblading LIFE/CULTURE. We’re no doubt cooler than the rest without being cooler. Crack that PBR, CHUG, SMASH! We’re Bad Ass Motherfuckers whether you like it or not. Face it. Show everyone what we are. Don’t apologize. They Day of The Rope is near…

ESPN is just a vehicle to get to the people, and should be treated as such. Our only mistake was letting them think they knew what was best for us… and we are not the only guilty party in that. Sure, they gave us the boot to try and save their ratings (didn’t work) but now, skateboarding is a shell of it’s former self even with all that money and exposure… and all because of xgames/espn control. Any exposure is good and should be sought after, but we have to remember to keep fools like espn in their place, which is in check to the sport who’s content paying their bills… not the opposite.

Right on Beau! I was on to something I think. Thanks for the read brotha!

there’s your problem right in the first sentence. You visit Rollernews.

ahhh the I NEVER visit rollernews claim. Be real.

I have been reading about this same subject for 10 years now. “We don’t need corporate help” “Our time is coming” Really? When? When is rollerblading going to be in the spotlight again? Everybody seems to have the same answer…soon. Bullshit! You wanna know how to get rollerblading popular again, look at these people. Chris Haffey, Adam Johnson, the How to be unpopular guys, Will Kennedy, Daniel Kinney. Self promotion, touring and putting out videos, podcasting about rollerblading, creating essentially a year long contest, creating a television show. These five are perfect examples of not talking, but doing. Stepping into action, trying to make people aware of what rolling is and why we love it so much. Get up from the kids table, pull up a chair with adults, and start digging into the feast.

Blading was never about the spotlight. It was about that One love . That love you want to share with the world but yet you don’t want the world to take her away from you . Blading has always been my One and only true love. I just started to roll again. I was there in the start of USD and when skating was about to evolved into sometime amazing. I had to stop to serve my country . I end up traveling the world but I left my One love back at home, but I never forget her. Every time I see a staircase , I wonder if I can clear it. When ever I see a nice ledge . I wish I can just do a soul grind on it. When I got done with my tour , I end up buying me a pair of blades. It so happen to be the first USD Team skate. It has Dustin , Jon Julio , Josh Petty and Brian Shima initials on the back . Brought back a lot of good memories