The Science of Swag 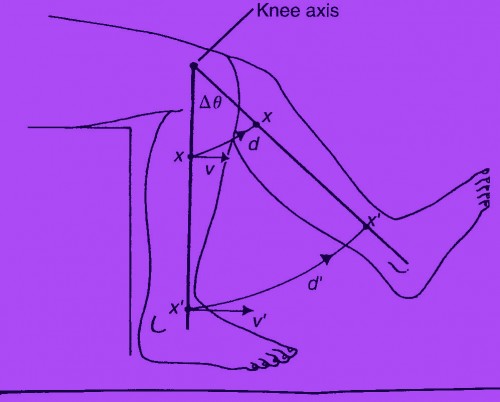 Thanks to a tip from a friend of a friend of a guy who knows this guy, we came up on this 2007 study on the “biomechanics of aggressive inline skating.” Particularly, this study was interested in the ins-and-outs of “landing and balancing on a grind rail.”

Check it out for yourself:

Currently, only epidemiological injury data have been reported for the new extreme sport of aggressive inline skating, or trick skating. No studies have examined the biomechanics of this sport, which involves repetitive jumping and landing from railings, ramps, and ledges, often over 1 m in height.

1-meter high — damn straight. Did you read Frank Stoner’s in-depth report on rail height and its relation to the Americans With Disabilities Act? Of course you did. And good on you. There you learned that most rails are of a standard height, which these scientists picked up on. Dayyyummm, they payin’ attention.

First off, who were these ten mystery bladers? If you read this and you participated in the study, PLEASE CONTACT US via the comments. Second, an “instrumented grind rail”?! We gotta party with these guys! But okay, the gist is: more experience means less impact, as does bent knees. Hmmm, kind of blade common sense.

But the study’s findings had a summary of their own (emphasis ours):

During stalls, skaters demonstrated classic balance maintenance strategies (ankle, hip, or multi-joint) depending on trick length. During grinds, skater centre of mass never passed over the rail base of support, suggesting the use of momentum produced from obliquely approaching the rail.

Why’s that important? Because it relates to style. And style is pretty much everything.

This study, conducted almost certainly by an enterprising blader climbing the academic/career ladder, points out what most experienced bladers learned long ago through trial and error: the good looking trick is usually the best feeling trick.

Though they use phrases like “impact force” and “knee flexion,” these terms can be loosely translated to “ill swag” or “budsing” or maybe even “hog out” in blade vernacular. Turns out there’s science to back up our innate understanding that smooth, well-balanced and cleanly-executed blade moves aren’t just better looking, they’re better for your body.

Pretty gnarly that someone took the time to study this. Shout out to scientists here for chalking up a W.