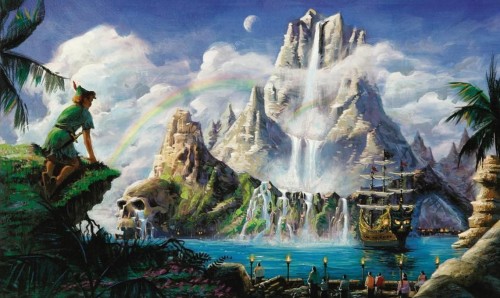 Forgive me Bl8 Gawt, for I have sinned. It’s been 162 days since my last blog.

Point is, a new year is upon us and I’ve got something to say that no one is gonna like:

ALL YOUR HEROES ARE DEAD

Well, not really — but it’s a great headline Vice used a long time ago for THIS and it just stuck with me.

But yesterday, when I read the long post about the financial ruins one might call the Winterclash economic picture, it was the first thing that came to mind. “Fuck, cat’s out of the bag now.”

To start, I feel bad for Jojo for getting so in debt. That sucks. But I saw that his fundraising is going well and he’ll likely get more than the 20,000 Euros sought. Doesn’t sound like a fun journey but at least maybe it’ll get resolved once and for all.

I was at that event in 2010 in Berlin. It was huge. But from what we saw behind the scenes it was pretty clear that things were going off the rails.

That is to say, maybe it could have been avoided. And I’m partly writing this to encourage people to do just that — avoid financial and/or life ruin for blading. Because here’s the cold hard truth: you’re more valuable in the long run if you can afford to buy skates.

Unless you, personally, are converting scores of non-bladers into bladers every month, then you should pursue your blading as a really dedicated hobby. Just like all the World Champion water skiers and boogie boarders and kite battlers out there. Go to school. Work a job. Raise a family. Blade hard and for yourself and for your love and build the scene in your area. Build it brick by brick if you have to, but it’s really the only option. People bitch online about not having the power to change things, but that’s wholly wrong. You can change anything — it just takes time, dedication and passion.

Now take a look at blading on a larger scale. Have you heard the phrase self-fulfilling prophecy? If not, this is what it means:

A self-fulfilling prophecy is a prediction that directly or indirectly causes itself to become true, by the very terms of the prophecy itself, due to positive feedback between belief and behavior.”

Some people are probably going to call me up to complain about this post and say that I’m contributing to the problem by writing this post. These same people had a problem when I did it a long time ago — basically pioneering the idea of saying “Look, these dudes aren’t really making money and they are, in fact, getting exploited in a lot of ways.” — and then they’re the same people that claim nowadays that no one’s “telling it like it is.” Truth is people believe what they want. What is convenient. Same with bladers. We like to believe everything is everyone else’s fault.

That line of thinking might lead you to believe that something or someone will SAVE blading. HA! Hilarious. No sir, we have to save ourselves and that starts with an honest assessment of where we are and what we need to do.

We figured that out at ONE a long time ago and pledged to always keep it grounded. We didn’t take out loans or make promises we couldn’t keep (well, we probably did and we’re sorry!), or do anything to overextend ourselves to the point where shit could get bad. We started with nothing, despite what you may believe. Was it fun or what we signed up for? No, not really. It meant tightening the purse strings and staying focused on what was really important — passing along information and history and as much contemporary media as we can muster. Building a consistent platform and letting it run for the long haul.

I mean, we all know it’s bad out there. There’s not a lot of moolah flying around our corner of the sport (more on that another day), but by refusing to accept debt as a business strategy we survived the recession and built a path towards long term sustainability. A big part of that is having real jobs and careers that pay the bills and cover the gaps (and there’s lots of those) when blading business can’t get it done.

But instead of ending this with a list of all the great companies that all of you have professed to love and adore, and supported with undying devotion — WHICH ALL THEN PROCEEDED TO DIE OFF ANYWAY — we decided to ask everyone to think about all the great brands that are here now. Out there RIGHT THIS MINUTE making wheels and clothes and frames or media — whatever they do. Think about them and don’t let them get put on the list. Take $5 or $10 or $100 and put it into their investment into rollerblading. You may love it, but there’s motherfuckers out there with credit card bills because of it. The people and brands you probably most respect. Because they have a dream and a vision and a team they want to support. Don’t let their dream turn to ruin.

Break the chain of our self-fulfilling prophecy of shit and take a step towards positivity for ourselves. Cynicism is fair, sure, but overwhelming within blading and it’s suffocating us. I just gave money to Chris (Smith) and David (Sizemore) for their new edit. I try to buy all the VODs and if I’ve missed any you jerks can email or message me to let me know. I owe Mike Torres a Wizard download too. He offered to pass it on for free and I declined. Would rather give him the money. Help him make something else. That’s how a community works.

And I’ll stop right there, cuz that’s the message. Pull together. Support your homies, and your homies’ homies. Give and get. Pay to play. Earn to burn. “Ass, grass or gas” as my man 2Raw would say. Whatever. If you read this far you got the message.

Now tell me to fuck myself. Because I’ve got more to say and I plan on typing it up soon.