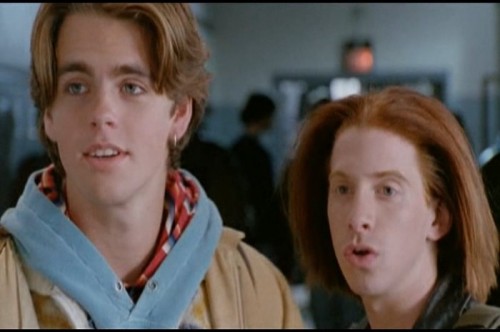 What we learned from Airborne

Which are you: Mitch or Wiley?

I saw Airborne when it played in theaters. Maybe even twice. As someone who was already blading around Akron, OH with a small crew, it was kinda like the story of our lives.

Except it wasn’t. It wasn’t the story of anyone’s life — it was a story about a time. And that time was the early ’90s, and blading was huge. So huge, that it ended up with a cornerstone role in a ridiculous movie directed by Rob Bowman. Rob directed Parker Lewis Can’t Lose before Airborne, and he directed The X-Files and other stuff since, including a series called Castle that’s on TV right now. (Never watched.)

The story of Mitchell Goosen being relocated to Cincinnati is known by almost all bladers, so there’s no use getting in to it. But what I’d instead like to touch on is this… an often-overlooked detail of the film that somehow, almost prophetically explained rollerblading to us before many of you ever strapped on blades.

I’m talking, of course, about the infamous I’M TOO SEXY scene.

After the initial fish-out-of-water story the two teens learn to respect/understand each other and realize that both have qualities to offer. And before long we’re in Wiley’s basement bedroom as he puts on a “fashion show” for Mitch while trying to decide what his “look” will be for his upcoming date. Set to Right Said Fred’s “I’m Too Sexy.” 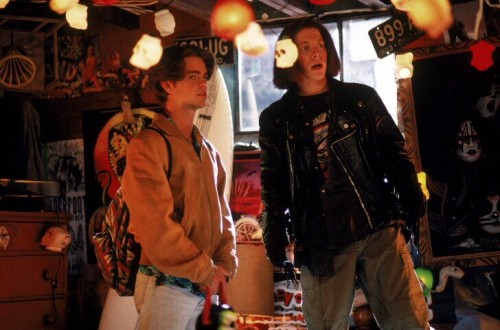 It was funny at the time because it was the ’90s and people weren’t all terribly ironic yet, but it’s hilarious now because holy shit did these people nail blading.

To my mind, Wiley is like many eager dudes/dudettes that get into blading and struggle with finding/choosing an identity and displaying a willingness to change up their outward presentation for a chance to fit in.

And Mitch. Mitch is pretty unflappable. He’s that image of how we like to imagine ourselves — confident, sure of our abilities, and ready to back up our words with action. A fine ideal.

The thing about Mitch is… he’s the most forgettable character in the flick. And maybe that’s saying something about the near-future for blading that came in the latter ’90s.

If Mitch was the ideal of what a skater could or should aspire to be, he wasn’t the guy that many of us identified with.

Instead, there’s Snake and Augie. 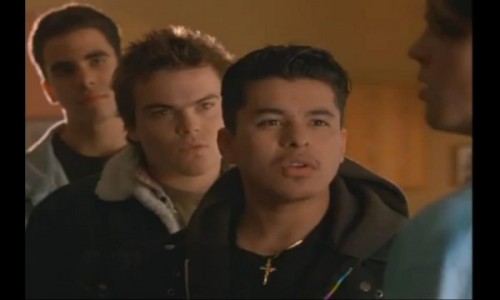 Snake and Augie were like real people. Or at least acted more like what real people seemed like in Ohio at the time. They played hockey. They caused trouble. They rolled around with the hockey crew and didn’t take shit from anyone.

Ironically, from the film’s perspective, these characters weren’t set up as touchstones the audience should identify with. They were just supporting players in the story of Mitch vs. Jack. But then life is full of unintended consequences.

And since this conflict of Mitch vs. Jack needed some kind of explosive and high-stakes challenge to prove which dude was more dudelier, it all came down to the Devil’s Backbone race. 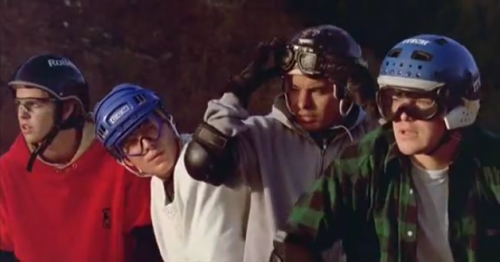 The downhill race in Airborne is the stuff of blade legend. It’s pretty amazing. And as a hill bomber in SD I can say NO THANK YOU. But beyond being a cool scene, the race sequence got a lot of OG blade legends paid stunt work. Chris Edwards. Chris Mitchell. Mike Opalek. (There’s more and if you were part of the action you should tell us in the comments.)

In fact, people like Mike Opalek met Chris Mitchell and Arlo Eisenberg because of Airborne. Skaters from all over the country tried out for the movie. It was the thing to do. And good thing it was, too, because without all those people meeting at that time blading probably would have been a very different creature all together.

I got off track somewhere, but who cares. It’s a blog! 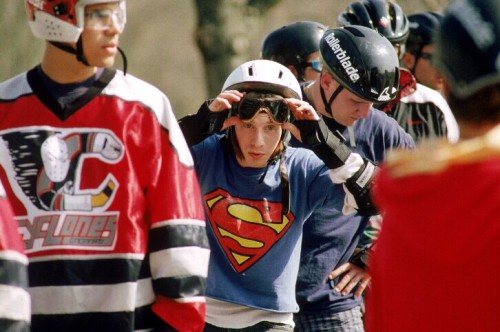 I started this post to mainly say one thing, and it’s this.

With no idea how much the producers and director of Airborne knew about rollerblading, they managed to either: A) accidentally predict many of our underlying traits as a culture, or B) heavily influence the way we could BECOME as a culture.

Regardless, their film remains the only time rollerblading was a central plot point used in a major motion picture*. And for that reason alone, it’s a bonafide classic.

*Brink was on TV and Rollerball was a remake of a rollerskating flick. Hackers had people on blades but wasn’t about blading, and Prayer of the Rollerboys… Well, yeah.

I based my whole shit on being an hybrid of Mitch and The Wu-Tang clan, painfully so.

Just to add to the * at the end there – at the end of Wu-Tang clan C.R.E.A.M music video, there are two dudes in Wu wear on rollerblades on the crane shot at the end outside the projects, anyone know who where these Wu-affiliated shoalin hustlers shredders?

Hey Neil, yeah we love watching those two dudes wild out in the video. You can see a flash of the one guy a couple times in the video, but only if you work it. Ha ha.

Im 30 now and i can proudly say that i have grown up along with the rollerblading culture. Since life gets busier and the risks of being injured and unable to work to pay the rent makes you think twice about attempting that blindside trick you’ve been trying all month, i still blade any time i can. Everything about airborne represents me. I subconciously have character traits from all characters in the movie and still watch it at least 4-5 times a year. This movie started so much for us in australia especially when he mentions the golden tanned sheelas from down under haha gold! Anyway my point is that Airborne is and will always be the rollerbladers anthem. I can still recite the whole movie off by heart which says a lot about how it raised us. Long live rollerblading and bring back the tours and comps to sydney. I miss it and the new generation here are way to underground and my goal is to revive the scene through my hiphop music videos that i will be producing as off next year. Thanks for this article took me back to my roots real quick props and peace n love to all that made blading epic.

Good eye Neil, I have no idea who they are. But they are definitely hustlin’ for pennies on rollerblades.

Great story. Appreciate the comments both good and bad.