This past weekend photographer Corey Oringderff blew the dust off his old camera and made it over to the ninth annual A-Town Stomp in Atlanta. Hosted once again by the Starnes Bros, a featuring a choice location and obstacle setup that stands it apart from its contemporaries, this year’s event looks like it delivered yet again, with a mix of people, tricks, and clips. Check it all out.

It’s that time of year again. This year marks the ninth annual A-Town Stomp, properly thrown together by Carson and Brian Starnes, and it did not disappoint. The spot list was like no other, starting at a mellow down rail with ledges on either side, then a big square rail leading into the street, and finally an upside-down boat at a brewery. Competitor engagement was high at the first spot and Chris Smith took the Best Trick title with a top soyale to cab alley-oop soul on the ledge. 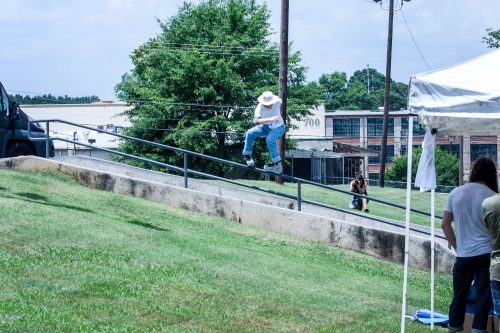 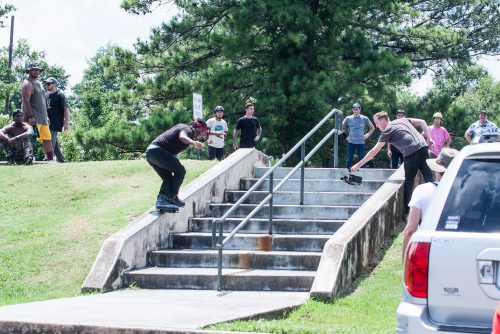 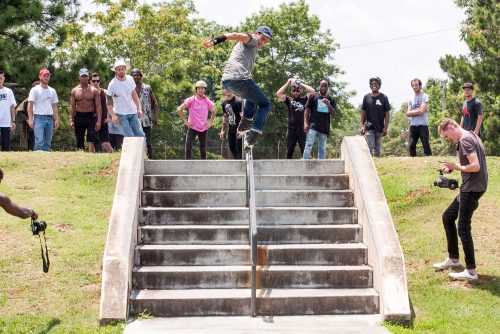 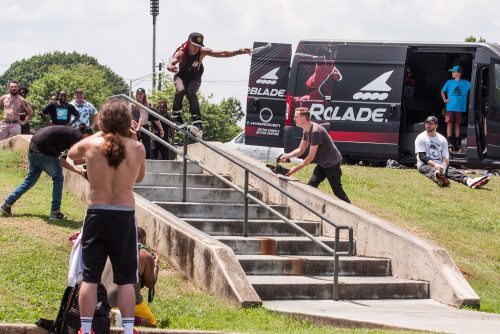 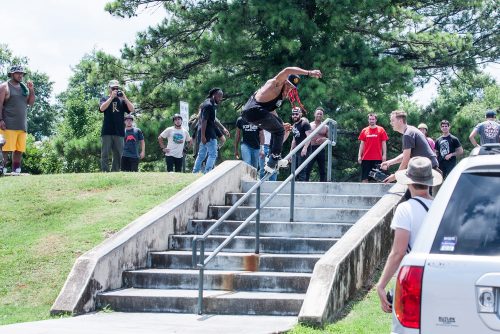 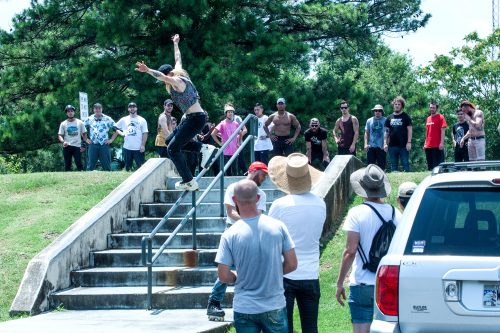 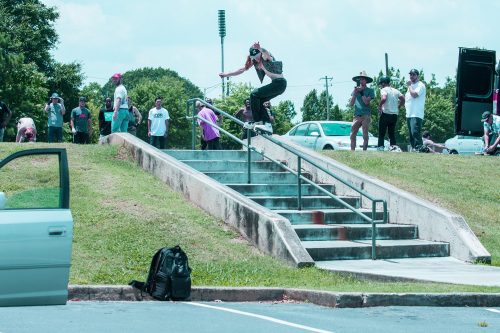 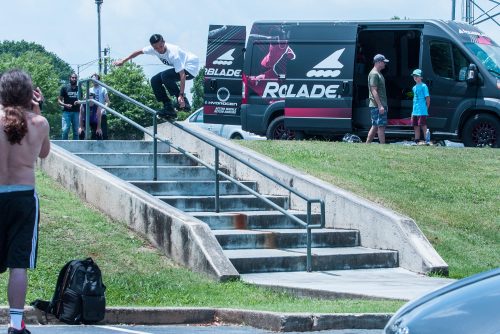 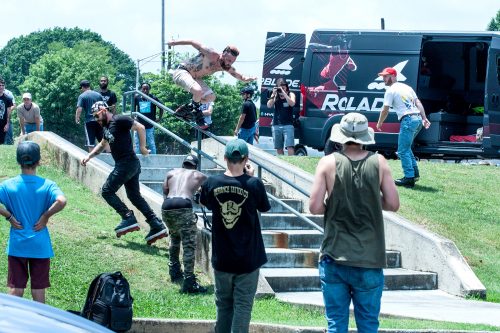 The second spot was a bit sketchier. It was a square yellow rail held up by blocks of concrete. The judging tent was blocking a third of the road, and the Starnes brothers were guiding traffic to keep the guys competing safe from on-coming cars. A busy intersection made this spot faster paced than the first one, but the guys skating made the best of it and wrecked the spot. 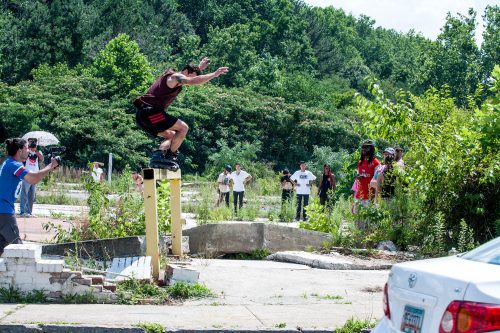 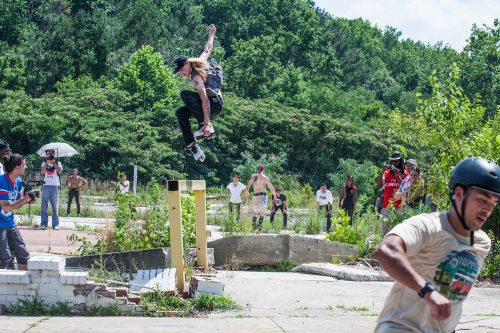 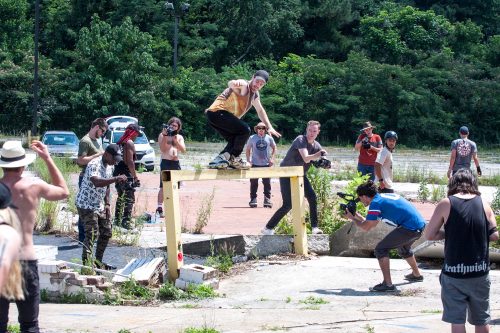 Third spot was a favorite, as usual. Traditionally the last spot isn’t a street spot, but rather a recreational vehicle. This year that obstacle was a boat with ramps on both sides and a box leading off the bow of the vessel. The spot was camped out at Arches Brewing and started off with a high-jump competition, like limbo, but with a ramp and going over the rail, which Montre won. Spectators had an opportunity to watch the show as well as enjoy a cold one, which drew attention from patrons of the brewery. After the competition we enjoyed the premier of Formosa, a film by The Cayenne Project, which also did not disappoint. 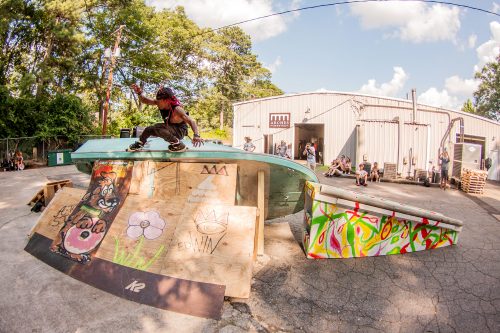 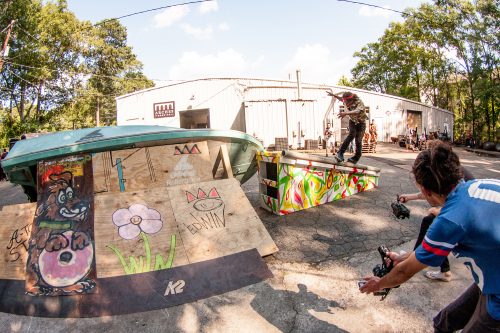 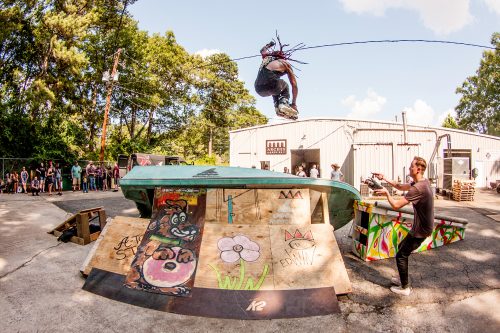 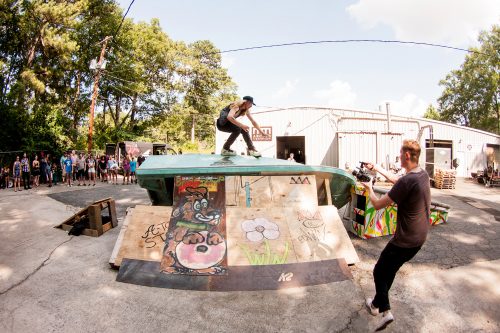 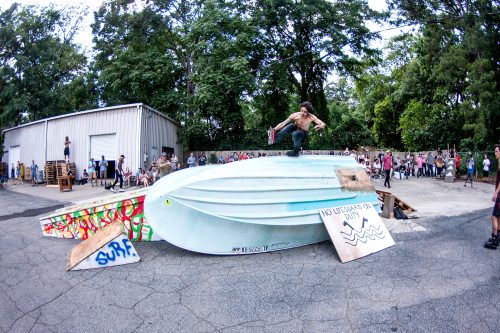 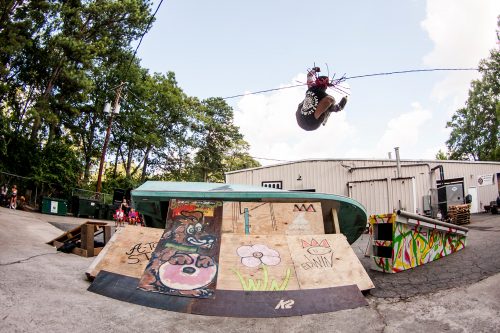 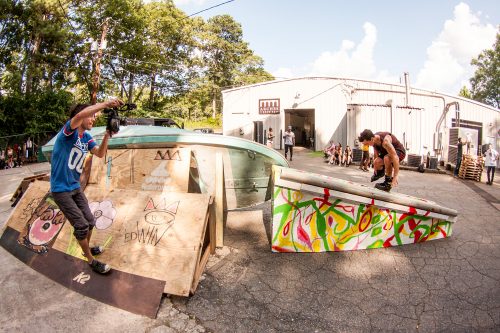 So that was the Stomp! Another year down and another success. Good times were had and will be remembered while we anticipate what the Starnes brothers and the Atlanta scene will do next year!
— Corey Oringderff