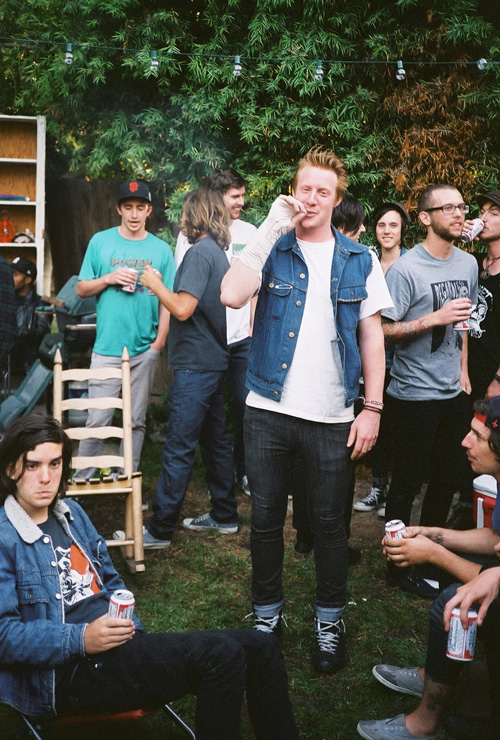 EVENTS: Shred 2 and Regardless Premiere Pics

Exline is getting ready.

John Haynes was on tour with Aj and Co. from the Pac West down to Long Beach, and his last night on tour was spent at the “Shred Til You’re Dead 2” and “Regardless” premiere. Aided by some strange film-fed Minolta point-and-shoot he captured some of the scenes he witnessed. Here’s a look at what you missed while bladers celebrated a great night of blade flicks. — ONE

Jerf is getting ready to show you a lot of quality footage.

There is a lot of good energy and positive vibes in this pic.

Keaton and your boy Jon Jon.

Ginger Bread Man and B Free.

The King keeps his court.

Daveeee Blair lines up his shot.

These bladers are walking.

This photo says a whole lot.

B Smith and squeeze.

Intuition took a break from Tweeting Neil Young and Shannon Hoon lyrics to make this face.

Jerks who think people should read what they write.

Amir and his posse.

We gave Arlo a Coors Light.

PJ getting squeezed by his squeeze.