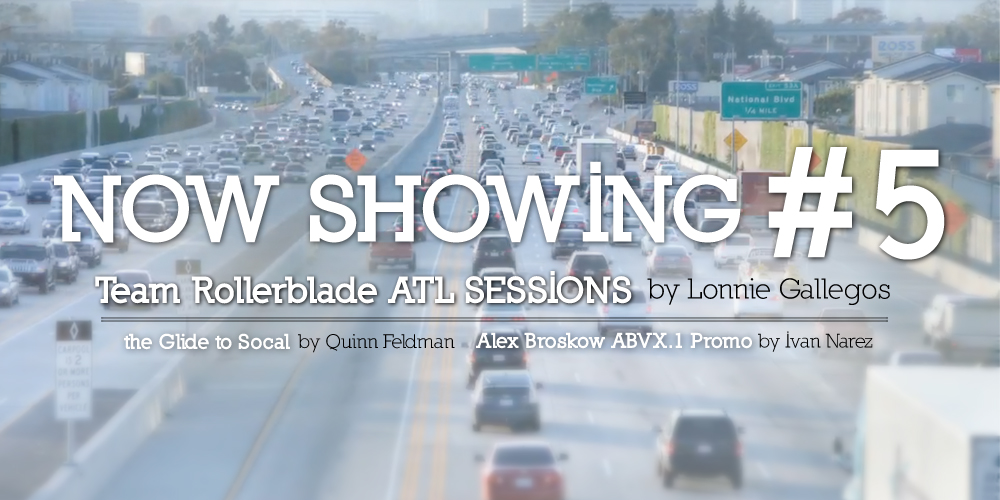 Though it just dropped a week or so back, Alex Broskow’s latest onliner definitely brings some re-play value. I just bought Pariah so in comparison this edit seems a bit on the tame side, but I think that is usually understood of most online content. Filmed and edited by Ivan Narez and Sean Kelso, you know what to expect when it comes to video quality — some crisp HVX work that looks impressive but doesn’t distract from the skating. It’s set to a sort of eery, but up beat, pop-punk song that keeps things moving, but doesn’t really provide much energy to get you juiced.

It starts off kind of slow with some gaps and small grinds. It is obvious some of the tricks in this edit aren’t incredibly challenging for Alex even though most people wouldn’t be able to do them, so in some ways this is a bummer. But like I said in the previous review, to me style is mostly about how comfortable a person looks in their own body. Some people seem to fight the fact their body is built this or that way and so they hunch or bend or move in awkward ways, maybe not entirely sure of how flexible or fast their reflexes are. Regardless of how difficult the trick is, Alex looks nice & comfy in every clip here, which can sometimes be even more motivating to go skate than seeing a guinness book hammer.

Another great thing about Alex’s style in general is that he always seems to do things in the most dangerous way possible, like the way he dark sides almost all of his soul tricks, or does soul tricks on incredibly nuttable hand rails that would still be considered hammers just doing a much safer frame trick of some kind. Or the way he drops down to true top acid of all tricks, coming off a back royale on the handicap rail about 1:30 into the edit. Or the way he torque souls to a head-on makio stall on a ten foot or so high rail that could have easily resulted in a misty flip to broken neck if he had under shot the makio.

Being able to spin off a backslide is one of those old school fairy tales, day dreaming about how crazy the future of blading will be. Not only does Alex spin off a backslide in this edit, he 540s over a decent sized gap off of a backslide. His ending banger is easy to overlook until you really stop to take a look and realize just how many problems there are with this skate spot. I mean there is a light post right in the middle of the rail which would be enough for most people to just say fuck it. It is still possible to gap to the second half, but it also has a loopdy loop rail around the light post that sticks out a bit making the gap even more awkward. It’s a crazy short rail, and has a dick at the end waiting to throw you face-first to the ground right when you think you’ve landed a nice disaster. Oh yeah, and it has no run up, so you either have to gap the first set or grind the rail and then in less than a second setup for the second rail avoiding all the crap I just described.

So anyways, before my forensic analysis gets too carried away here, it is a dope edit, packed with a lot of new school tricks that might take a second or third watching to appreciate, but almost every trick has a little something extra that makes it much harder than it seems at first glance.