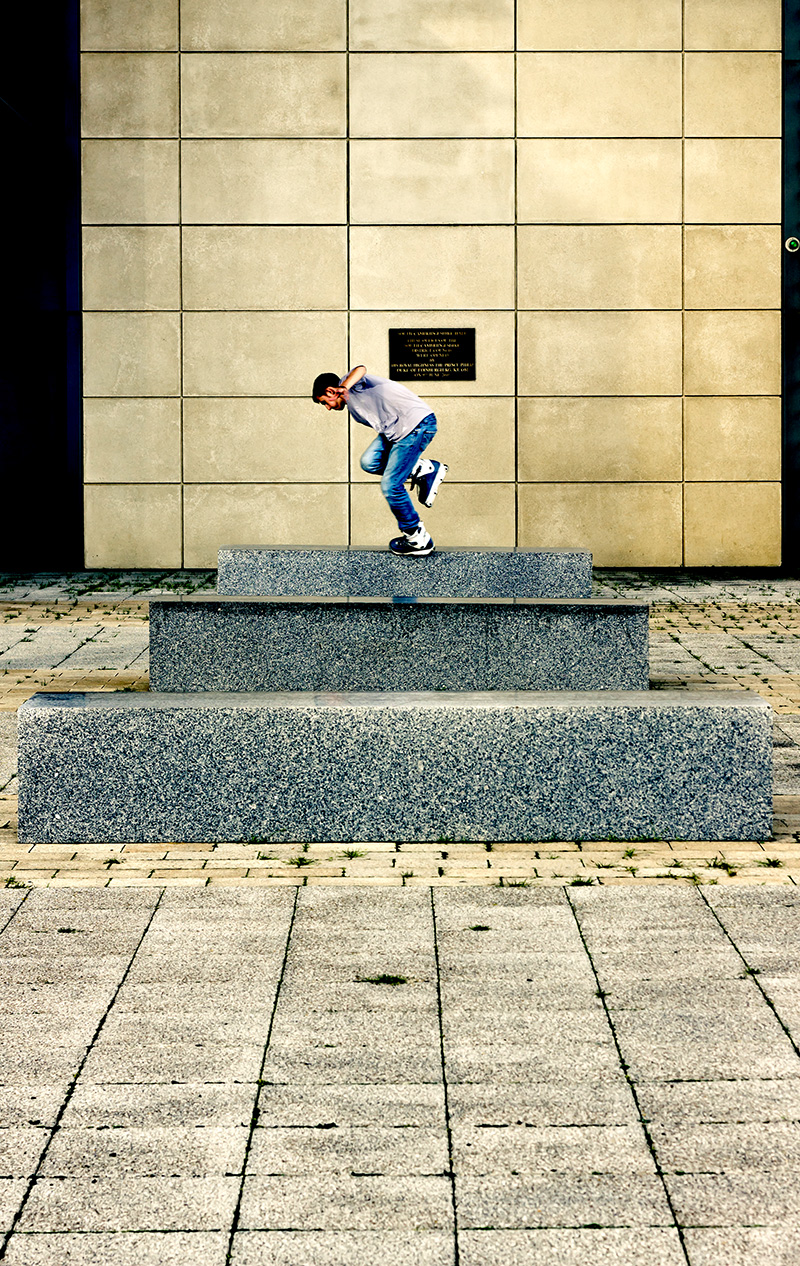 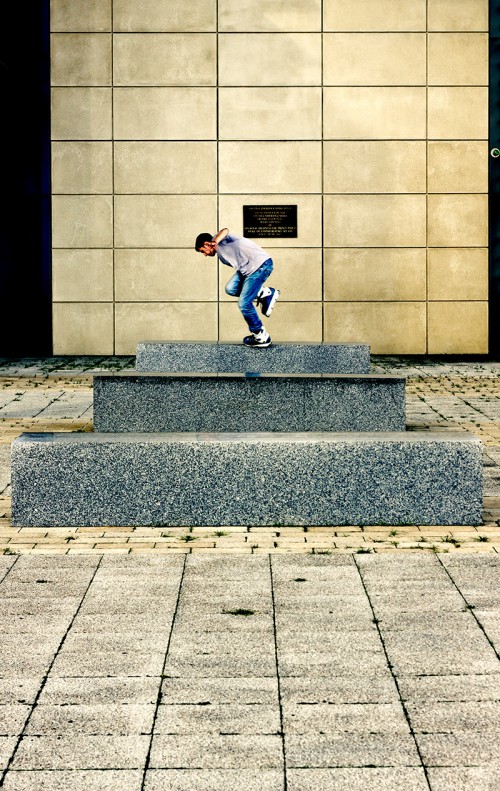 This was a day that we’d planned to skate in Cambridge, but after getting kicked out of three spots — complete with security asking us to leave — we decided to head home. But everyone was still juiced to skate, so we stopped off at this place called Cambourne which has a little skate park. The park is pretty lame, so the next spot was these ledges at the other end of town. I wanted to get a shot on them because even though they’re not a “hammer” of a spot, I thought they looked pretty cool with some symmetry involved.

James Fletcher is a dude who I’ve not skated with too much recently, so we decided to get a shot. At first he planned to top acid it, but not content with the difficulty level, he upped his game to get this AO fish… and a couple of attempts later we got this shot. The day went from being a total bust to one that was fairly productive.