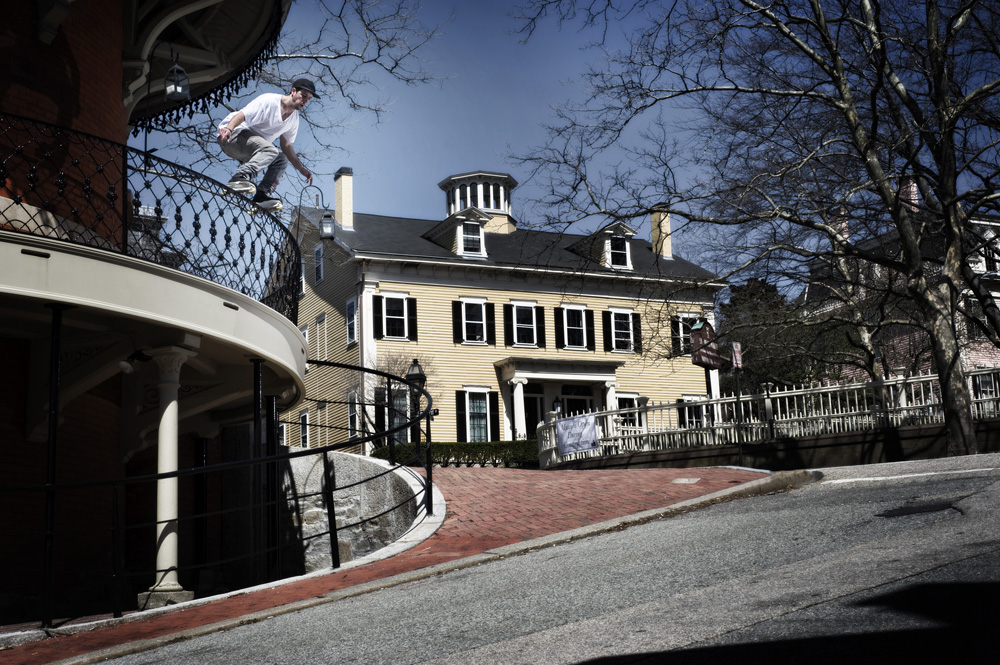 Jeff Dalnas has always been a good friend of mine, so any chance we have to shoot together is usually a blast. After the state of Rhode Island was nearly underwater after a week of solid rain, I decided to head up for a visit, and luckily we were graced with a few days of absolutely beautiful weather. Jeff had a few spots in mind to shoot, but most of them were either a bust, or there were cars in the way, so we decided to drive downtown and see what it had to offer. I spotted this gem and kept encouraging him that it would make an awesome photo. Of course, like the beast he is, Jeff complied and after two attempts we had the shot and were on our way. — Drew Amato

Wish this were a Wallpaper? Well, it is! Get yours here.