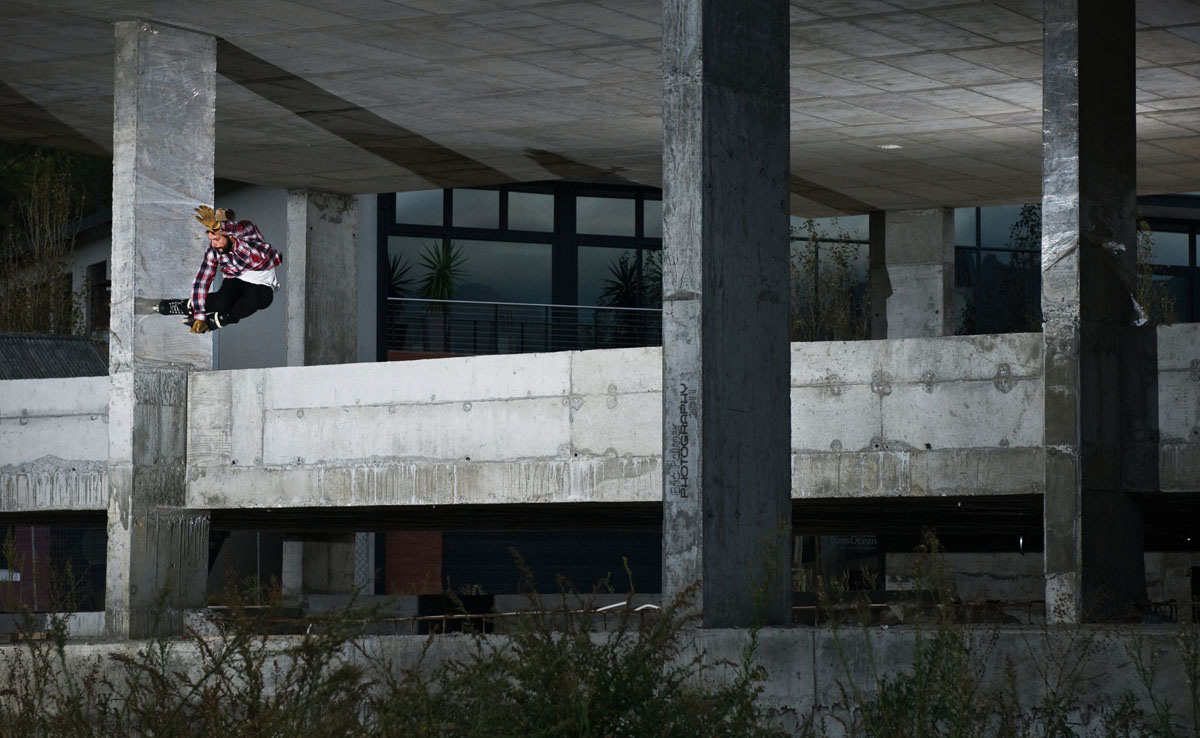 In the winter months here, while you guys have been enjoying summer, I went to an abandoned construction site right next to our local park to scout for spots. I found a nice little wallride to do, but the space was in need of a clean and there were a few puddles in the run up that needed to be sorted out. I went back the next day with a broom and had a look for some potential angles. Long shots have been doing it for me lately, so I was most keen on that angle. I went to get a friend to be my trigger finger, set the cam up on a tripod for him, set up my lighting (2 SB-600s back right, both on 1/2 at 85mm and an SB-900 to the left on 1/2 at 50mm), and then took a few test shots to dial my exposure in. 1/250th, f/5.6 and ISO 250 gave me what I was after. We managed to get the long shot pretty quickly then decided to try a few more angles… it’s not often I have someone keen to help me, and wanted to make the most of it. That’s when the fisheye came out, along with a few more goes to get the timing right. We did get one with my foot on the wall, but ended up preferring one just as I came off. The lighting setup stayed pretty much the same while the cam settings were 1/250th, f/4.5 and ISO 100. — Eric Palmer

I like the way you work yourself into your own photography Eric. I have always enjoyed your work.