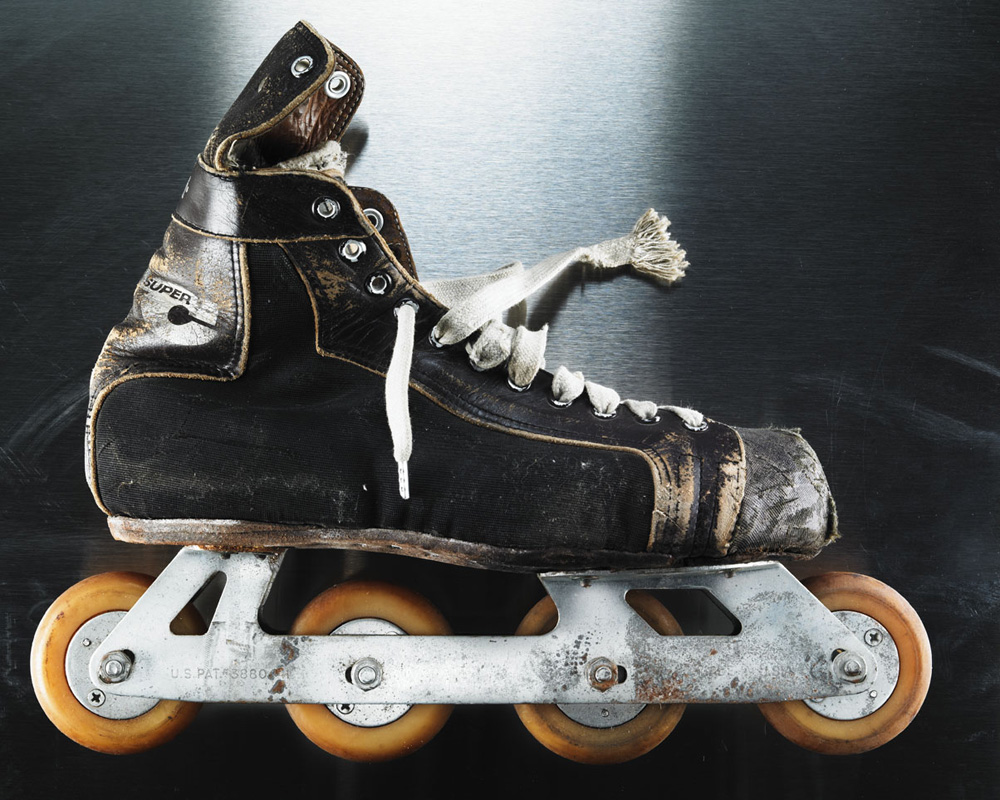 It’s really no one else’s fault that I missed my flight this morning. I could blame traffic, or blame my wife for driving “too slow” (though she did not drive too slow), or blame the dude at the ticket counter for not being there to let me on the plane, or blame TSA for hand-checking my camera bag and taking their sweet time in doing so. In reality it’s my fault for misreading my itinerary and thinking 6:15 am meant 6:50 am. So here I sit, waiting for another flight and texting my contact on the other end who is less than thrilled to have to rearrange his whole day because of me. I figured I may as well write a PHOTO JOURNAL while I wait.

(Ed’s note: John’s talking about flying to meet with the VX/STAR dudes.)

A few months back I was at a bar sitting next to a friend of a friend, through casual conversation I discovered his last name was Olson. A common Scandinavian last name indeed, though this Olson happens to be one of the Olsons who invented rollerblading. That’s right, not the guy who took the wheels out to grind, or the guy who invented brakes — the guy who started the whole deal. I asked if he had any old skates at his house and he said yeah, of course! He seemed slightly puzzled about why I was so excited, but he agreed to email me about the old skates. Through correspondence we arranged the exchange of many vintage Rollerblade skates, some with technology that was short lived or seems silly now. The crown jewel of the collection was the first skate that Rollerblade ever fashioned, an old hockey skate with a steel frame bolted to the bottom.

I shot these skates on a Sinar P2 with a Rollei 70mm lens and a PhaseOne H25 digital back. I used 2 650 Mole Richardson lights and 1 Mini Mole. I used plexiglass as diffusion scrims. — John Haynes

cool blades were the jam

Ha ha Blake, ain’t that the truth! I had that very style set up with neon green Hyper Fat Boys. Learned to frontside and backside on those crazy frames.

those blades are sikk

digital backs? jeez this guy has a deep pocket.

i photo assist at a studio that has the camera, lights, and yes the digital back i used for these photos… someday maybe…

macroblades were my first skates ever! took out the 3rd wheel and started grinding!