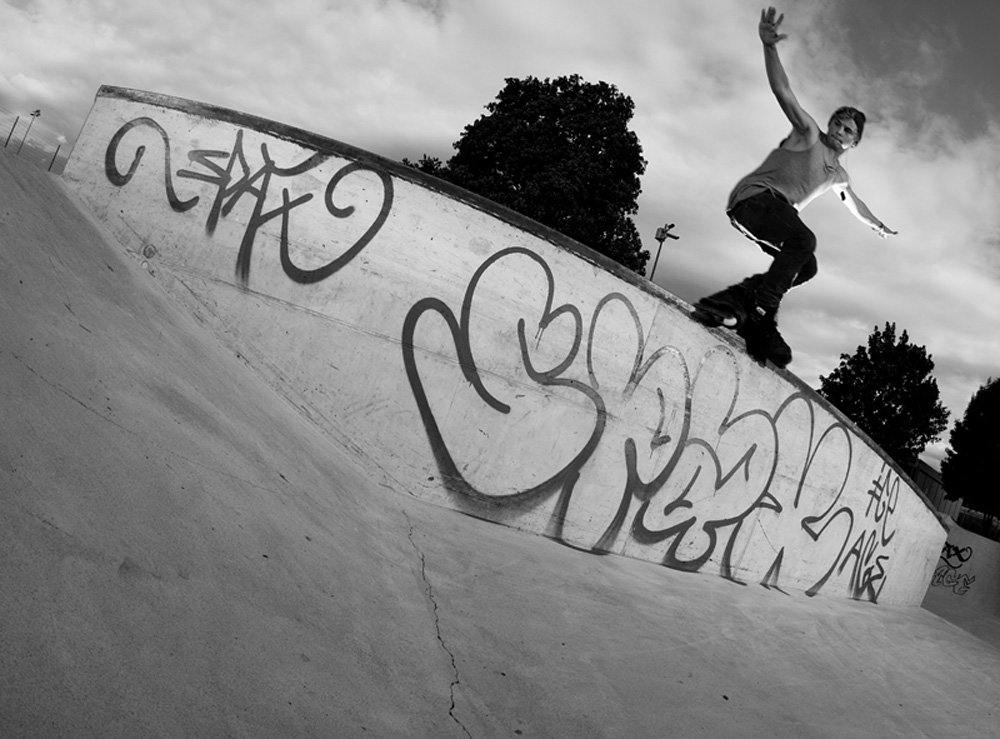 Martin Walchshofer came to my place to shoot for an interview in Balance Magazine. As there happened to be a RollTogether session in Switzerland, we went there. Before anybody arrived, we took the chance to get a shot without any lurkers in the background — Martin Walchshofer, the Austrian Nimh flow rider, representing with a Truespin Backside Savannah.

As the sun was shining, I stopped down to f9 at iso100 and 1/250. I used two flashes for the skater, as well as a rimlight right behind the ledge. I chose to make the shot black and white because the colors in the skatepark are not too nice. — Lui Summer