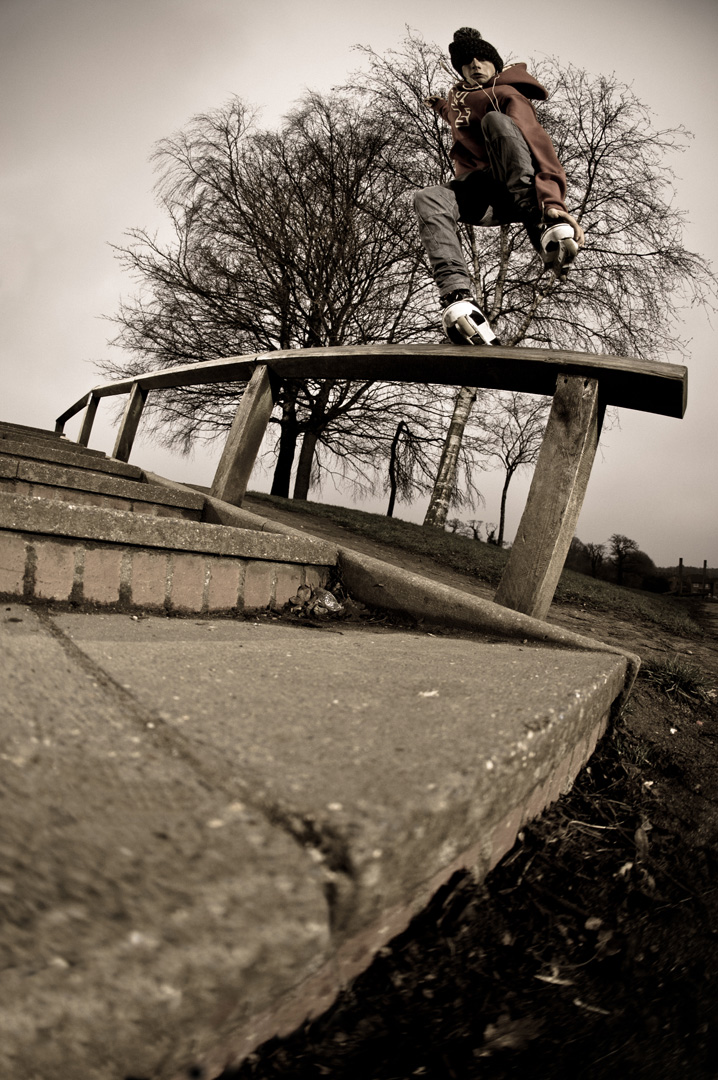 With yet another weekend spent in King’s Lynn with Matt Alway, shooting for his upcoming Wheel Scene profile (and that somewhat not going to plan), we were a bit lost after a long list of spots and ideas had failed for various reasons. At least we were until yet another failed idea lead us to these dirty wooden rails. With the rails in sight, I quickly grabbed my 10mm Sigma fisheye and set up two flashes, positioning one Canon 540EZ at the top of the stairs at 1/16th power with a diffuser to light the scene up, and the other right next to me set at 1/128th power with a diffuser as to give Matt a bit of fill. As he started to smash out a number of tricks I couldn’t help but greedily snap away, maybe as some form of compensation for the way the weekend had panned out thus far. What started out with simple tricks like back farvs and royales moved on to sweatstances, ect. Matt was slowly making his way through his vast vocabulary, but it was when he really started to push things that these sick switches, done with incredible ease and style, were captured. By no means did they compensate for the rough weekend, but they are sick shots. — Sam Cooper