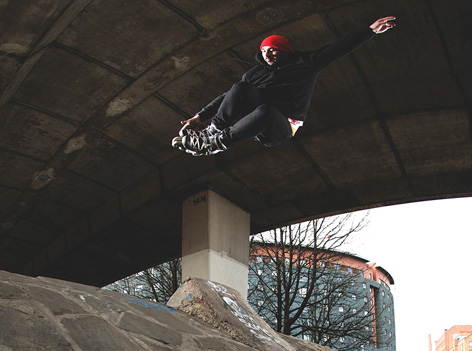 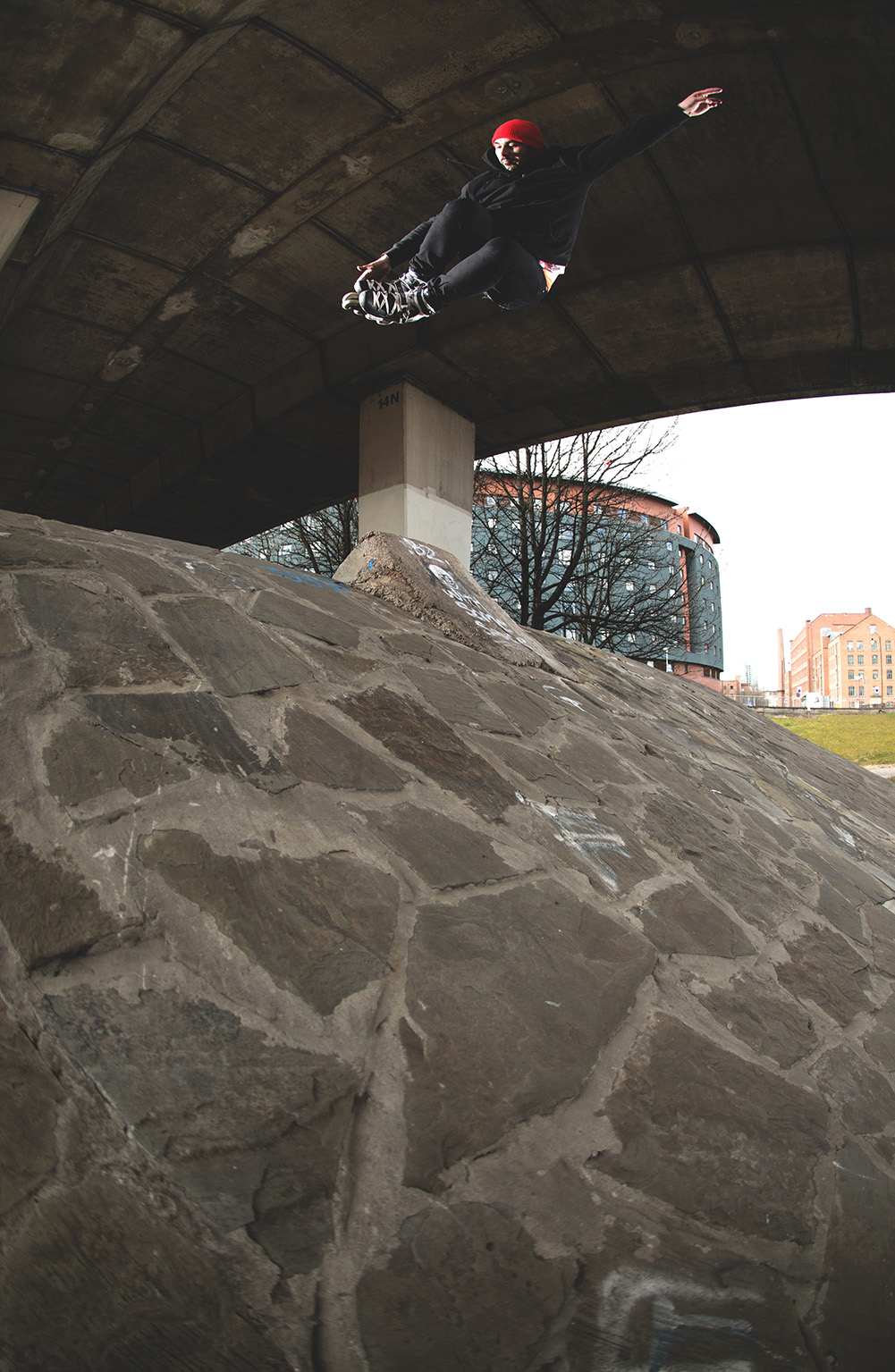 On one of those very rare and random sunny days up north, I found myself in Manchester, and it would have just been plain rude for me to not go see Mr. Davies. Over the last six months or so, Brett’s life has changed dramatically, forcing a huge change in his outlook on life and everything within it. Now a proud Dad to little baby Elis, fanatical about his Sebas and his health — a man who was once famed for his hatered of children, a lover of all things terrible for his body, and was purely a ledge based skater. He’s still the same old non-PC Brett that I had grown to love, but just better. Anyway, blue skies, sun, and all of Manchester to cruise around and so many of its spots to hit up. The day ended at a spot I’d had my eye on since the first time I drove into the city, so many years ago. Obviously too rough for standard sized wheels, it’s always been a “what if” spot, but Brett made simple work of the rough bank to launch out of the homemade kicker built on top of it. A few snaps later and this tasty Safty grab was captured, so we continued on our adventures in the sun.