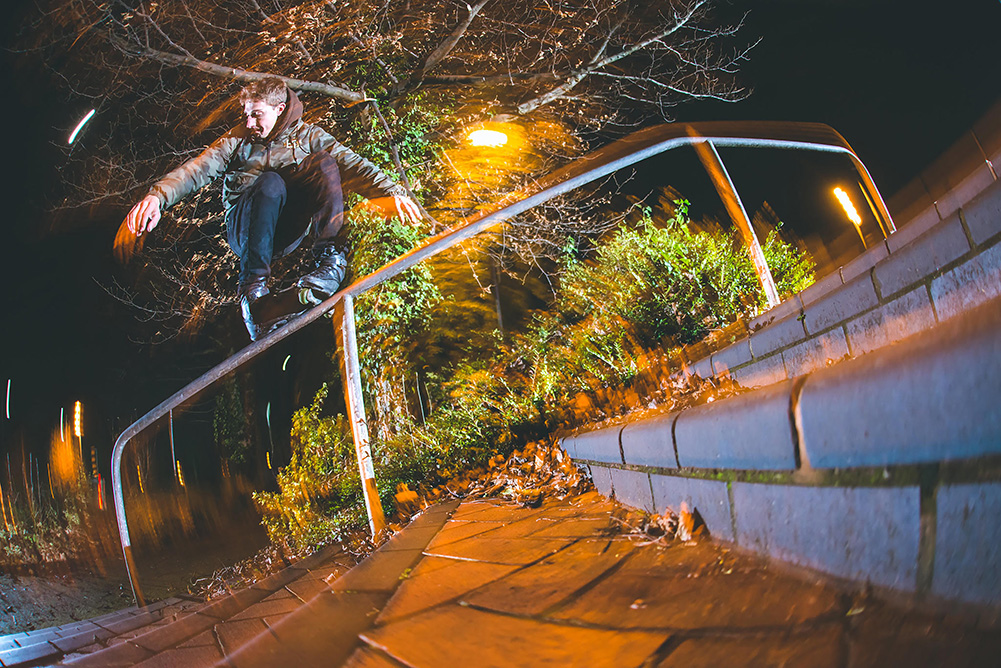 A few weeks ago, Ollie and I spent the day in Hereford with Woodsy to have a little skate, catch up with him, and even check out a few spots. Once our time there was up, we continued on northward. That was when the real mission began! Bilston was the destination for a spot we’d both had our hearts set on for quite some time, and that I was determined to shoot for the upcoming print issue of ONE. The spot was better than imagined, but the floor around it was like an ice ring due to some earlier rain. Regretfully we had to leave it for another time but that wasn’t good enough for Ollie, he wanted to skate. So wee had a little explore around Bilston to see if there was anything of any good, because there was no way Ollie was leaving without doing something. We settled on a cheeky little down rail not too far from where we parked. The fantastic thing about shooting with Ollie so much is that it allows me the chance to get creative with how I shoot, and I did that with this shot. My Sigma 15mm fisheye lens, two strobes at 1/32 and a super slow shutter allowed me to both freeze the action and give a dynamic sense of movement in this shot. — Sam Cooper