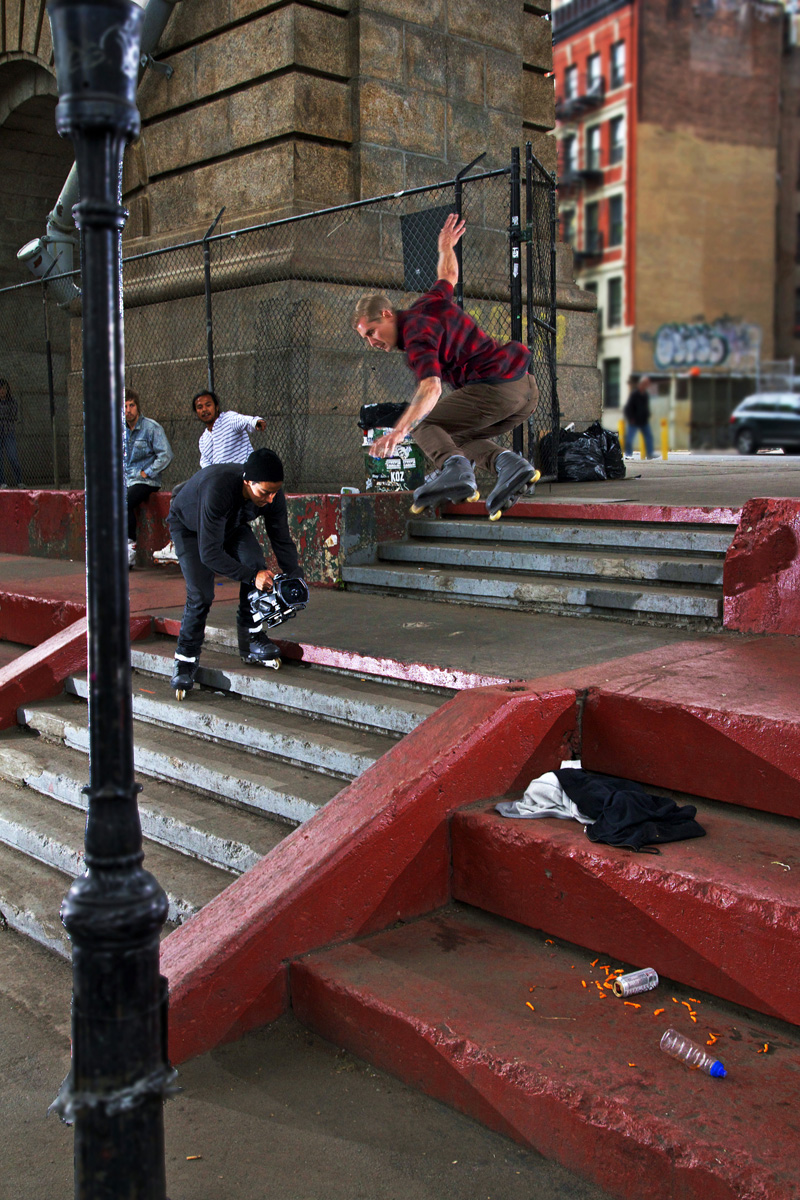 I would never in a million years fathom anyone attempting this trick.

Back in April of this year the Valo team came into NYC to film for Valo “Five.” I contacted Jon Julio to see what his plans were and he replied with an invitation to come out for the day and shoot with the team. As I met the guys at LES park they were already scoping the area for tricks.

Erik Bailey was checking out this huge gap to ledge and decided he would charge it at full speed. The first couple of attempts ended with him rolling like a log across the blacktop for ten feet but somehow coming out unscathed each time. Finally, after setting up my flashes, I caught this shot just in time. He flew at this Disaster Mute Grab to Back Royale as Victor Arias caught the clip. This shot was taken with my Canon T2i at 1/160, f6.3, 400, with flashes placed bottom left and top right.

Great photo. Shame about the lurkers and the very last bit of the ledge being cut off. I think it would have looked cool if it was landscape, to show a little more distance with the gap, but without seeing the spot maybe potrait was right. Trick is fucking buck, timing is bang on.