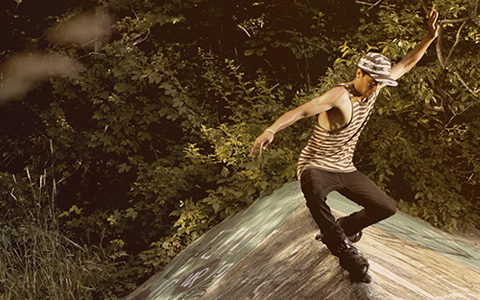 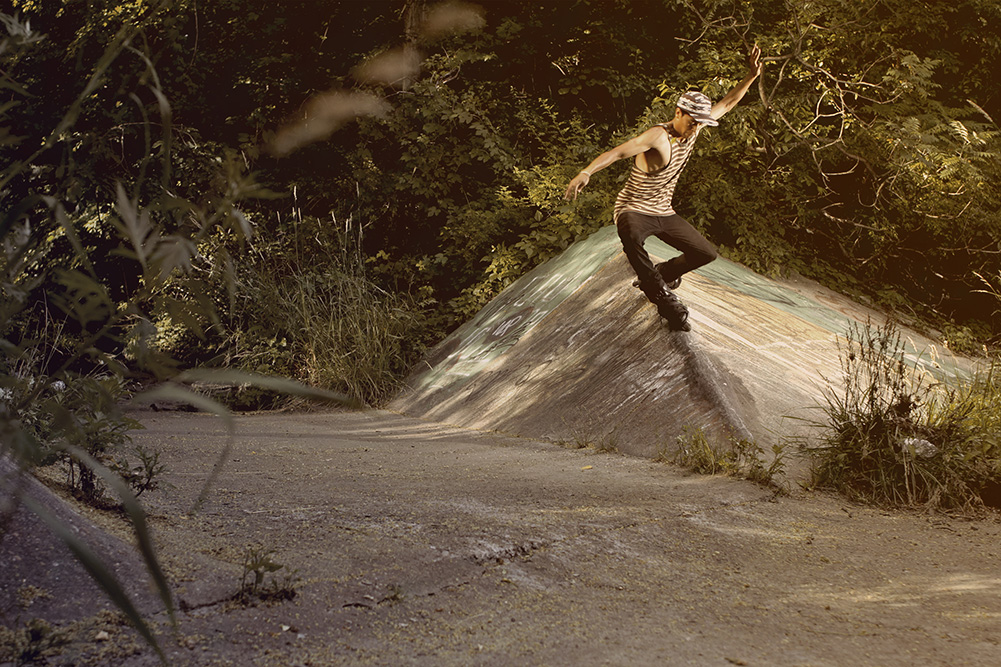 Since I can remember, we have wanted to skate “The Bitch Ditch.” We have all witnessed the beautiful snake runs of Arizona and the mid-west in film and online editorials, but this was New Jersey and architecture like that just seemed way out of the picture.

For the past seven years we have visited “The Bitch Ditch” trying to skate the snake run and expand on the spot. The landscape is littered with potential wall rides, out-ledges, and even some space to cement a rail. To me this place was an Aztec Tomb. A sanctuary that I had discovered… Uncovered… and planned to make my own.

Every single year the spot has been flooded because it acts as a waterway connecting two of the largest rivers in Jersey… but this summer all of our hopes and dreams come to fruition. With grueling heat in New Jersey and New York, rain hasn’t been much of an issue.

Osbel Velez, Steve Nichols and I were the first to be able to blade “The Bitch Ditch” in years. Named by local skateboarders, it used to be a refuse to drink, get high, and flip decks all day. Just far enough away from civilization for nobody to give a damn. Well today was our turn…

Osbel was first to hit the ditch’s awkward run up, eventually pulling off this sweet Sweatstance. The ramp down and up are very steep, making it very difficult to lock on the well over 90-degree ledge glittered with graffiti and profanity. After a couple attempts we snapped this sweet photo and also snagged a well-angled clip of Osbel’s Air in Sweatstance 360 Out that ended with a Cess Slide into the water still standing within the reservoir.

I shot this photo with one flash camera right and allowed Quetzalcoatl himself to fill in through the trees on camera left. This image was shot on a 50mm with my Canon set to ISO 125, 1/160, and an aperture of 3.5. — Sam DeAngelis