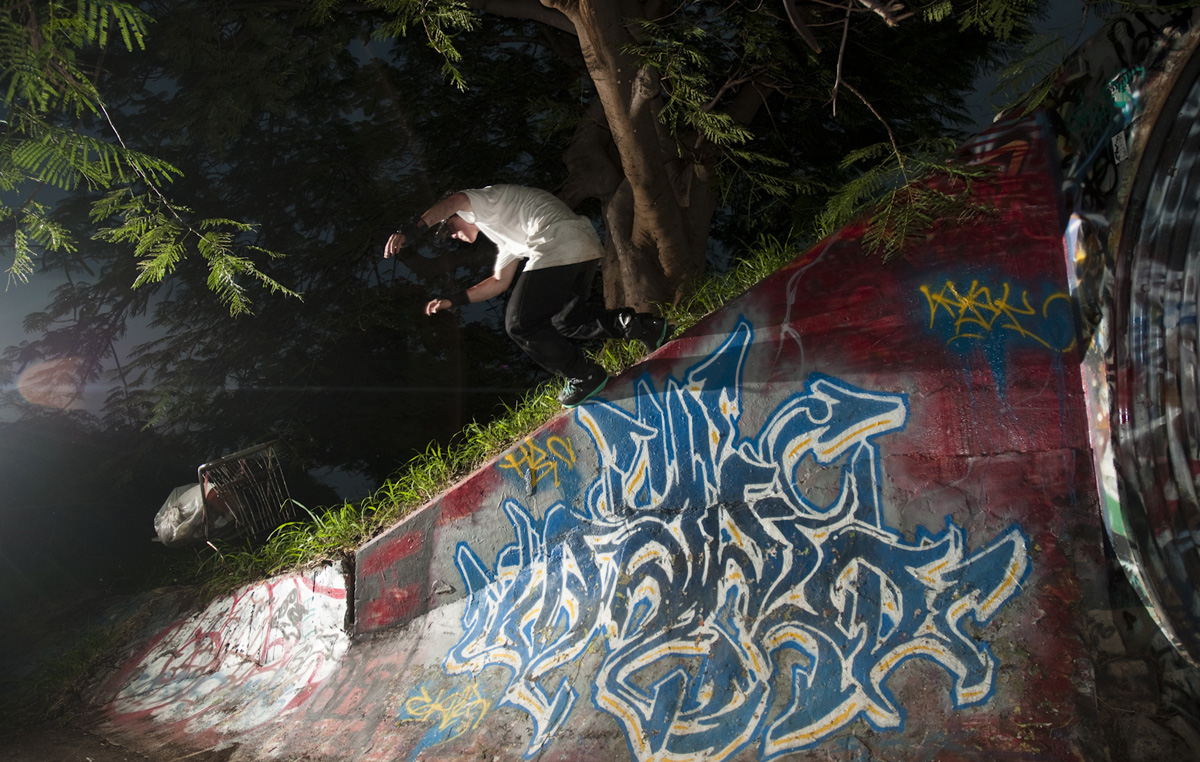 I have been out on Oahu, Hawaii, for half a year now and have discovered that rolling definitely lives out here in the middle of the Pacific Ocean. It draws other rollers in from far away places, just as it brought me. Dan Lee, from Seattle, WA, recently came out for a few weeks to visit family, enjoy the chill, laid back atmosphere, the weather, the people, the beach, and the skating. Dan reps his local park, Skatebarn, which is a must for anyone cruising through Seattle. I met up with Dan, Akari, and Thumper at this ditch-turned-skatepark under the H1 freeway. To get to the spot you have to take a drainage tunnel under 12 lanes of freeway. Before we wrapped things up, Dan threw down a perfect Sweaty from near the top of this ledge from the vertical embankment and came out fakie like it was nothing.

Hawaii has a strong rolling scene, and it seems like everyone is always down for a session. There are lots of guys are killin’ it out on Oahu like Akari Ihara, Atis, Adam Rego, Ed, Evan and many more, all of which have been shredding the ledges, rails, ditches, and skateparks that the island has to offer. Keep an eye out for coverage of the annual Hawaii Real Street Comp, which will be going off some time later this year.

dan lee is so good

Where is this zones ditch at i can’t find it:(