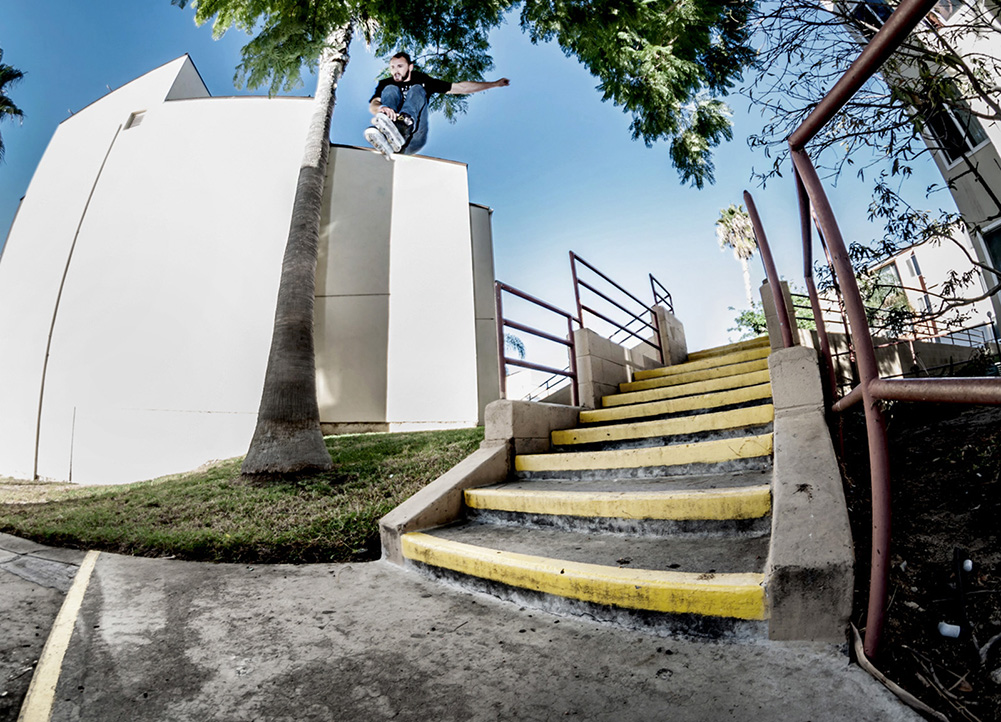 One Saturday afternoon we got the San Diego crew together and drove down to San Ysidro on a mission to explore for new spots. We ended up finding an apartment complex that was filled with an immense amount of rails and gaps that would intrigue any blader. Sure enough, Alex Wick found a stunt that caught his eye. It was stair set plus rail that could be disastered. This thing had “hammer” written all over it, and Alex was down for the big buds.

Setting up for this shot was a little difficult. At first I wasn’t quite sure what I wanted to showcase, or how I was going to do it. I knew Alex was going to do a disaster royale onto the rail, but I also knew he was going to gap off of it. At first I couldn’t decide on which one would be the more dramatic moment to capture. After some consideration I decided to go with my instinct, and focused on Alex coming off the rail.

Then I set up at the bottom of the stairs set in order to put Alex up against the sky. After a couple of tries Alex was able to disaster royale the rail and throw a huge 270 off. He landed past the far left yellow line in the picture, and boosted a lot higher than everyone was expecting. It was crazy to watch. I’m glad he landed it, and it was a lot of fun to shoot! — Sean Macgowan