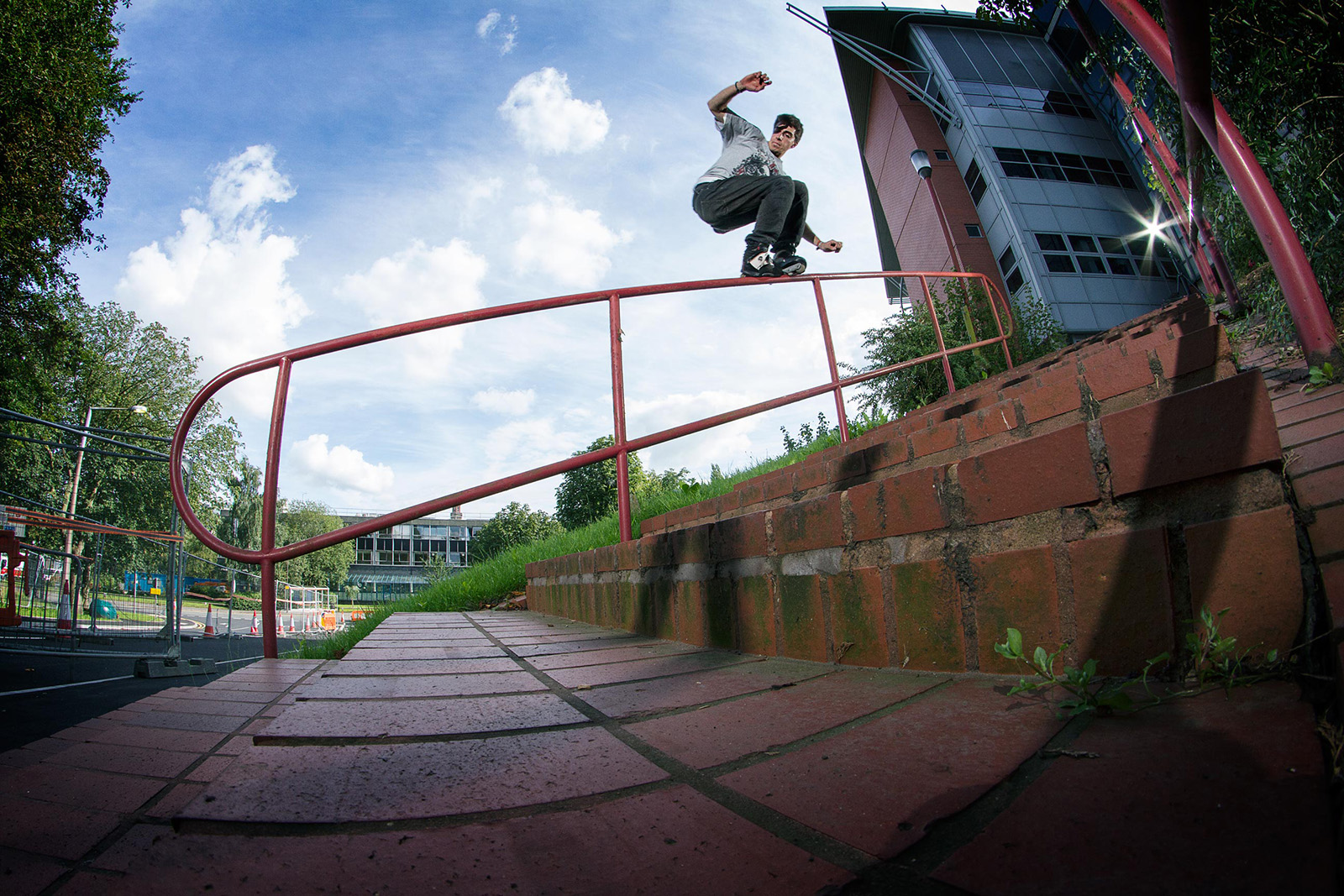 Well, that was a shit summer. And by shit, i mean reallllly shit. I guess you could have gotten out more often if you were really bang in to cloud dodging and a damp floor, but I’m not. Sorry. Not saying it’s gotta be clear blue skies out there, but aside from the two separate weeks we had where it was hotter than the sun, blading in the rain isn’t for me. Moan over. We got out yesterday for a while, and hit this spot with Ollie Jones. Now, I thought between myself and the rest of the olderblader gang in Birmingham, we’d have pretty much covered most spots. But this one has always eluded me, and I’m not really sure why. It’s a really high down rail, but for some reason I don’t recall it being done, but I’m happy to be proved wrong. Well, it’s been done now. fter a quick shuffle of some fences and a ‘hate-my-job’ security guard, Ollie sent his trademark TTS. Simples.