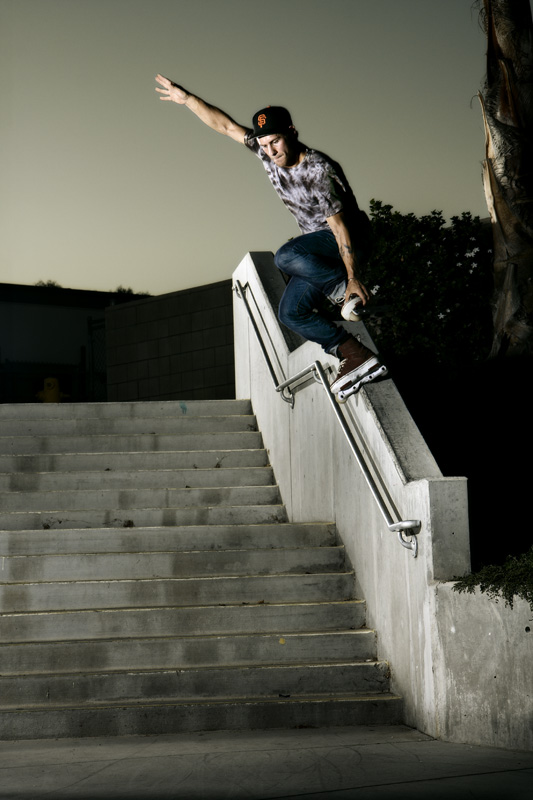 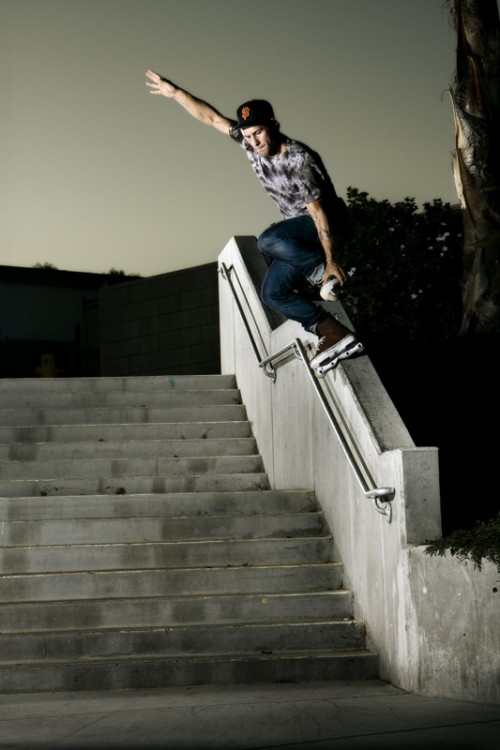 When shooting skate photos, there are times when a sequence is more appropriate than that one single frame. Either the trick being performed is too complicated to “explain” within one frame, and/or the spot just doesn’t allow the story to be told in that single frame. This picture of Erik Bailey could quite possibly be one of those shots but, unfortunately for me, the lighting was really low so the choice to shoot a single frame was almost made for me.

This particular ledge was a real shitty down, flat, down with kinks so sharp that it was easy to see why nobody ever wanted to session it. Regardless, pre-moustache Bailey powered through and laid down a perfect front nugen to backside backslide several times for the camera. The hard part for me was catching him on that deadly quick switchup at just the right time. Later, when editing my photos from the day, I thought that another frame could have been the one, but it was Kenny Owens and Montre who chimed in and told me which one to use. Almost forgotten, almost overlooked. — wd