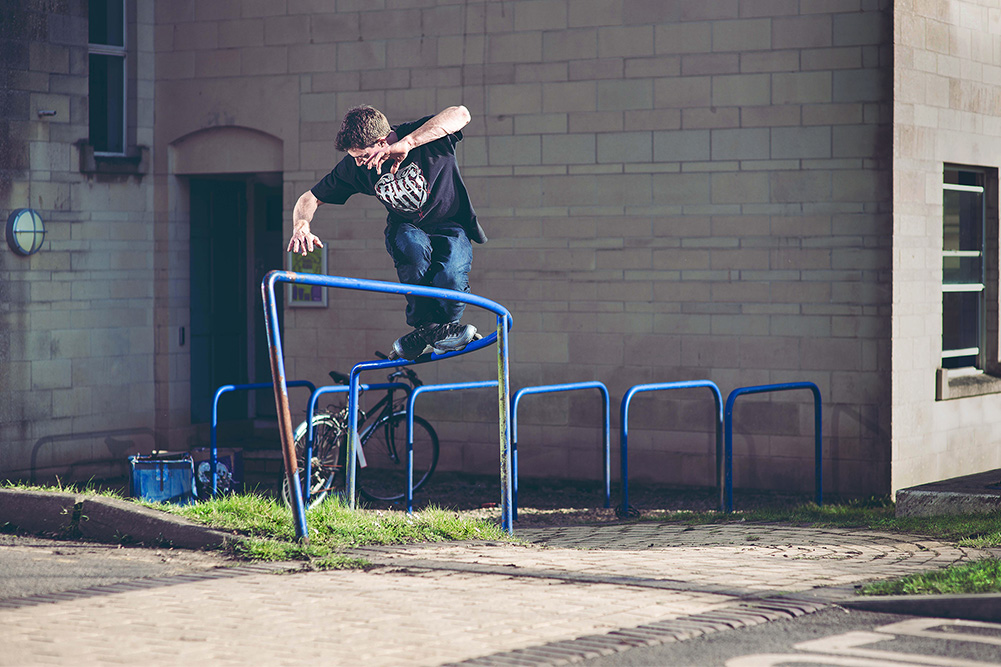 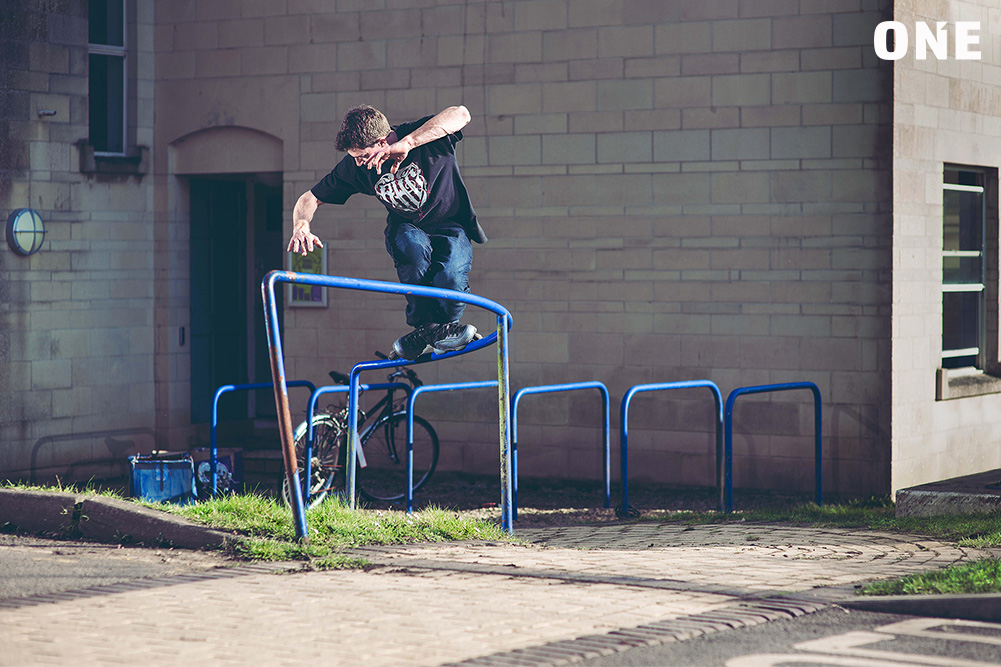 I’ve wanted to shoot this curvy little number at Bath University for quite some time now. It’s the kind of spot that is just made for Ollie, but he’s always been somewhat hesitant about doing it. Having already Ally-oop Porn’d it over five years ago, he struggled to see what he would be able to do that would better it. And I had to agree that in my eyes, that trick was the perfect one for the spot.