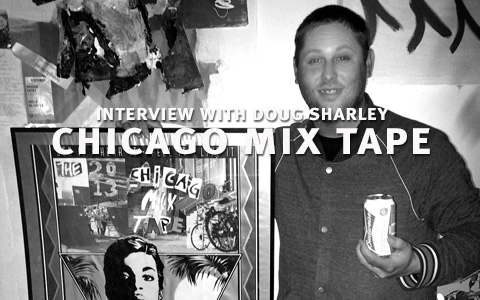 The Chicago Mix Tape: An Interview With Doug Sharley 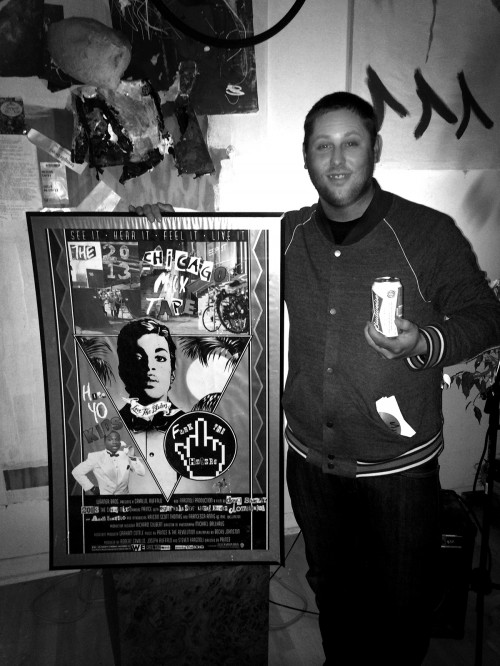 In years past, Doug Sharley’s Chicago Mix Tapes have been a simple way to put out whatever footage he hadn’t used or given away. For 2013 he decided to keep everything he shot and mix it together with some footage from contributors and release it online. Featuring profiles on Eddie Dombrowski, Steve Lerner, Derrick Ross, Adam Bazydlo and Egon Naab, in addition to loads of cameos and miniviews, the entire video is available for $5 HERE.

What exactly is The Chicago Mix Tape and how did it get started?
The Mix Tape is basically documenting a year’s worth of rollerblading in and around Chicago during 2013. It started out a couple of years ago. I’d made shorter ones in 2011 and 2012 and posted them online for free. Eddie [Dombrowski] and I were talking about making another one this year, so we just went with it.

You had a diverse blend of profiles ranging from Chicago veterans, to rookies, to transplants from other cities. How did you choose who you wanted to feature?
That’s actually kind of crazy how it worked out. I started out knowing I wanted to give Eddie and Steve Lerner profiles. I had met Egon Naab before and mainly just knew him from seeing some of his previous sections and thought his skating was real dope. So we linked up and started blading. He is the one dude from the area that I feel needs to get out there more. Kid is a ripper and super young so he has such a long career ahead of him, so I wanted to push him to keep putting out material. Adam Bazydlo I didn’t even meet ’til like June. I knew of him but we just happened to meet at a BBQ blade event and become buds. It was a real wild ride because to him Chicago was just new territory and he had a fresh set of eyes. He picked up on spots that hadn’t really been skated in years and just killed it.

Derrick Ross hasn’t had clips in much of anything in years. How did you manage to get enough footage from him for a small section?
Derrick has been one of my good friends since we were like 9 or 10. He literally just sent me a text one day, saying he wanted to try to film a section. Seeing as how he probably hadn’t put skates on in two or three years it caught me off guard. But I’m down for anything, especially if it’s one of Chicago’s legends who decides he wants to go out and do some tricks.

You seemed really excited about selling poorly duplicated DVD-Rs of the Mix Tape. Do you feel like offering it online for the price of a pint is sort of like selling out?
No way. I know bladers aren’t rich. Many people think that lifestyle is cool for some reason, but I also know I want people to see that the Chicago scene is dope. It’s five bucks. That’s a good solid price for quality blading. I’m really more about physical media. That is why I made DVD-Rs. But in the modern world most people don’t watch DVDs. They watch videos on their computer, phones, YouTube or whatever, so it makes the most sense to distribute it that way. However, if anyone who wants it on a DVD, it’s done. Just let me know. The DVD comes with a few older sections as a bonus as well.

Can we expect a 2014 Chicago Mix Tape?
Absolutely.