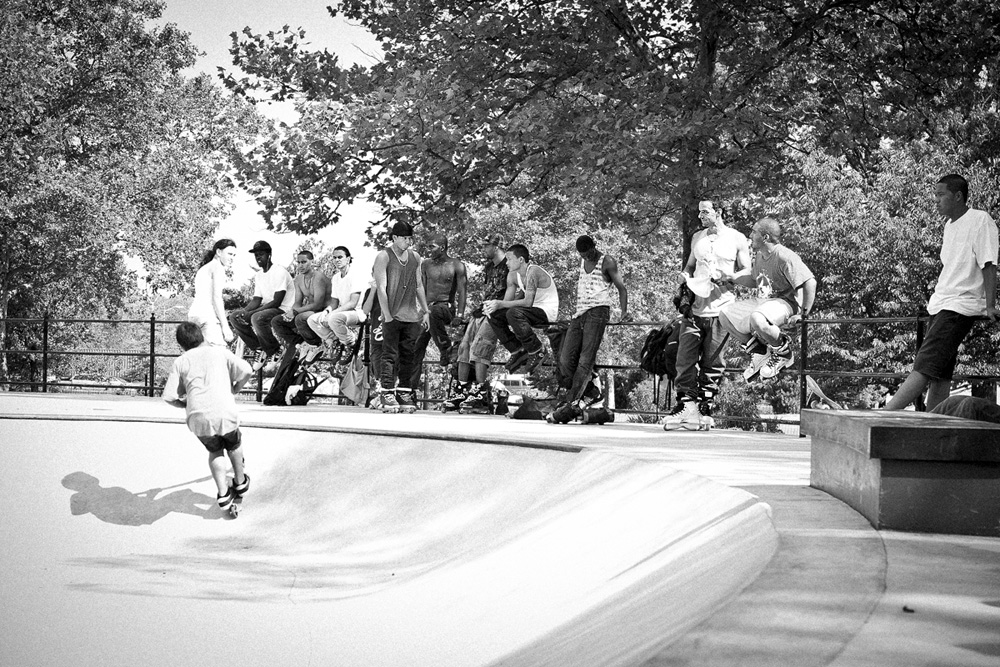 Want to share the story of your scene and what you’re doing on blades this summer? Then take a note on initiative from Cesar Macay who dropped this gem in our inbox. Check out what he captured one day when a bunch of NYC legends got together on a 100-degree day at the recently unveiled Flushing Meadows skate plaza. Disla. Nunez. Dedentro. Do it. — ONE

Temperatures reaching upwards of 100 degrees, and heat warnings all over the radios and news don’t stop rollerbladers from getting together with the locals from Queens and with others from outside the borough. I showed up with a few people and my camera not knowing what to expect. As I got to the park there was a good amount of rollerbladers at the park, some of the skaters amongst the crown were Jose Disla, Joe Dedentro, Alex Nunez, Sam Williams and many other bladers.

Good tricks were thrown down and everyone stuck around ’till dusk when the yellow lights came on, making it pretty hard to see. Everyone’s hoping to have more sessions like this throughout the summer. Thanks to everyone and thanks to ONE! — Cesar Macay

I NEED to go to grad school or “abroad”/exchange in NYC.

ya, my boys from the east, still reppin! What up Disla, Joe, hope all is well.