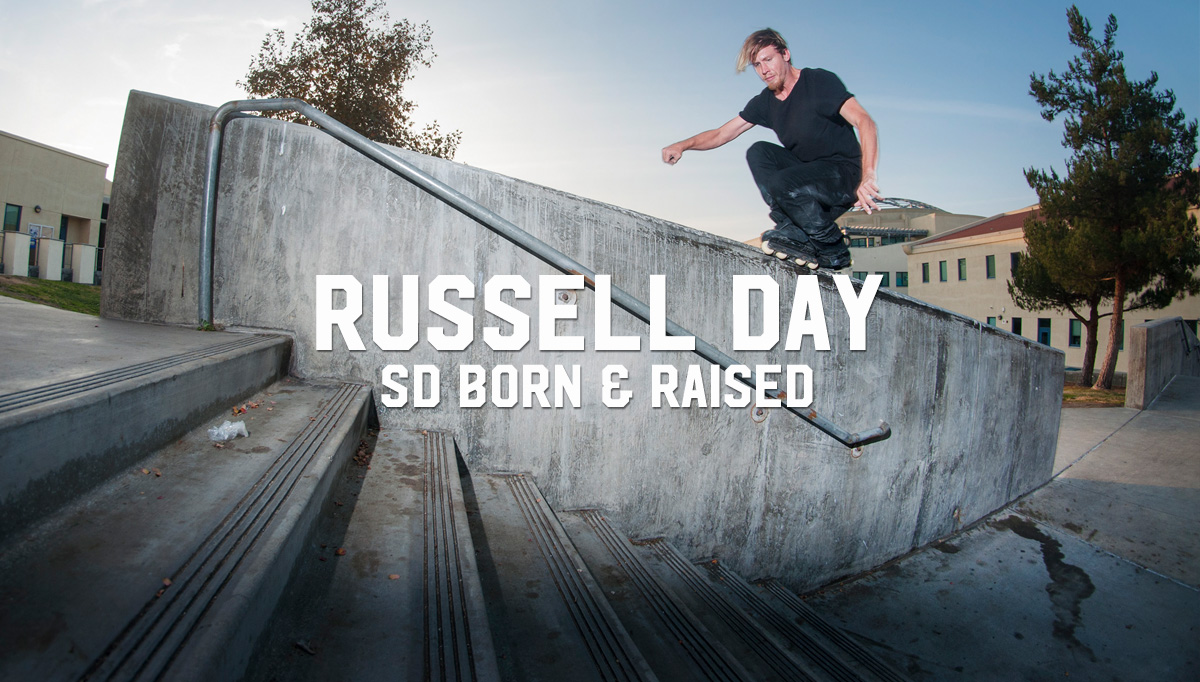 Written by ONE Staff - Published on Wednesday, December 21st, 2016

We’ve known Russell Day since coming to town in 2003. He’s the local blade rat grom that came up when SD was the center of the blade world — in the shadows of all the greats — that’s still on his blades, more polished and refined than ever. Now in the crosshairs of Dutch manufacturer Adapt Brand and on a two-decades-plus reign of prowling San Diego’s streets, this 2016 profile is long-overdue and also long in the works. Officially kicking off in Long Beach last January, Russell and Sean Macgowan and ourselves put nearly a year into bringing this vision of Russell to life. Nailing this slippery guy down ain’t easy! So here we are, almost a year in — this is Russell Day: SD Born & Raised. 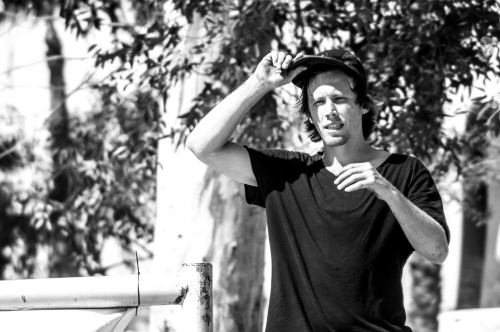 Russell, hi! It’s about time we did this. Start by telling everyone how old you are and how long you’ve been blading.
Yeaaah, it’s been a minute since we worked together — haha. I’m 30 years young and have been skating for a glorious 18 years.

And you’ve spent all that time blading in San Diego, eh? Things have changed a bit I guess.
Yeah, I’ve lived here my whole life and I’ve witnessed our scene change multiple times. Only one person from my grom days still skates, and he lives in Texas now — Zak Hart. Saw all the legends around back in the day. Saw all the legends slowly move away, haha. 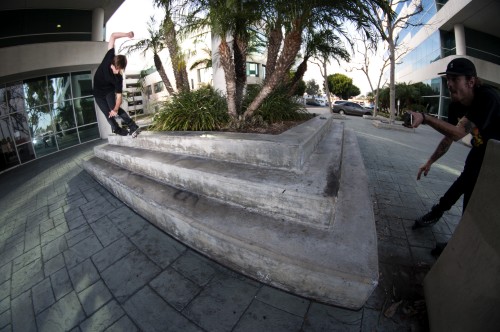 How did growing up in a city where Brian Bell and Chris Haffey and Lyle Shivak were finding and slaying huge stunts impact your development as a blader?
Definitely lit a fire under my ass knowing such greatness has happened all over my city. Driving around anywhere you can just point out the epic spots that have been destroyed, and it gets you amped to find new spots.

And I listed those guys, but that’s pretty presumptuous — who were your big influences while coming up?
Jimmy Shuda with his low steez, Shane Saviers, Matt Andrews… Jayson Reduta had the ill full torques. Dig it. 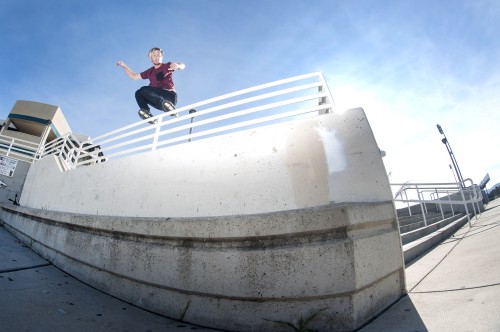 When you started blading, what was the scene like out here? Who all did you blade with?
When I started I didn’t know anyone that bladed, I just went out with my brother and his friends while they skateboarded. I finally met some real bladers that lived down the street from me when I turned 14. That was Nick Vos, Travis Bissell and Gilbert. Zak Hart joined the crew soon after — he taught us how to do rails. We skated my boxes all day and occasionally tried to balance grinds down this knee high rail that is no longer there. We ran into Damien Wilson, Nick Wood and Jimmy Ormsby one time while they were shooting photos at my local rails, but that was the most exposure we got besides Medium’s Smell The Glove. True story, I had no idea who they were till years later and didn’t run into them again for even longer. Then later on we all became good friends. Skated with Connor O’brien a lot while he went to school here, Kevin Yee too. A lot of amazing people came through here for short periods of time. 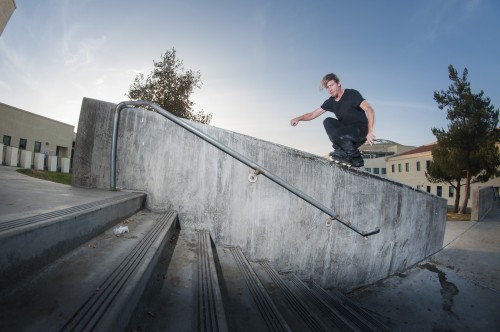 Anyone else besides you from that crew still blading?
Zak Hart still does, out in El Paso. He makes an annual trip to SD.

Your family had a skateshop here in town a long time ago, right? That was before my time but I’d like to know about it. What can you tell us?
Oh man… Epidemic Blade Shop. My family didn’t own it, the Bundy’s did. If you toured ASA in its last eight years then you knew Steve and his dad, Taylor. They opened the first blading-only shop in SD. Zak Hart and I managed it. The shop lasted about 10 months before we had to call it quits. 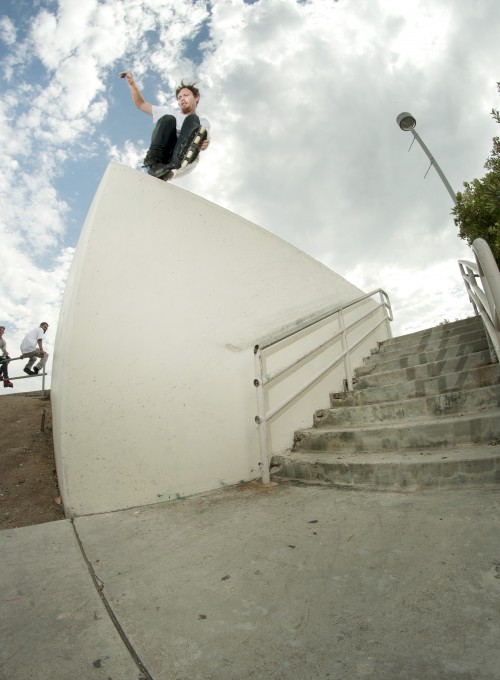 Why do you think you kept blading during all these years while homies and the industry at large fell away?
My friends, torque cess slides, the feelz of grinding, true top porns, traveling, life. I’d be boring without it.

So what’s the scene like out here now?
The scene is strong but kind of scattered, though I’ve been trying to organize more. So look out for a skate comp this summer. 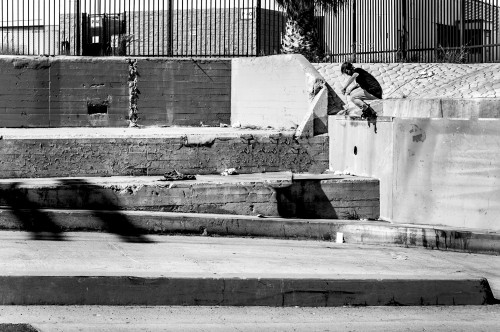 What keeps you motivated to get our and make clips, or get sessions going? Speaking of, I noticed you starting more threads on the SD Rollerblading group page — what was your inspiration there?
New spots keep me motivated, lovvvve new spots. My practice rails keep me motivated — haha. Oh yeah, just missing the united family feelz that we should have as a blade scene.

You rode Remz for a long time, and then for awhile it was Xsjados… or maybe it was the other way around. Ha! But for several years now you’ve been skating on Adapt blades… and I hear that relationship is still growing. How did you team up with them?
Xsjados then Remz, but I never rode for Xsjado. SDSF and my friends just kept me rolling on them for a while. Adapt has been so amazing. Four years and more to come. I actually bought my first pair of Adapts — I just wanted to own a pair and I was transitioning skates after Remz. I emailed them asking about the true to size deal and they replied asking if i could make an edit and I was ecstatic about it. One thing lead to another and now I just got back from Amsterdam, hanging with the Adapt crew was awesome. 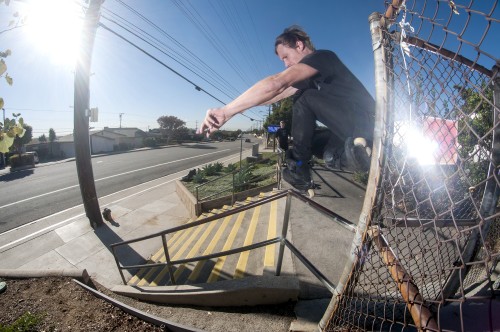 How’d it go? Was it like you imagined?
Everything went amazing. The spots in France were so cool, and Amsterdam’s vibe is very on my level. Overall I’d say it was much cooler than anticipated.

Was that your first trip outside of the States?
Yeah, this was my first trip besides Mexico. It was an amazing experience and I can’t wait to go back this spring/summer. 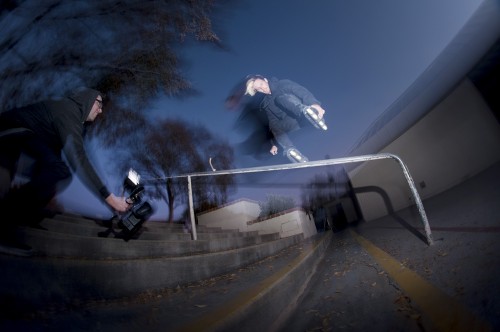 Since we’re on the subject, walk everyone through your current setup.
Rocking Adapt Brand everything. Jbah 2 boot and Symetrics wheels/frames/bearings/laces. So solid.

What do you like about the product? How do you compare it to other skates out there?
The support is unreal, the slide is unfathomable. They are like putting on clouds right out of the box, and with them being as light as they are allows quicker feet than ever. I’ve never had to heat mold them, they’ve been perfect out of the box. And the frames…. I just started riding flat and had zero trouble transitioning. Crazy.

So besides this BLADE LIFE edit and whatever, you got any other projects in the works we should be looking for?
Yessss, we are working on a big Adapt project. Some other smaller things I’ve got planned but nothing
I can verbalize right now.

Anything else to add, or anyone you need to shout or call out?!
Mom, love you! My brother, Jaren! My Sister, Nicole! California burritos. Yerba Mate. My right knee for not exploding. You, Justin, for taking the time on the weekends. Jon Fromm for keeping me juiced. Sean Macgowan for the ill shots. Adapt Brand of course. All the homies in SD! Thanks to all who watch my stuff and get juiced! 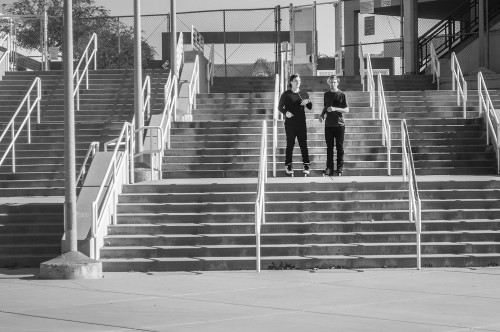 Well thanks, Russell. Always a pleasure. See you soon — and we look forward to seeing everything else that you’re working on!

Photos by Sean Macgowan. Interview and Edit by JE.