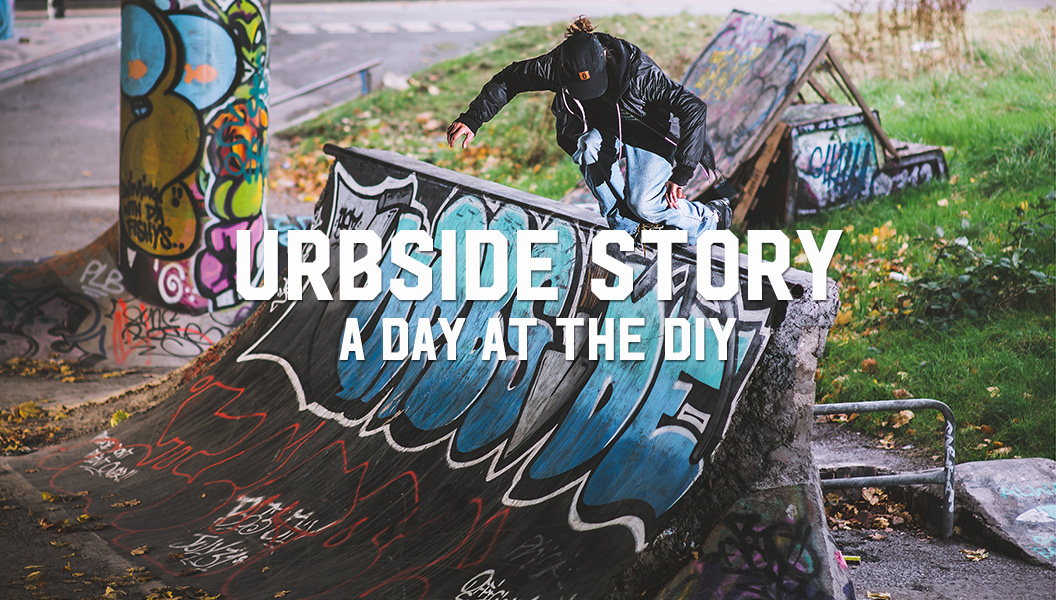 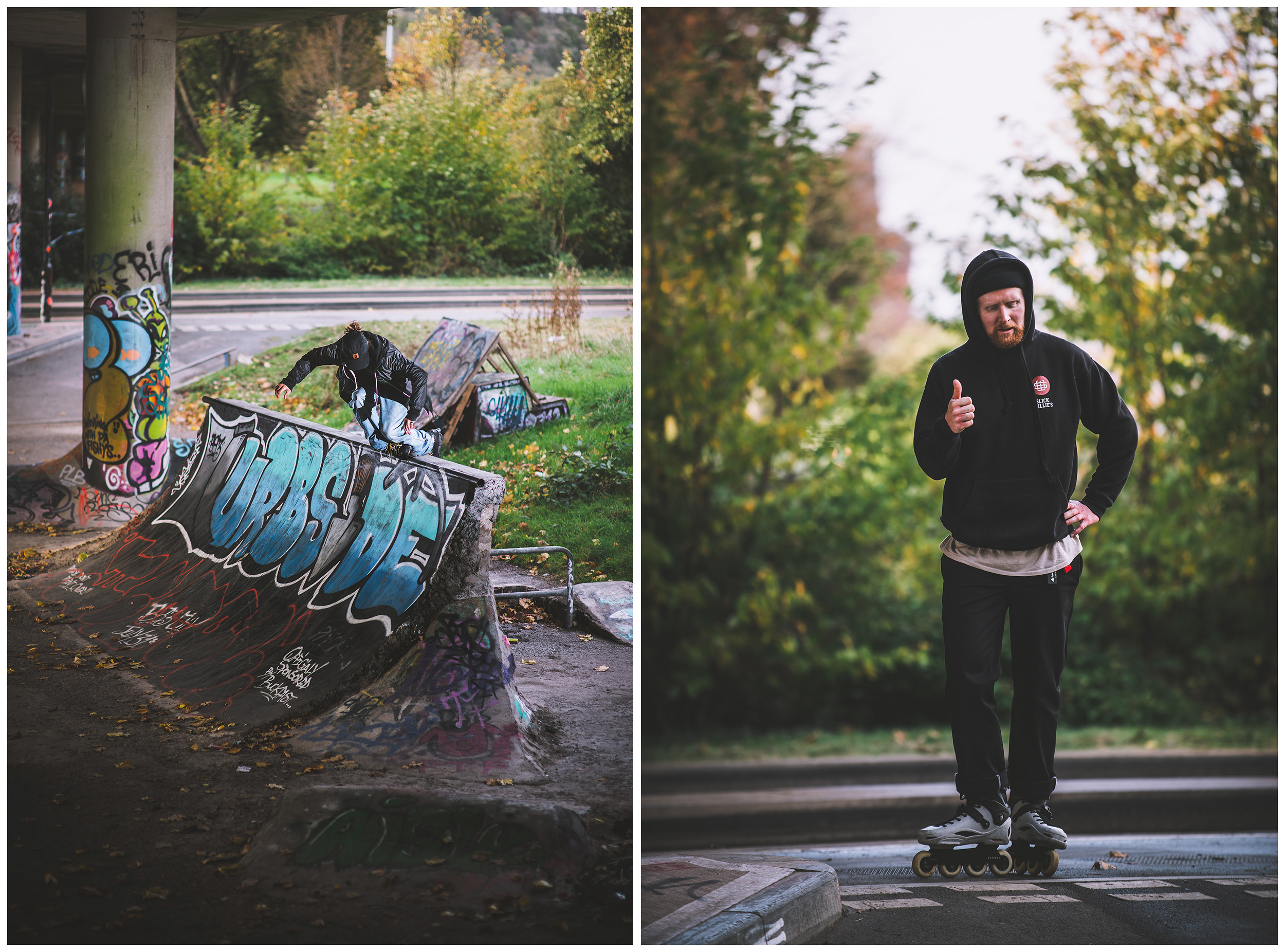 Over here in the great British Isles we experienced what can only be described as the most elongated late summers on record. What is usually a last blast of the summer’s warmth and sunshine over a week or two during the month of autumn simply took over, leaving the UK feeling like more of a never-ending holiday in mainland Europe instead of providing the expected changing of the seasons in a country that is known for its cold wet weather.

This unseasonable period of time of which is clearly a palatable result of climate change was as welcomed as it was confusing. Wearing shorts and tee shirts when out and about well into the dark evenings in the middle of October was an utter joy, but it was also setting us all up for a dramatic and some what traumatizing switch. In just a few days the United Kingdom was unceremoniously dropped into the heart of winter. The country went from 17°C down to 5°C in a matter of 38 hours. The horror of winter caught us all off guard and so very unprepared. But this is where the power of the unquenchable thirst for rollerblading can now be observed. Fair weather blading is just as it sounds, but to see the drive to skate continue into the harsh winter months the UK has to offer is a testament to just what rollerblading is to so many people. Inner joy, creativity, friendship and so much more comes from this sport and culture, and this random weekend in early November was another perfect example of that.

So with the weather forecast predicting at least a dry day in the city of Bristol, plans were made. Now, forecasts are great and all, but let’s face it—they are hit and miss. This time round it was a big miss. But despite the weather, the number of bladers suggesting they would make it out to the session continued to grow. That actually resulted in something even more rare than mid-teen temperatures in October—a session with more than three people! The day was made up of Dorset’s finest like Dan Loveless, the rollerblading machine Ollie Jones, UK OG photographer Chris Hallam, team rollerblade rider Si Coburn, the queen of steez Sam Davis and myself, captain no knees.

With the team fully assembled we made a live on location assessment of the situation. The weather was utter garbage, with rain in the early morning followed by continual sleet like rain that killed off any plans we might have had. Still there was a day to be had, and this collective of rollerbladers needed to quench their thirst.

Bristol is a city of community; people power is very much alive, whether in protest or when it comes to building via community projects. This is why it’s littered with the most insane collection of DIY parks that are obscene in both their size and quality. Most are positioned under the numerous flyovers that are littered around the Southwest’s biggest metropolis.

As a group we decided to descend on what was the latest addition to the DIY collective. Although Curbside, as it’s known, started many years ago on what was an old station platform for the train line down to Somerset, it has very recently been a hive of activity, slowly growing into the nearby covered area and then taking it over like some kind of virus. This all happened during the time when the whole world was dealing with an actual virus that caused disruption and disconnection on levels not experienced for generations.

There was another rarity being forced upon us during this day of blading. Bristol is a city of never-ending opportunities new and old when it comes to skating terrain. With this in mind, you should understand that the various DIY parks are only ever used as a quick and easy point to meet and warm up. Today we were setting up camp and there was something quite nice about this; it almost felt a bit like the old days. Having the time to really explore the full extent of the space and its individually curated obstacles in front of us was a joy.

Sam was hitting a bit of everything with his unquestionable trademark style but paid particular attention to a very low curb. For most of the day he tested his abilities by doing some of the hardest tricks on one of the hardest spots to successfully land anything on, but always while holding his skating to the high standards he sets himself.

Dan had less luck than the rest of us. Within thirty minutes of being there he took an awkward fall that pulled the muscles in his neck, rendering him as the moaning and groaning videographer for the rest of the day. Still he found enough resolve to battle through the pain when inspiration came knocking on his door. His cheeky little fish stall on the most recently built quarter pipe possessed all the usual unique flare and quirkiness that Dan’s skating just naturally has.

Much like always, Ollie treated everything he skated like a training ground, lacing as many tricks on each obstacle as possible. That was until he came across the 180° curved rail. This became a battle of understanding just how to conquer the curve.

Hallam, of who is a battered old dwag like myself, is always just happy to be out with wheels under his feet, no matter what. He must have had his Weetabix this morning because the boat was being pushed out somewhat. Once he set his sights on the up rail I knew that it was the photo to shoot for the article, and boy did he deliver on the goods. He provided me a number of chances to play with different angles and compositions.

Si was just doing his usual blipping around at mach-10 on the 80mm’s, hitting all the gaps and cheeky little numbers he could find in the landscape before him. It was a road gap of kinds that we decided to capture. There was no need for flipping slabs to build a launch because a natural one was created by the start of a drop curb. 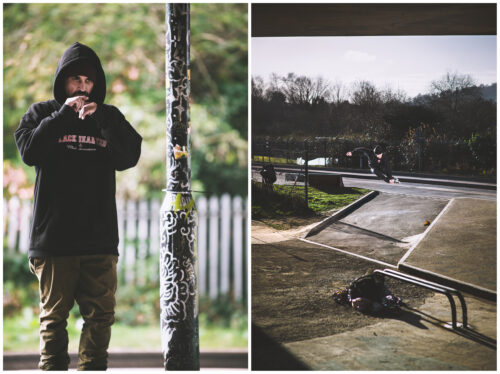 Our day ended with a walk up to the tourist hot spot Park Street for some food and the chance to debrief from the activities of the day. Upon conclusion, we decided that the usual rampant searching of the city for new terrain isn’t always what the doctor ordered. Exploration of your blading in one space is just as important as the exploration of the broader environment around you. The fact is that we had lots of fun doing this while just wasting no time at all making moves from one spot to another. It gave everyone the chance to skate hard, relax and really enjoy each other’s company. Sometimes the mission should give way to more simple sessions and the inevitable good times that come with them. — Sam Cooper

Photos and Words by Cooper