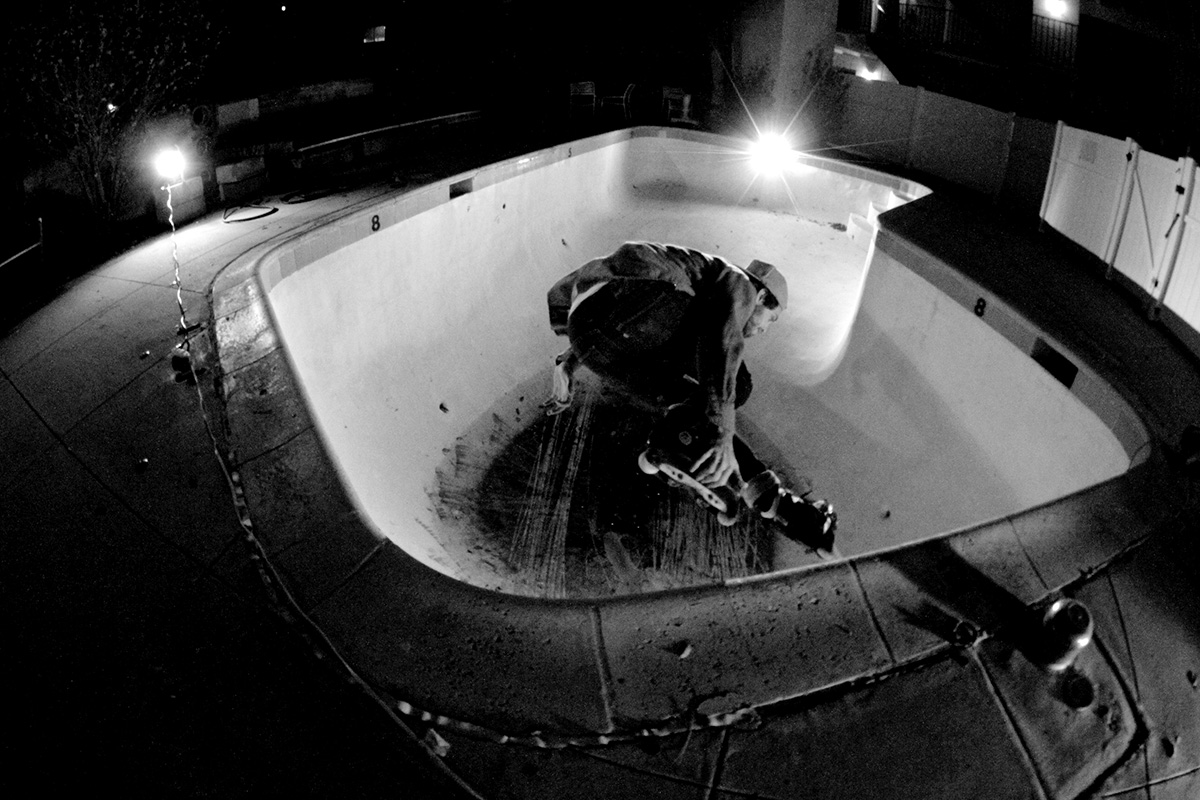 Early Winter Swim — Minus the Water 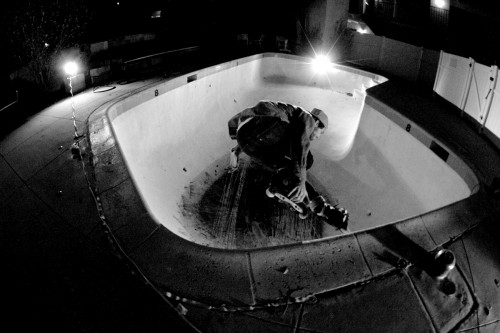 I think the vast majority of us get jealous every time we see a picture or clip of someone blading an abandoned pool in California or some perfect ditches in Arizona. Outside of those two states those spots are few and far in between.

After hearing some secondhand news (from a skateboarder that was a friend of a friend) about a temporarily emptied pool, we were determined to track it down with a little bit of Google mapping and late night fence jumping. After a few tries we found it and determined we needed to act quickly because opportunities at spots like this rarely happen in Utah. 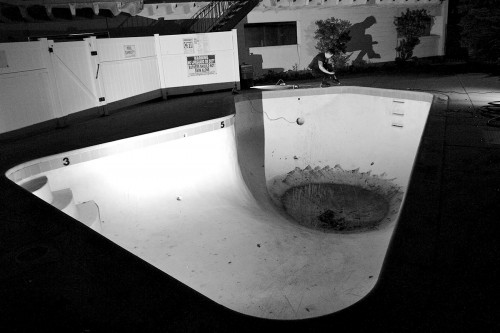 Our timing worked out perfectly, because the following day the apartment manager began pumping the dirty water out of the pool in preparation of covering it for winter. So in just ten minutes we were able to bucket out the remaining foot of water with only a couple people stopping to tell us that “our job must suck,” thinking we were the pool maintenance guys.

Once the pool was emptied we unloaded the extension cords and lights, tested out the flash — crossing our fingers that my Wizards would work (they’ve been kicked many times) — and then strapped on our skates in a rush to capture this amazing spot.

Although we only got maybe 15 minutes to blade this pool, including set up, knowing it will probably be covered in the next day or so, we got what we wanted out of it.

Working in an office all day makes you appreciate the adrenaline that blading puts into your body and the feeling you get rebelling from the norm. It’s also pretty cool on Mondays when your co-workers are talking about the yard work they did or the football game they watched over the weekend and then you get to tell them that you broke into an apartment complex, drained the water from the pool, sessioned it, and have pictures to prove it.