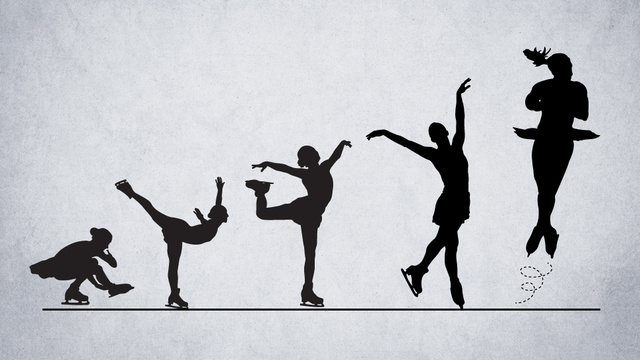 How many spins is too many?

I know that a lot of bladers are out there watching the Olympics, because it shows up on all of your timelines! Hockey, snowboarding and skiing, and even ice skating(?!) are out there getting a social media push from bladers… which brought our attention onto the ice.

Not to mention that Kevin LaPierre dropped that ice skating edit yesterday and showed the world how cool an “aggressive” ice skate could be. 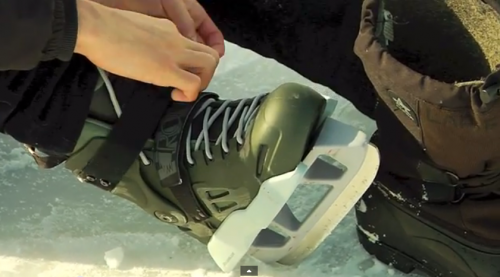 Yeah, I guess bladers are just getting more comfortable with themselves because I’ve seen a lot more people talking about figure skating than ever before.

Heck, even the Gecko himself chimed in:

Which is true. There’s a lot of sick footwork and some pretty incredible strength and precision involved in what they do.

But unlike rollerblading, figure skating has a LONG and rich (literally!) culture, decades of in-compeition progression, and a new problem… they may have reached the physical limit to their most popular tricks.

The culprit — a person can only spin so many times when jumping off one ice skate-clad foot.

Noticing this threshold approaching, the folks at Deadspin took at look at figure skating and asked Has Figure Skating Maxed Out In Difficulty?

The article is long and in-depth, tracing the evolution of tricks from double loops through to the quad, but for me it was most revealing in that I never realized why it was called “figure” skating.

The discipline is now a faint and faintly ridiculous relic of a distant era, but the basic concept was simple enough: Skaters would make etchings in the ice with their blades.” 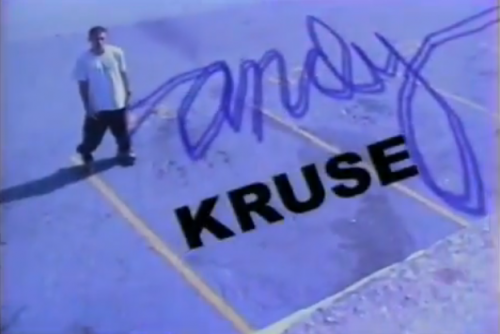 Yes, much like Drew Bachrach showed us in the Andy Kruse section from Under The Influence, skaters were judged by the marks their skate left in the ice.

Doesn’t that seem so completely foreign compared to what we see on TV today?

Yes, yes it does. As the article goes on to explain…

TV hated figures. Spectators didn’t want to buy tickets to this event. Also, figures opened the door for cheating. Judges promoted their favorites and held others back, precisely because the discipline was so abstruse and never subjected to the scrutiny of a TV audience.”

I think that rollerbladers and anyone that’s ever called foul on contest results can appreciate that. When things are so subjective it’s impossible to measure anything accurately.

The dizzying spins, spiral sequences, and the intricate footwork are all very hard, but deceptively so. Audiences tend to associate difficulty with risk.”

And sure, okay, the audience thing makes sense. People like to see flashy, dangerous tricks and not the detail stuff that actually makes the sport what it is. Got it.

But if figure skating is reaching its limits, how will the sport contend with less emphasis on the glitz of spin tricks? (Maybe they should watch Kevin’s edit for some inspiration.)

And under the new skating rules, every bit of the footwork and every revolution of the spins are appraised. They simply cannot be neglected in order to deflect more time and endurance into the jump portion of the program.”

Which brings me to this: The best skating trick of all is “control.”

The idea of figure skating running out of tricks might seem absurd in rollerblading, where we have seemingly endless combinations of spins, grinds, approaches and grabs that can be tailored and invented on the fly and catered to the obstacle at hand. That’s pretty fakkin’ cool.

But think about what this article is saying — that the details and finesse stuff is going to get more important because the strict-ass governing body of ice skating says so. They are recognizing that they have to “go small” in order to move forward.

A blader could say that same trend has been underway in our community for some time. Leaders like Alex Broskow (seen above with an effortless 450 bs roy landing) have shown that mastery of the blading basics — carving, skating backwards, looking over both shoulders, using both feet, spinning both ways — builds the best blading.

With that in mind, enjoy your next rollabout and think about the small things you can improve in your own blading to keep yourself entertained. And wonder how rollerblading, taking a cue from how figure skaters judge themselves, could stand to better define what is most important.

*Notice we didn’t touch the Spin-to-Win, USA vs Europe, blah blah blah here? Feel free to duke it out in the comments.