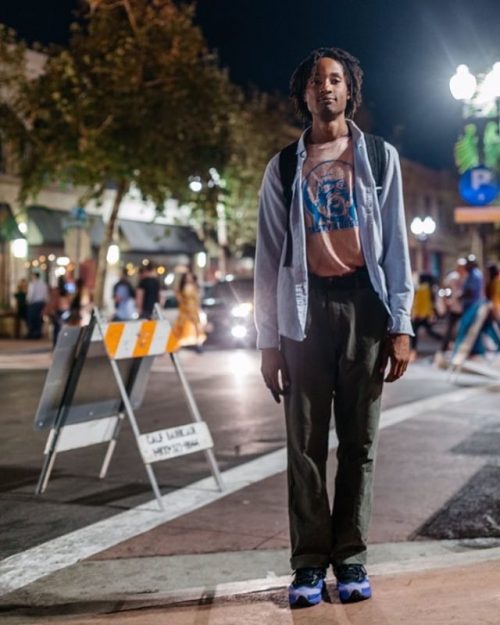 On November 3rd the 8th Annual Blading Cup was held in Santa Ana, California, and once again — in even great numbers than ever before — bladers came from around the globe to skate in Jon Julio‘s contest. One such skater was Bay Area transplant Philip Moore, whose road to victory took him from the rails of Alabama to the PVC coping boxes of Blading Cup, where he placed 1st atop a podium including Nils Jansons (2nd) and Alex Broskow (3rd). To celebrate Phil’s epic win, we asked him a couple quick questions to get a sense of how his newfound leap to notoriety is taking shape. So here are a few words from your 2018 Blading Cup champ, Philip Moore.

How does it feel to win Blading Cup?
It feels really good to win because it means I’m a not liar when my wife tells a person I’m a professional.

While blading, did you ever think, “Yo, I might win this?”
I never considered the idea of winning a possibility. I just wanted to be skating during the finals and/or the night time of the contest (that’s where all the cool pictures and edits come from). So it was pretty out of my head and I just wanted to land enough stuff to be a part of the big edits, just ask any of my homies.

You beat Alex Broskow: Comment?
I don’t like to think I beat Alex Broskow or Nils, I’m going with I just had a good skate and landed a fair amount of tricks. But I can say it was surreal to stand on a podium with two beastly skaters like them — it felt like I was out of place but also felt good. 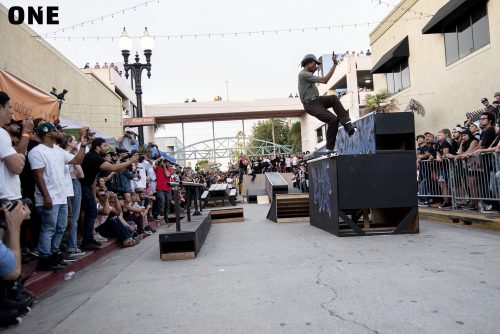 Favorite trick you saw go down?
JK, everything, and Gumby’s grabbed fastslide and flair backflip.

Why should people go to Blading Cup?
Because it’s great fun filled friend times! And to support the growth of our industry and meet new people and pick up retro blade gear. Also, you’re dreams can come true there.

Thanks, Phil. And congrats!!