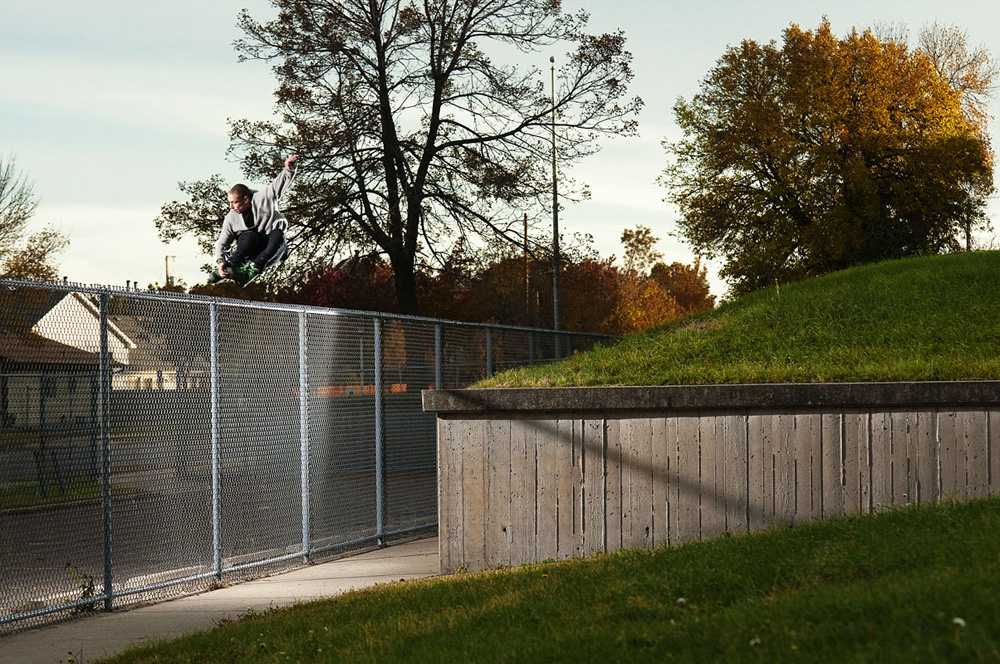 On a rare fair-weather fall day, Jeph Howard did a 180 over this fence. I just got a new camera that shoots video, so it took me longer to set up than normal because I was playing around with it. I lit this with a strobe about 11 feet up and on the other side of the fence to the left of camera. Another strobe was hidden in the gap between the ledge and fence at about eye level. The second light was much brighter to really rim a specific part of the fence as well as separate Jeph from the tree in the background. The sun was directly camera right and filling the whole thing in. The lighting was not the special thing about this photo. The most challenging part is shooting at a different point in a grab. When someone jumps over something, they very rarely grab as they are ascending, and almost always grab as they are just beginning to descend. I was getting the grab on his first two failed attempts, but he was slightly below the fence which was not cool looking. I knew he would land it the next try and this is not the kind of trick that it’s okay to ask for another try on, so I honed my seven years of experience and watched, getting the grab before he started to drop. I shot this before even he knew he was grabbing. — John Haynes