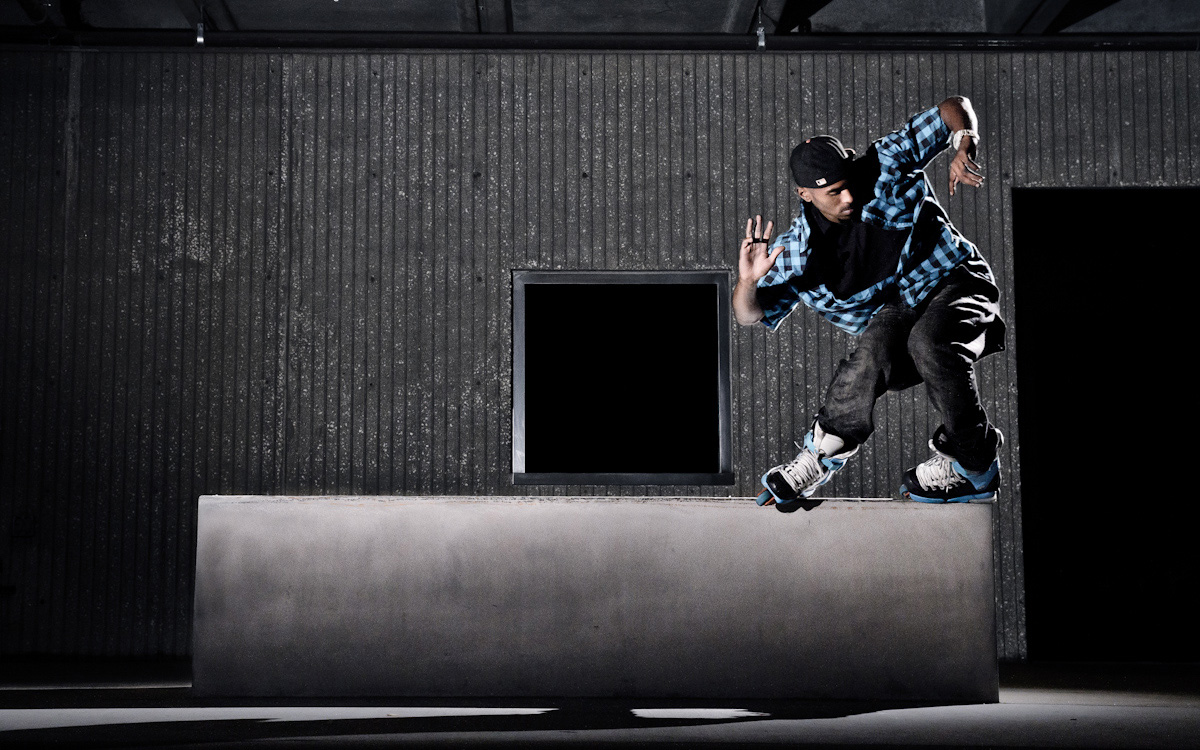 Awhile ago I got a call out of the blue to shoot with Anthony Williams. The first spot we hit up was the rail he skated for his A Chosen Few 270 Back Savannah trick tip, the one he broke. It has a one-story drop on the far side and is attached to wood. After the first try or two, it broke again.

Pondering where to go and with light fading fast, there wasn’t much to chose from. I told Anthony the spot didn’t have to be death-defying to make for a good photo. It could even be at a ledge. So he took me up on that and we drove to Cerritos College to these 8 ft.-long, square block ledges. I tinkered with the lighting and showed him the setup. He was surprised and went right to work on the Switch True Topsoul. We were eventually kicked out by campus police and off we went again.

The next spot was an awkward handicap with barely any light, limited runway, brick flooring, and a side rail right as you jump. Of course that didn’t stop Anthony. Again, I was challenged to make this spot look good. I had the lighting set up in 15 minutes. He went through about four different tricks before the Backslide. We settled on it because he was facing the camera compared to his other choices which put his back towards me. The big issue was the dim lighting and looking through the camera eyepiece, trying to spot him on the rail. It was either shot too early or too late, when he had let go of his skate.