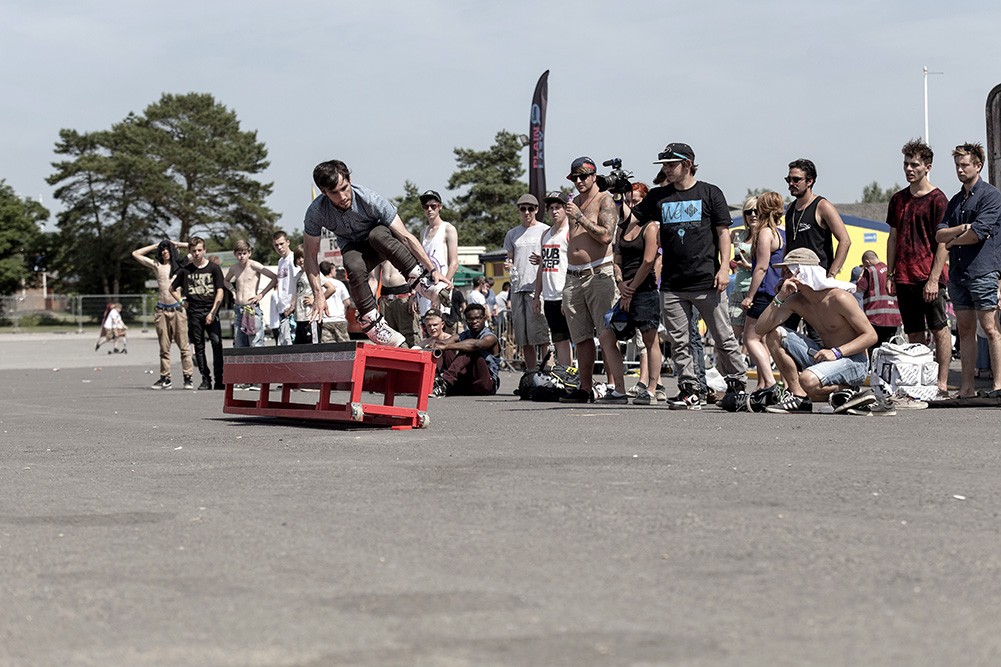 It was the hottest day of the year at NASS festival, and the inline pro finals were over. We all had the chance to rest up and chill in the shade but Loco skates decided to host another box jam, similar to the one at the Chaz Sands Invitational, straight after a mini pipe session. And it wasn’t something you wanted to have missed. Persisting on skating, the pros took to the box in games of S.K.A.T.E. with Roman Abrate vs CJ Wellsmore (which was crazy from what I heard) and Chaz Sands vs. Scott Quinn. I caught the last of CJ vs. Roman and saw them battling with switch true acid 360 out, but then Razor pros Scott Quinn and Chaz Sands were up next.

Chaz and Scott skate together pretty much every day, so it was surprising to see each of them miss some of their tricks, but it was this darkside fishbrain that Scott really killed it with and probably my favourite shot from the whole weekend. Lifting the box up and flipping it over for the first time ever, quoting Jake Eley, Chaz still managed to get back with the same trick and use a few tricks up his sleeve, like hurricane top mistrial first try, and it goes on from there. If this is something thats going to happen every NASS then count me in next year — was a awesome weekend!