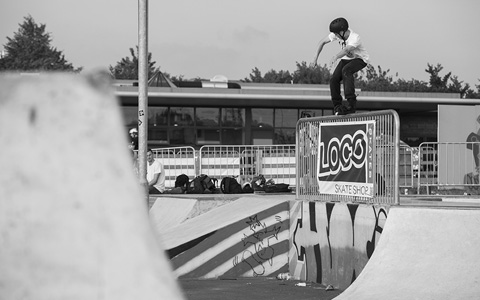 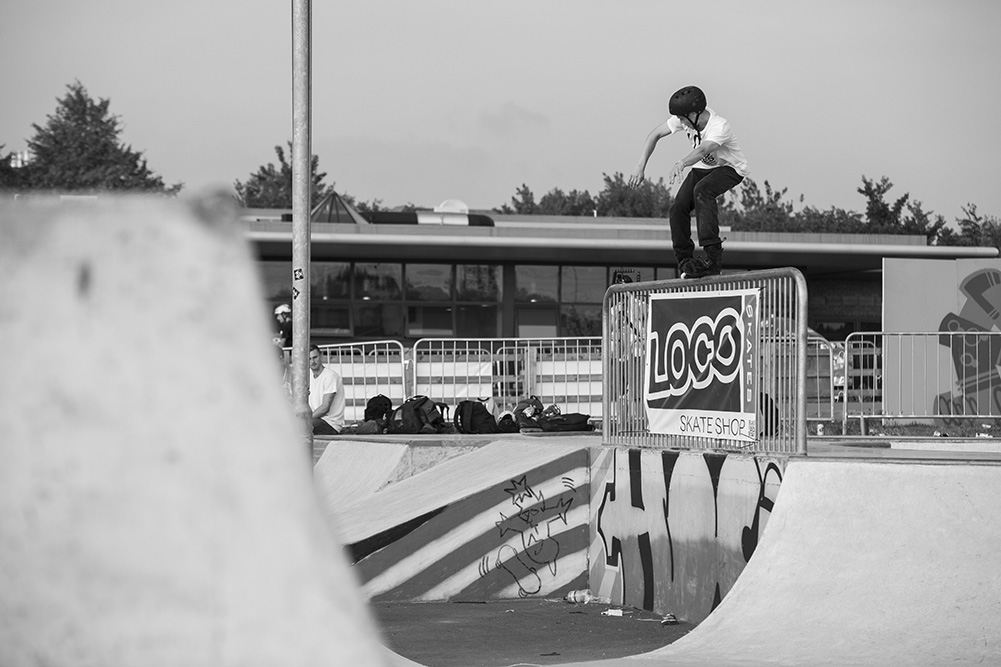 Back in August I visited a new UK Festival called Blitz. For its first year, bladers, scooters, long boarders, and more all came to Cyclopark, Kent, to celebrate and see what was going down. Loco decided to host their annual “Beach Jam” there this year and it wasn’t a competition to miss! The UK pros like Lomax, Jamie Stenner, Elliot Stevens, and Dan Collins battled hard at the concrete park. For the best trick comp, they all took to this horrible backrail for the bowl and used it a bit differently than most competitors… but we’ll get to that.

After watching the AM comp and seeing Slaptap’s newest rider “James Bower” tear up the street section, the pros took to the flow section that featured a horrible transitioned back quarter where Ads Naz pulled huge 720s out the bag, but at the end of the day Lomax took home the prize money for the pro comp with massive grabs, and good use of the park all round.

After this, the best part of every competition is the best trick, and at this comp it went off! As you can see in the picture, Elliot Stevens is high up on the backrail with a nice true top soyale. Elliot pursued this trick countless times, and even though this shot wasn’t captured during the competition, it definitely counts in my books! Lomax took home the prize money as well, with a sweet AO top porn 360 out. But even so, Elliot felt he had to land this trick. I’ll definitely be heading down again next year, wherever the Beach Jam goes down!