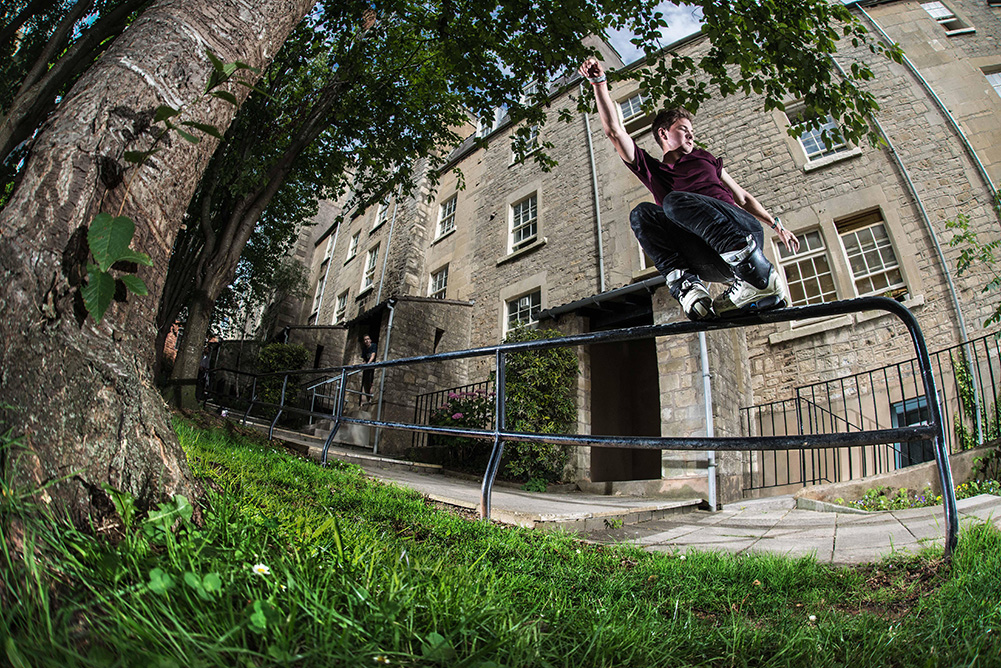 After what had been four amazing days on tour throughout the southwest of the UK, we all ended up at N.A.S.S. As usual, it didn’t take very long for a few of the guys to get itchy feet and an escape plan was hatched. Bath was the city of choice, with a few street spots in mind followed by a session at Wes Thomas’s mini DIY park (Percy’s) afterwards. Once we arrived at the first spot, Wes spotted and smashed out a super sick 540 gap over a wall into the playground while I was setting up to shoot this super stylish Soyale by Niko Salaman. — Sam Cooper

Looks like this could have been shot 15 years ago. Great photo and incredible Soyale!