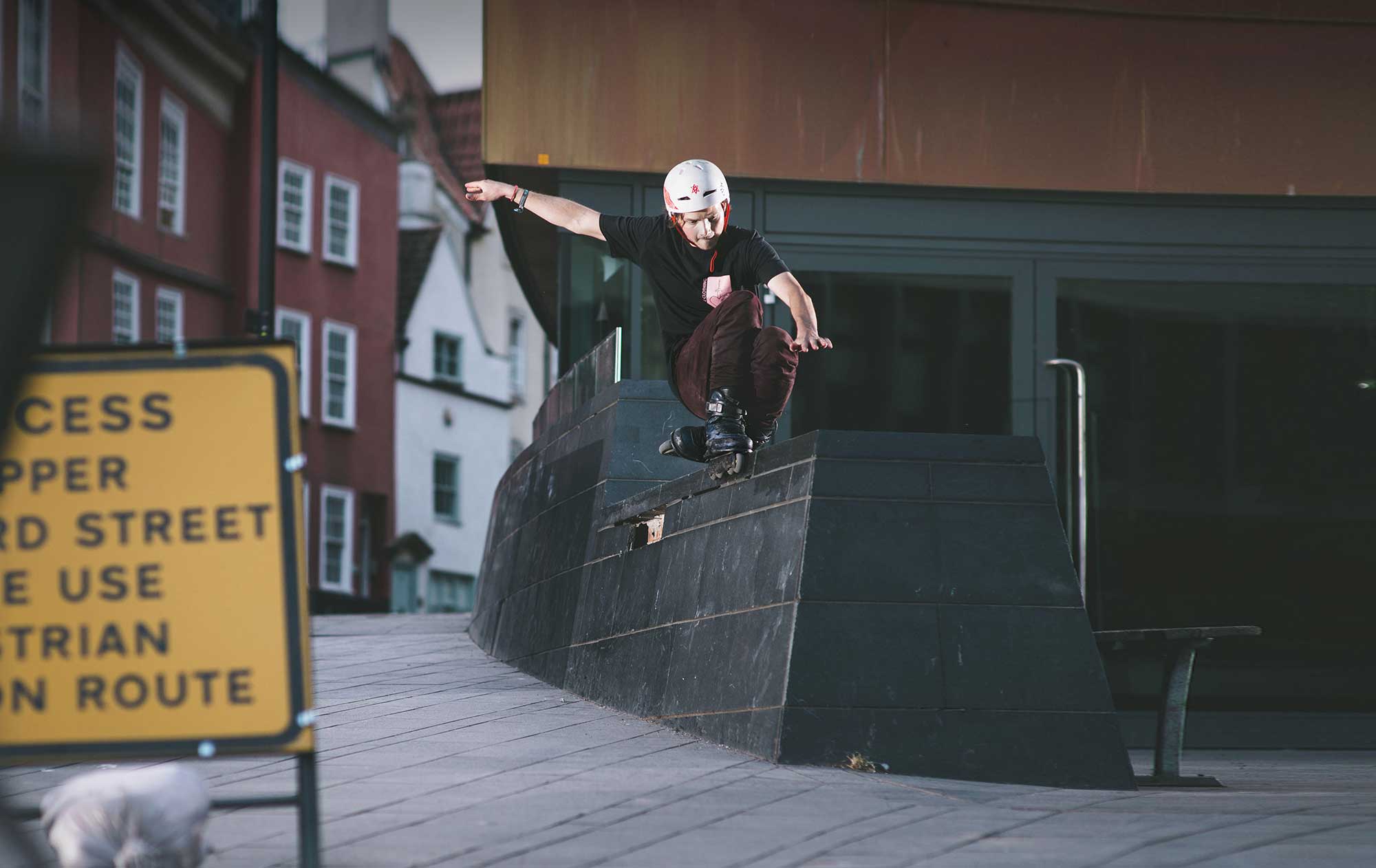 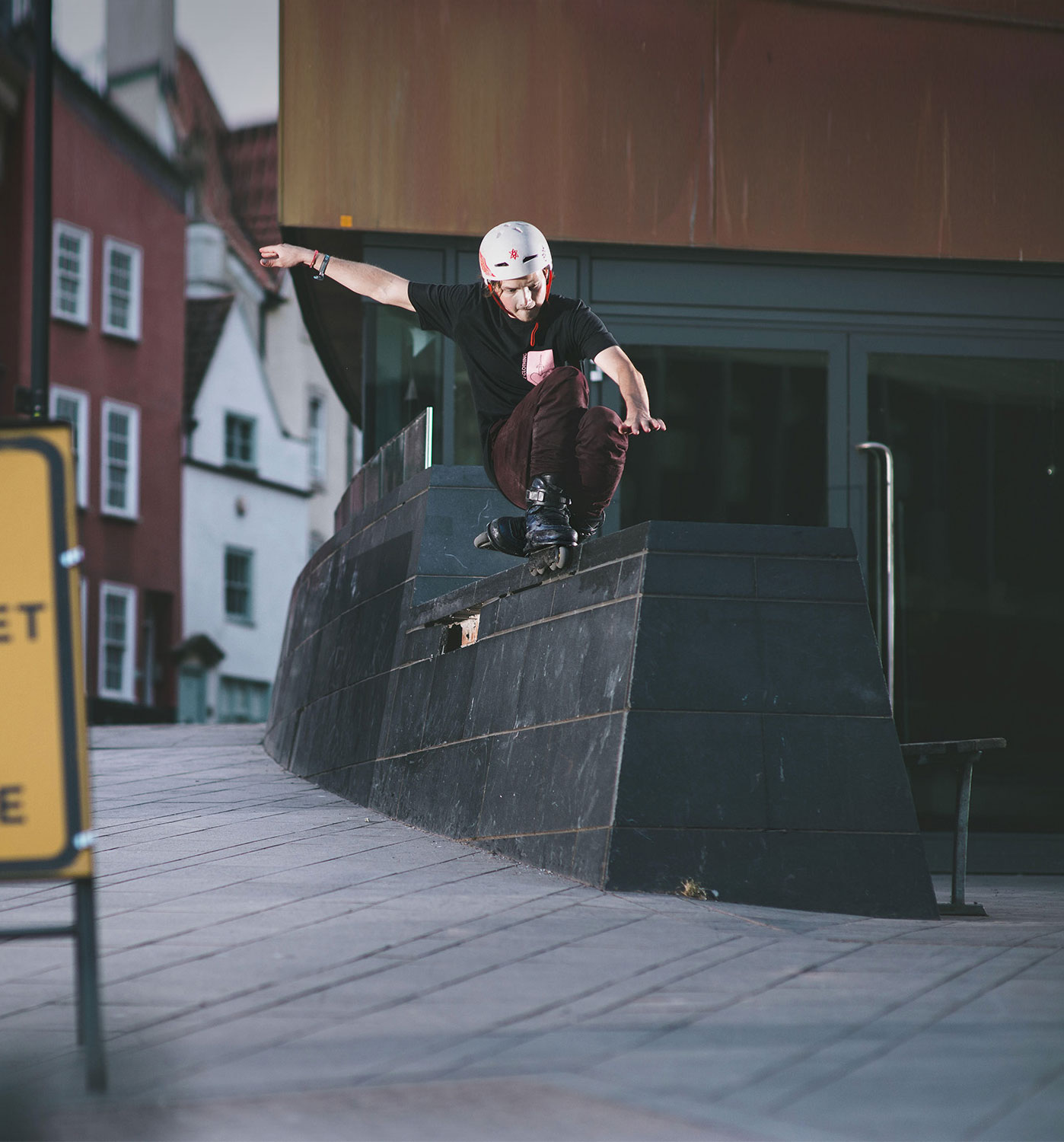 The global pandemic and subsequent lockdown has obviously been an overwhelmingly negative occurrence that has affected so many in a number of different ways. Thankfully, with the passing of time, has come the lifting of restrictions, therefore more freedoms, allowing us to once again become more of the social creatures that we naturally are. Personally speaking, one of the major positives I’ve found is how the city of Bristol has opened up to skating in every respect. Next to no traffic means cruising around is a carefree dream, and with so many businesses still not open, spots that are usually a bust are now free for the taking. This ledge is one of those places, and neither Niko nor myself were willing to let this opportunity bypass us. We were attempting to write a part of our own history by finally shooting on the Colston Hall ledge. At the time it felt like a bit of a moment, getting to shoot there, little did we know that in five days time we both would return to witness the statue of Edward Colston being removed from the plinth that it once stood. Whatever your thoughts on those actions, I’m sure we all can agree that it was a truly historic moment of the Black Lives Matter movement, which has radiated to every corner of the globe. — Sam Cooper