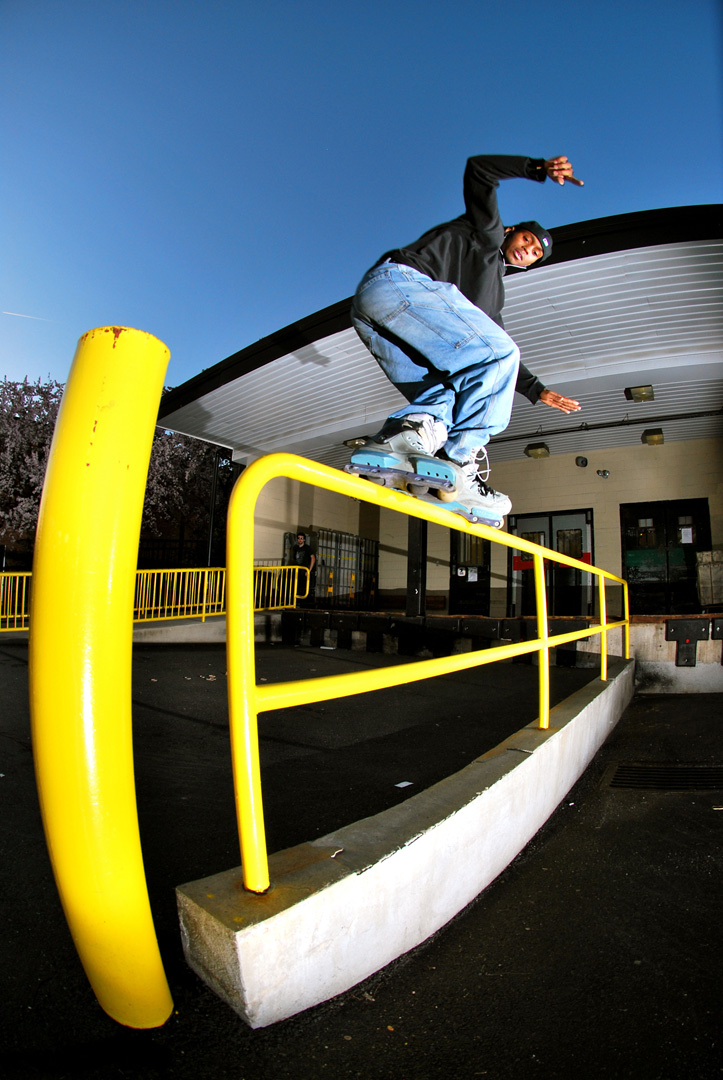 I spent this past weekend with videographer Joseph Perez, the Imagyne Media Crew, and Daniel Fabiano from Con.Artist / Scribe Ind. We went on a skate spot search throughout most of Northern New Jersey, and captured some great footage. This perfect spot was found while cruising around my hometown. We checked it out, realized the potential, and decided to come back later that day when the Post Office was closed. As the sun was going down I captured this shot of skater Lonnie Pearson, Imagyne Team rider, and native of the Bronx, New York. Lonnie laced this Front Savannah right above my head, and finished with a huge 450 spin over the pole. I set one flash on a stand to the far right, and another at my feet facing the sky.