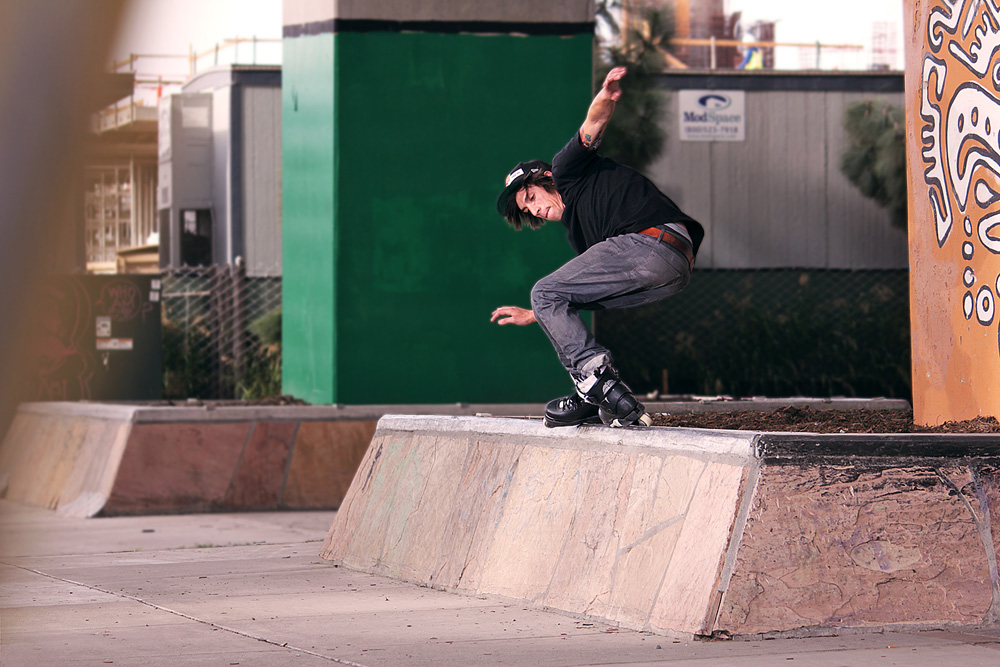 Ryan Parker is an impressive up and coming blader. Growing up in Pittsburg, PA, Ryan was blessed with talented friends but suffered from a lack of quality spots. A little more than a month ago, Ryan moved out to San Diego in order to get away from the cold and have the chance to blade all year long. As a blader who has overcome impossible odds, Parker is an extraordinary athlete with an immense vocabulary consisting of doing tricks both ways, and negative. His style and desire for perfection is unlike anyone else I have ever met. Driven for perfection, Ryan is going to make an impact on the Southern San Diego skate scene. Expect to see a lot more of him as we continue to mine and film our way through California.

One afternoon we headed over to the world famous Chicano Park ledges to film a clip and capture this shot. The photo was taken at 1/250, a nice midrange f stop of 5.0, and with the California standard ISO of 100. I set my Picture Style to Neutral for the most dynamic range possible when later editing the photo; therefore I can adjust the colors any way I want.