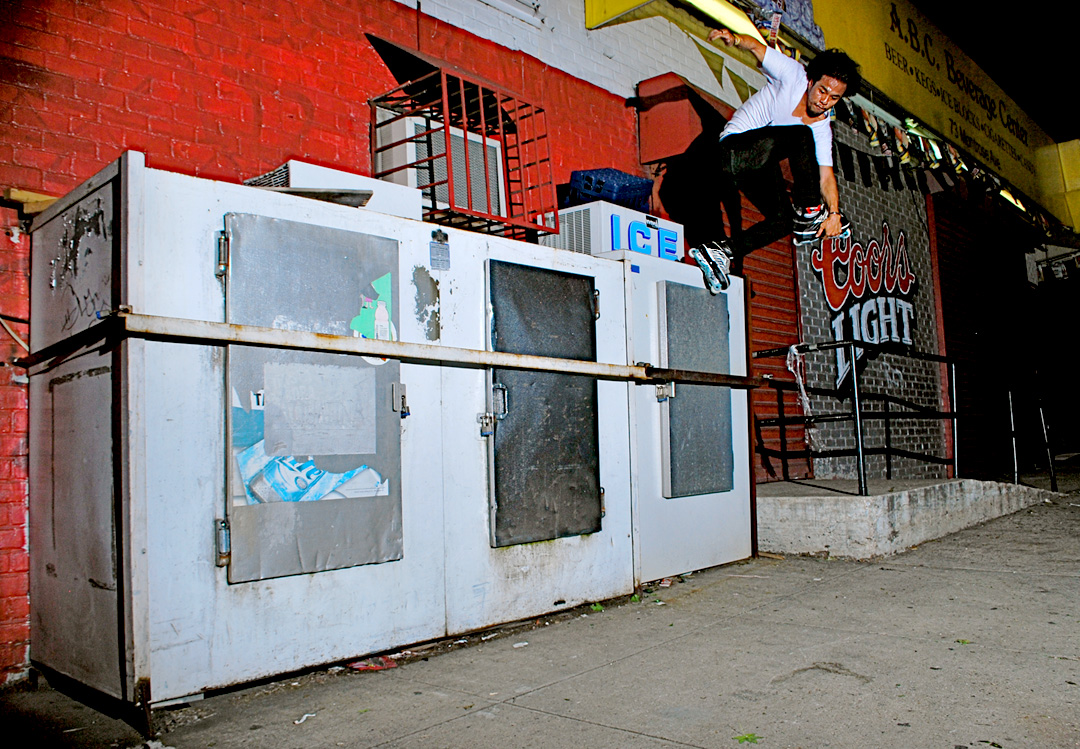 This past week I had a great opportunity to shoot some pictures with Franco Cammayo. I met the Valo rider as he got off work in Brooklyn, New York. Franco works at Thursday’s Child, which is an Early Intervention program serving the needs of children diagnosed with PDD/Autism. We headed right up to Williamsburg, located between Brooklyn and Manhattan, in search for new spots. We came across this beer distributor with an up rail, which lead to a series of iceboxes, and it seemed to catch Franco’s attention. I didn’t think it was possible, but after only a couple tries, Franco laced this Front Farf up to Back Backslide across the first icebox and landed fakie. For this shot I used two strobes, one on either side of me, to illuminate the entire scene. Be sure to look of for some new clips of Franco in the upcoming Valo video titled “We Are Valo 4.” Not only is Franco Cammayo a stand up guy and a vital industry representative, but he also continues to push rollerblading to the next level with his unique trick styling.

Valo 4Life is the name of the 4th Valo video p.s.

That pic/spot/trick/steeze is amazing! Probably one of the best pics I have seen in a long time. Should have saved it for print!

Great job! Both to Sam and Franco.