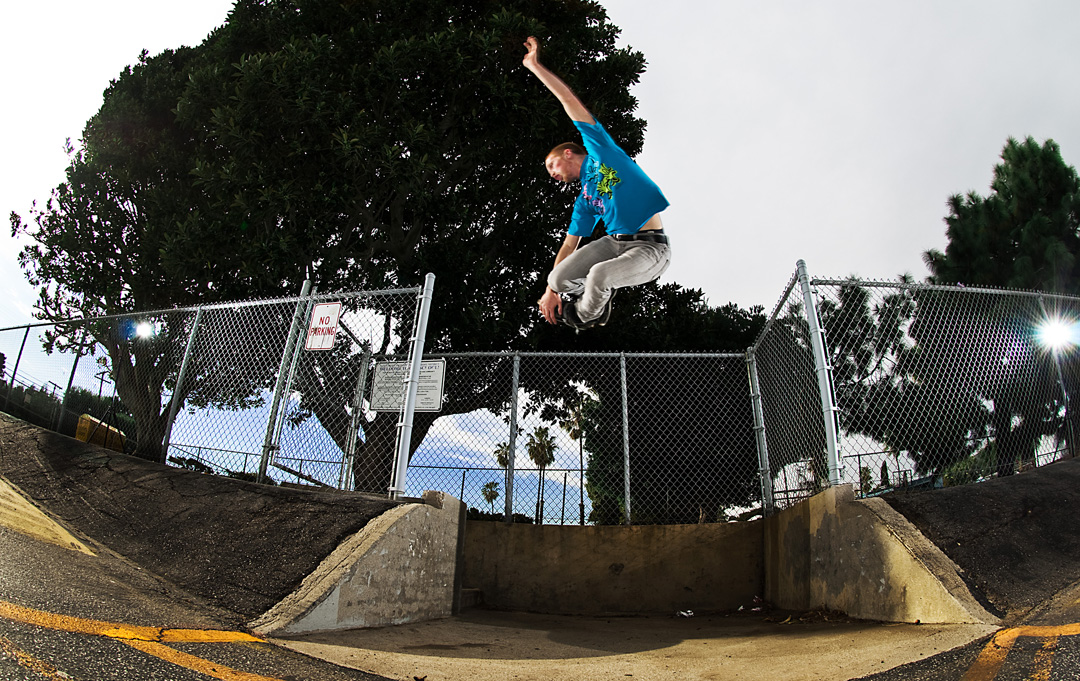 Chris Lorimer is normally hitting rails when we skate street, so as I watched him scope out this gap and lace it, I was still walking down the hill to set up my lights. We were skating Malibu High School and had already been kicked out, but the security was chill and let us skate in the parking lot. This parking lot’s driveway had a long, continuous bank to fence, which was interrupted by two additional features, one being a very mellow handicapped rail, and the other being this gap that Chris holds a solid Mute Air over. It was partially overcast, so I lit the scene with three Speedlights; two you can see in the frame, and the third is on camera. The first two created the highlights I wanted on his front and back, and the third is on camera to fill the shadows. The equipment used was 2x Nikon Speedlight SB-900 off-camera, Nikon Speedlight SB-800 on-camera, Nikon D300 DSLR, and a Nikkor 10.5mm Fisheye lens. — Scott Moffat

Hell yeah scott ha. Have fun in Baja man. Talk to you soon.

nice scotty, always gettin better, and ultra interesting to see how your shots have been coming along lately! good job bro.