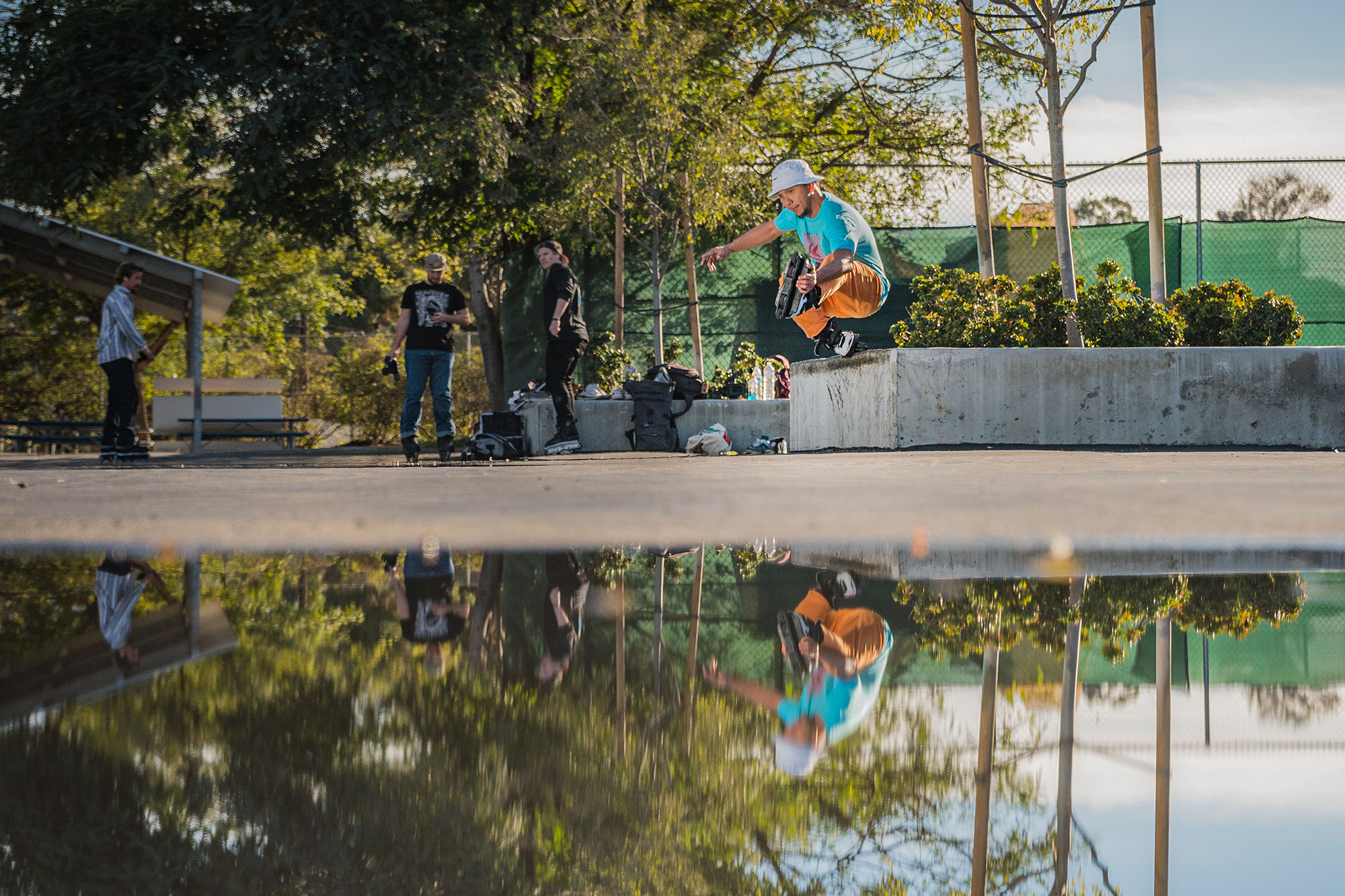 On Saturday, January 30, 2021, Jon Fromm, Hayden Ball, Gino Gotelli, and I decided to roll around at Encanto Elementary School in southeast San Diego. We were all stoked to skate because the day before, San Diego got hit with a major storm system that brought hail, but now the sun was shining and had dried the ground enough to skate.

Due to COVID safety precautions, we had been keeping our numbers lower than six people, but this spot had plenty of space and different areas to skate, so we alerted the rest of the San Diego crew of our whereabouts and they came in full force.

I captured this rocket fishbrain of Gene with my Sony A7iii at 70mm, F5.6, ISO 1000, 1/250 with my flash, a Godox TTL Pocket Flash at 1/1 power, camera left on the ground aimed at a 45-degree angle to Gene. I also used a variable ND filter stopped down 2 stops so that I could shoot at an open aperture without overexposing the image and add a little bokeh to the background despite my kit lens.

Gene Galang has been refining his style, trick selection, and infamous wardrobe since ’93. Gene has been in some iconic videos such as VG 11, “California Dreaming” and had a shared section in Bryan Bell’s, “Wanted” with Aldrin Miller. Gene is not only talented and creative in his approach to blading but also an extremely talented caricature artist. Using these talents, Gene has continued to expand his reach in blading by creating his own brand here in San Diego aptly named, “Til My Legs Fall Off” and has also tattooed various bladers in San Diego with the unique logo he created. You can support Gene Galang by going to his IG @tilmylegsfalloff and @ggcaricatures and buy some of his custom made shirts that he just reissued! — Steve Steinmetz