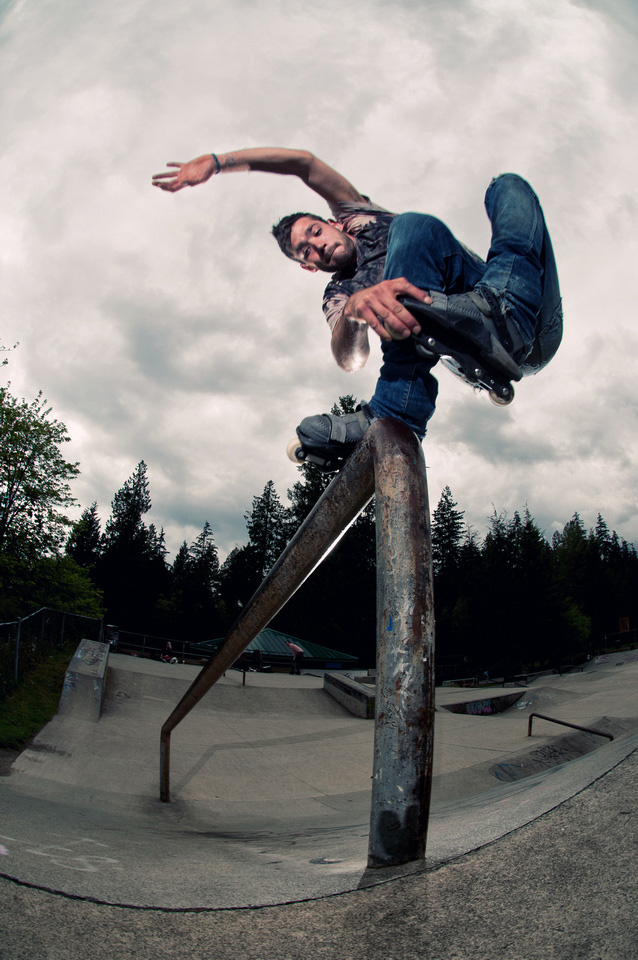 I wanted to play around with the higher sync speeds of my new Pocket Wizards, so I met up with the Vancouver crew at the old school Kirkstone skatepark. Most of the things around the park were big gaps and banks, and they would not really look that interesting on camera. A few of they guys were just playing around, going up a rail. I thought it looked cool so I set up some flashes and started shooting.

This image is of Josh Silver. He is confident on his skates so I felt I could get as close as I wanted to the rail without getting kicked or landed on. After a few tries he laced this weird looking Mute Grab Pudslide up the rail. A good reminder that you don’t need a hammer for a good pic.

Lighting set up was three flashes: two to my left and one right behind the rail for rim light, shot at ISO 100, F8, 1/500 at full power. (If I can remember correctly!) — Will Pursell