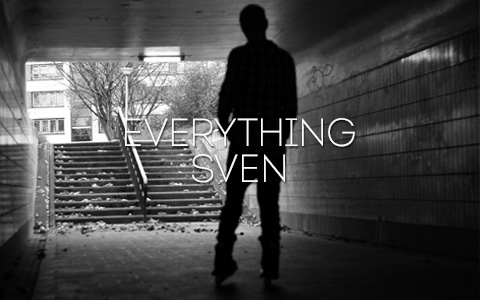 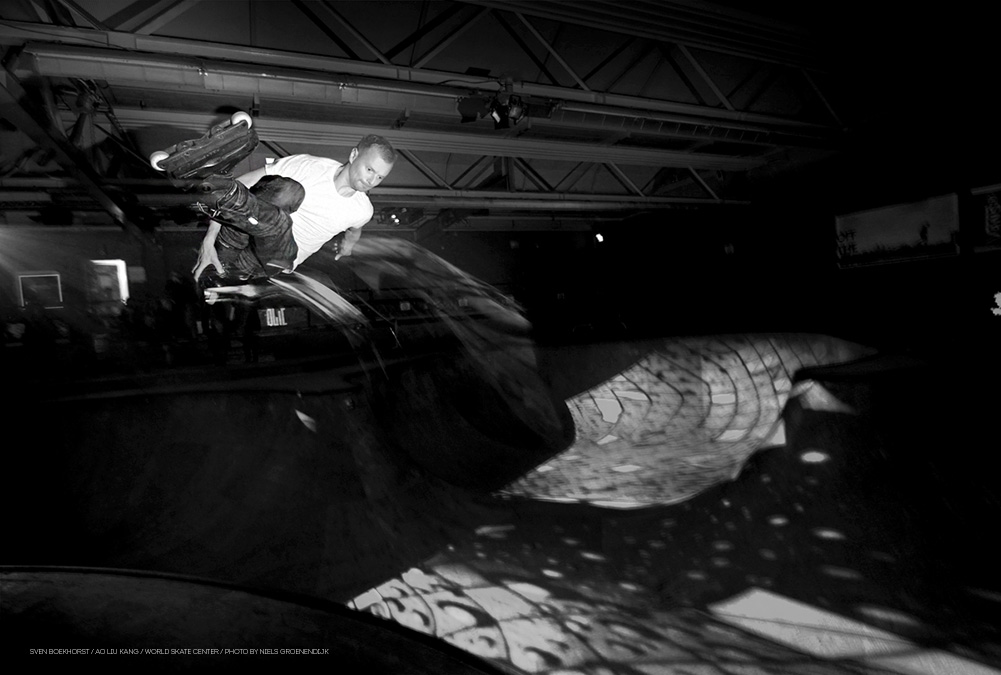 The Netherlands’ Sven Boekhorst is a blade legend that keeps finding ways to keep himself entertained and challenged on his skates. He retired from competition in 2013. He released a most-epic video called CityHopper Europe in 2014. And now in 2015 he’s ready to keep pushing forward with his vision of how to get blading in front of more people and how to get those people on blades. We wanted everyone to know more about how one blader can make a difference, so we caught up with Sven to get his skinny on the outlook for 2015. Here’s the scoop.

Sven, you’re a busy blading guy. Glad to get some time to catch up with what all you’re working on. Let’s start with your last really big project, City Hopper. What was the reaction like?
The reaction on Cityhopper Europe was great. We got a lot of good feedback from everybody. Of course the project was a lot tougher to organize than Cityhopper Holland, but we also tried to put some extra work on the video animations, logo and other stuff to make it a complete concept.  The premiere was at the Winterclash which was really sick for me. The year before I did my last contest and one year later we were having the Cityhopper Europe premiere on Friday night. 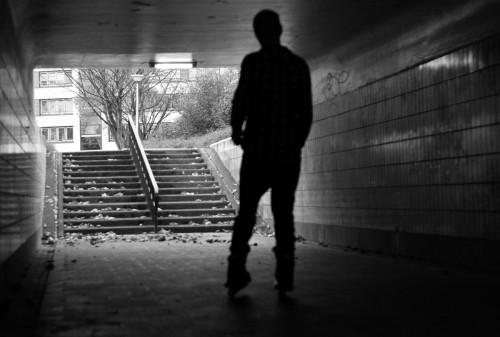 Has the success of that project had an impact on your other blade initiatives like your online shop and your traveling demos?
Not that much till now. But when I speak with sponsors or governments it’s a really cool project to show them what I’m doing. And of course people heard my name again, which is always good.

Can you tell us more about the demos and how they work?
It’s actually pretty simple. I’ve got my own halfpipe and Mind the Gap setup that people can book. A normal booking is like four shows a day with 4/5 showriders. Most of the time I rely on the riders to help with set up and tear down of the ramps. For the last couple of years we have had a good group of friends helping out, and we also did some shows in France, Switzerland and Poland. 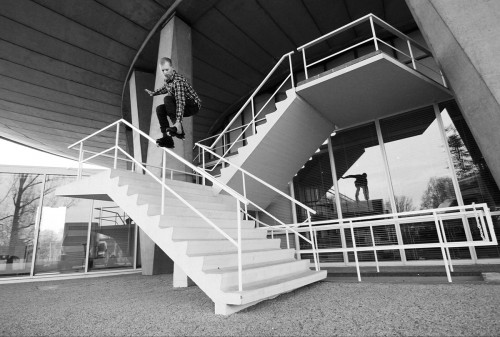 When’s the next one? How often do they happen?
Hopefully we will do the shows again next year at the Wednesday Night Skate in Rotterdam, which is a pretty cool event. Around 12,000 bladers tour the 12km through Rotterdam City center. We also did a Mind the Gap show this year in Dusseldorf at the Rollnacht.  It was quite funny as I went to the ISS Dome two years earlier to watch Mr. Haffey and the Nitro Circus show in the same venue and now there I was, standing in the same venue with my Mind the Gap setup. Sort of a mini Nitro Circus.  At this time I’ve got some small options for next year but nothing is confirmed yet.

What kind of support do you get from outside the core blade industry to make these projects work?
At this moment, none. It’s all supported by Rollerblade and/or my own company and network. 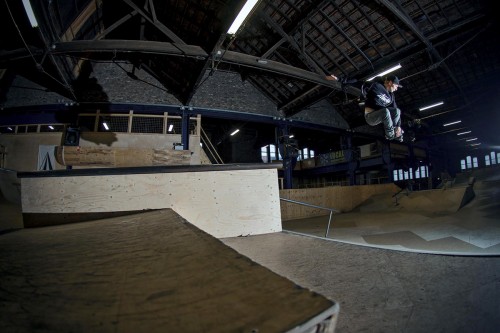 How do all of your events relate to each other? Do they?
They relate as I’m organizing them together with a good group of friends and collegues. But most of the events are all separate.

What kinds of interaction do you have with the public while doing your demos and traveling for the projects? What do people think about blading?
When we are doing the shows we always try to play with the crowd. With the Mind the Gaps shows this is really easy as we can jump over them. During most of the halfpipe shows we are trying to put the people on the ramp and skate around them.  The reactions are really positive and everybody is filming the shows with their phones. 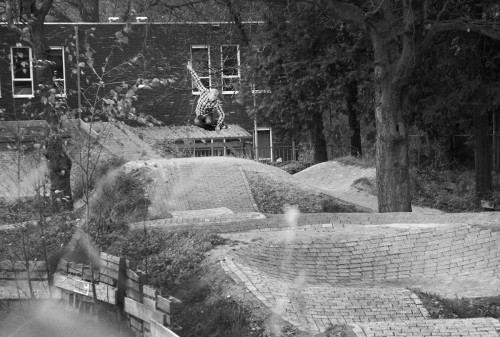 Let’s go back in time for a few minutes. When did you start skating?
I started skating in 1994.

What go you into it? And what keeps you around?
I first started as more a freeskater/urbanskater as ice skating is really populair in Holland. But after a couple of months we started to skate more and more in a miniramp close to my house. We got in contact with other riders who had their own grindplates on their skates so we also started make them ourselves…  A couple of months later we got more and more in to the blade community and started to visit a local shop were I saw my first Daily Bread and Hoax 1… That’s when I really started to skate. What keeps me around? I guess it’s a mix of a lot of things. My friends, the roadtrips, the adrenline, the sessions, the parties, always trying to create new tricks or new projects…

Before we head out, what’s your current set-up?
At the moment I’m rolling an all-black Solo skate with the green SB cuff. Blank frames with new Rollerblade sample wheels which are really fast. Finally some good wheels again 🙂 Not sure if they will be already for the 2015 collection. 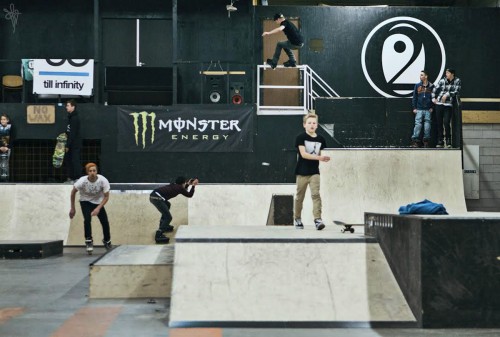 What do you think about the current proliferation of larger frame setups and the move by some folks towards a more hybrid freestyle blading or what some would call powerblading?
I think it’s a good movement. I like the idea to roll on better, bigger and faster wheels and still be able to do the same grinds.

Anything else to mention or people you wanna shout out?
I want to give a shout out to Rollerblade for giving me the support I need in 2015 to do create an epic project…

Well sounds like we were right — you’re staying busy. Good luck with it all, Sven — and let us know how we can help.