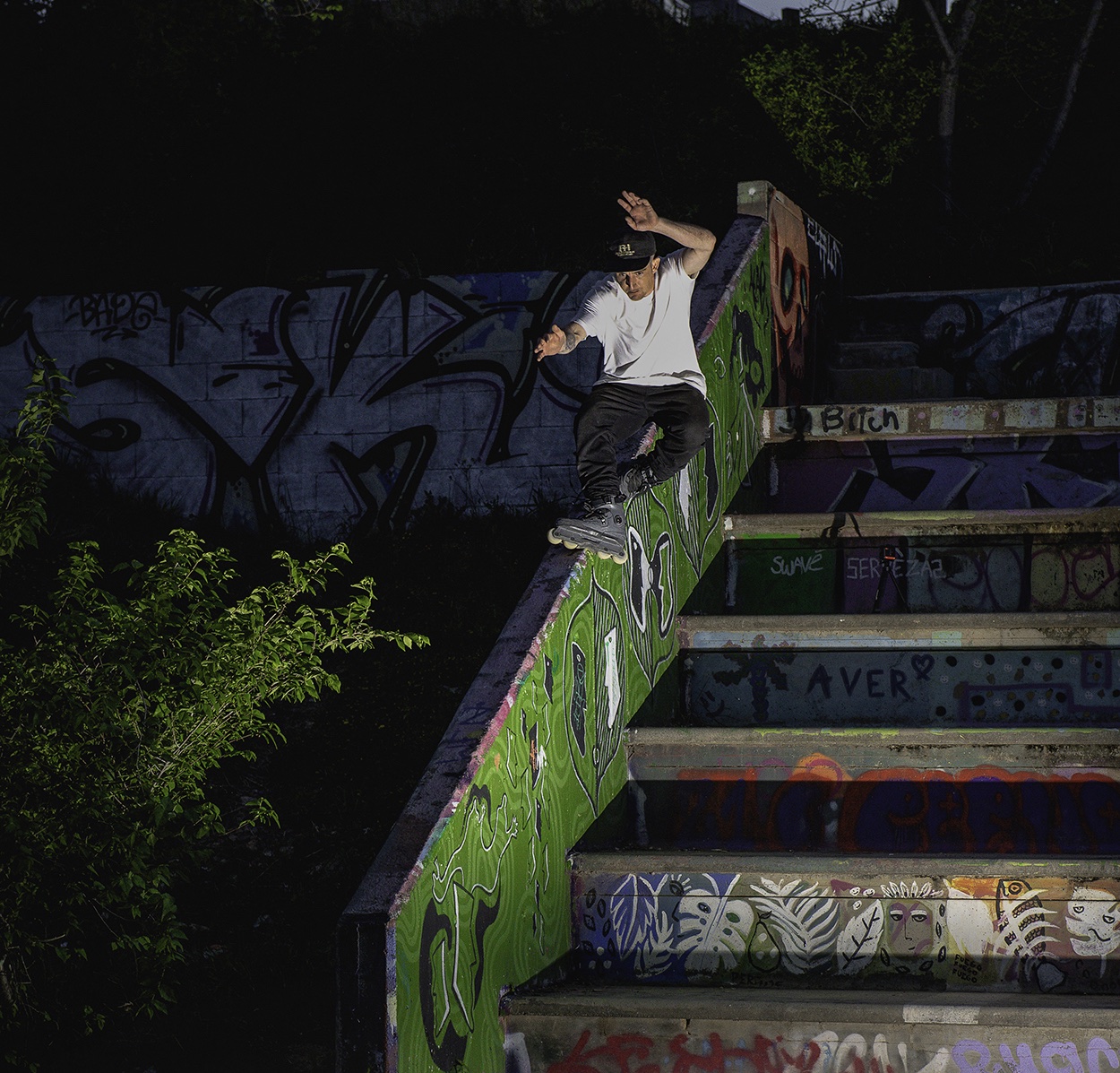 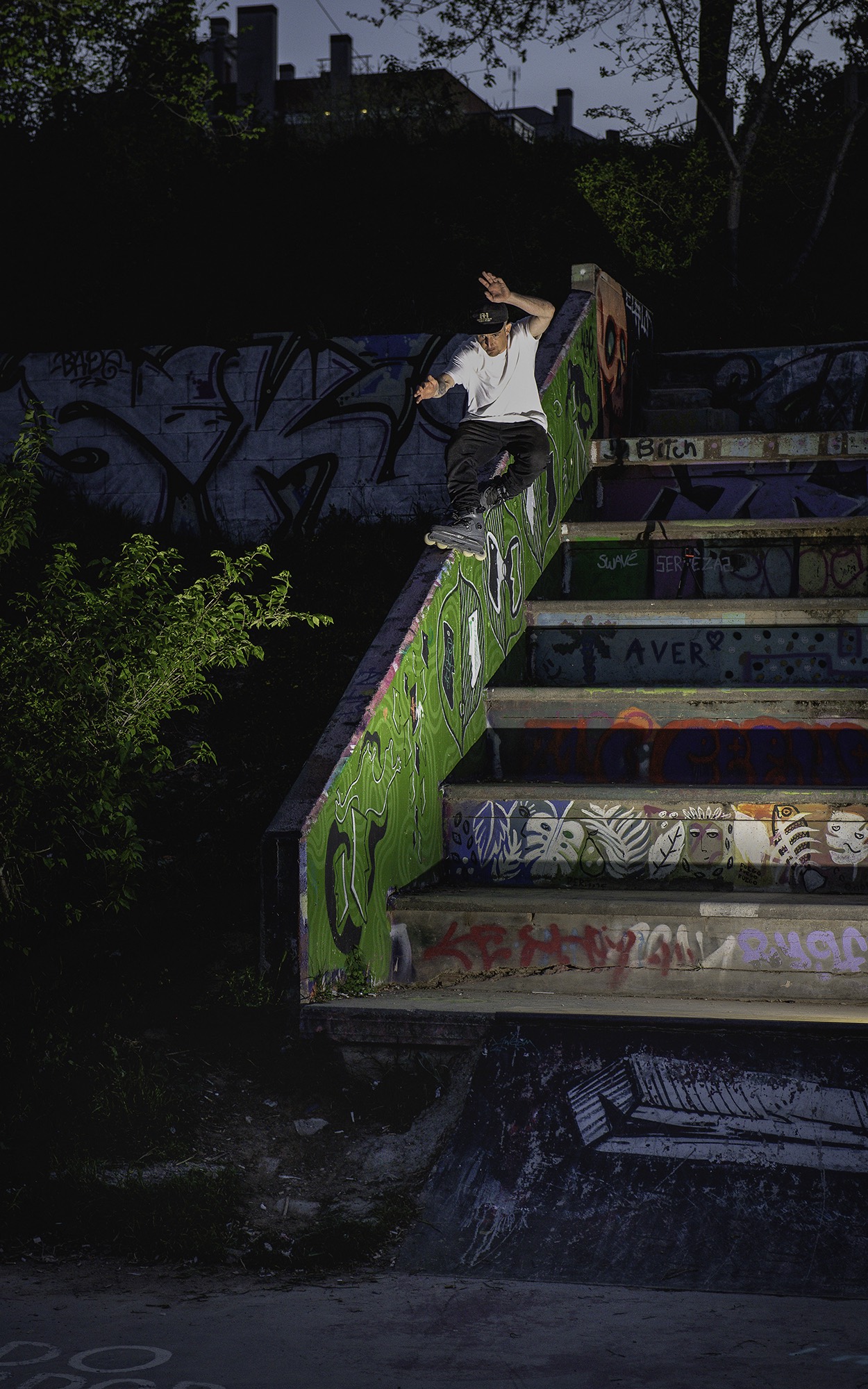 What’s in a name? Well, to Dan Robinson, the blader formerly known as Dan Collins, it’s a symbol that can show respect to family relations as decided by the bearer. Which is a cool idea, kinda like taking a few years to travel and live your best life—which I exactly what Dan’s been up to, including spending time in Barcelona, getting photos and making this edit. We wanted to know about the name switch and get the skinny on the new footage, so Dan was kind enough to answer our questions to bring you this look behind the lens. Enjoy!

So Dan, your new edit is up under a different name, why the change?
Previously I’ve been known as Dan Collins, which is my dad’s name, but I’ve decided to switch to Robinson, which is my mum’s original surname. My parents separated when I was a kid so I could’ve changed it anytime, as my mum did fairly early on, but it’s only started mattering to me more recently. It’s a nice way to honor my late grandparents who I was very close to growing up, and I feel a much stronger connection to that name so it made sense. There’s been a fair bit of confusion but people are getting used to it now.

You’ve been traveling around for a while, what led you to Barcelona and how long did you stay?
For sure, we’ve been traveling for a couple of years now and had a great stint in the States, mostly spent in Austin, Texas. We planned to visit the UK again to see family and friends before a semi-permanent move to Australia later this year. It was still winter in the UK though, so we thought it wise to wait it out in Barcelona for a few months until summer for our UK visit. 89 days to be exact.

That sounds fun! Has being in Barcelona for that long changed your view of the city?
I used to think you could never have too much tapas, now I know you can. The city itself hasn’t changed much though in my eyes, great vibes and great spots as always.

Watching this section, it’s clear you had quite a few filmers. Who was the biggest motivator and why?
That’s tough! Everyone I skated and filmed with provided an untold amount of inspiration and motivation, so I don’t think I could possibly put it down to one name. But skaters like Kalleo, Carlos Bernal, Michel Prado, Vlad, Victor Daum, Yuri Bottello, and Maxime Genoud… We had some special characters for those sessions and everyone brings their own energy to the table.

How about the tricks. What was the toughest clip to get? How come it was so challenging?
Fortunately there weren’t really any epic battles this time around. Most of the tricks came pretty quickly. If we’re talking most tries, it was probably the under rail to bench switch up. I was kinda there every go but the bench was a bit too short, so it took ages to get a satisfying lock/slide on the last part. Mentally it would be the last clip, it took a really long time to commit to gapping through the hole—it’s narrow, kinda far, and the trip wire rail made it so scary. Got it done first try but it took a good while to work up the bottle and get my head around it.

Barcelona is always full of great skaters, who did you end up skating with that stood out and why?
All the people I mentioned earlier and so many others. This is a little easier to answer though as there’s only a couple of people on that list I hadn’t previously skated with somewhere else. It was my first time skating with both Carlos Bernal and Michel Prado. Seeing the way those two handle their business really stood out to me. Their ability to do unthinkable tricks on big spots with so much commitment and relative ease really has to be seen to be believed.

What advice would you give a first time blade traveller to Barcelona?
Take your time. It’s easy to get over excited (both on the blades and the beers). No plan is often the best plan—get out of town on a train and skate back in from a random station. You’ll always have a blast and find hella spots. 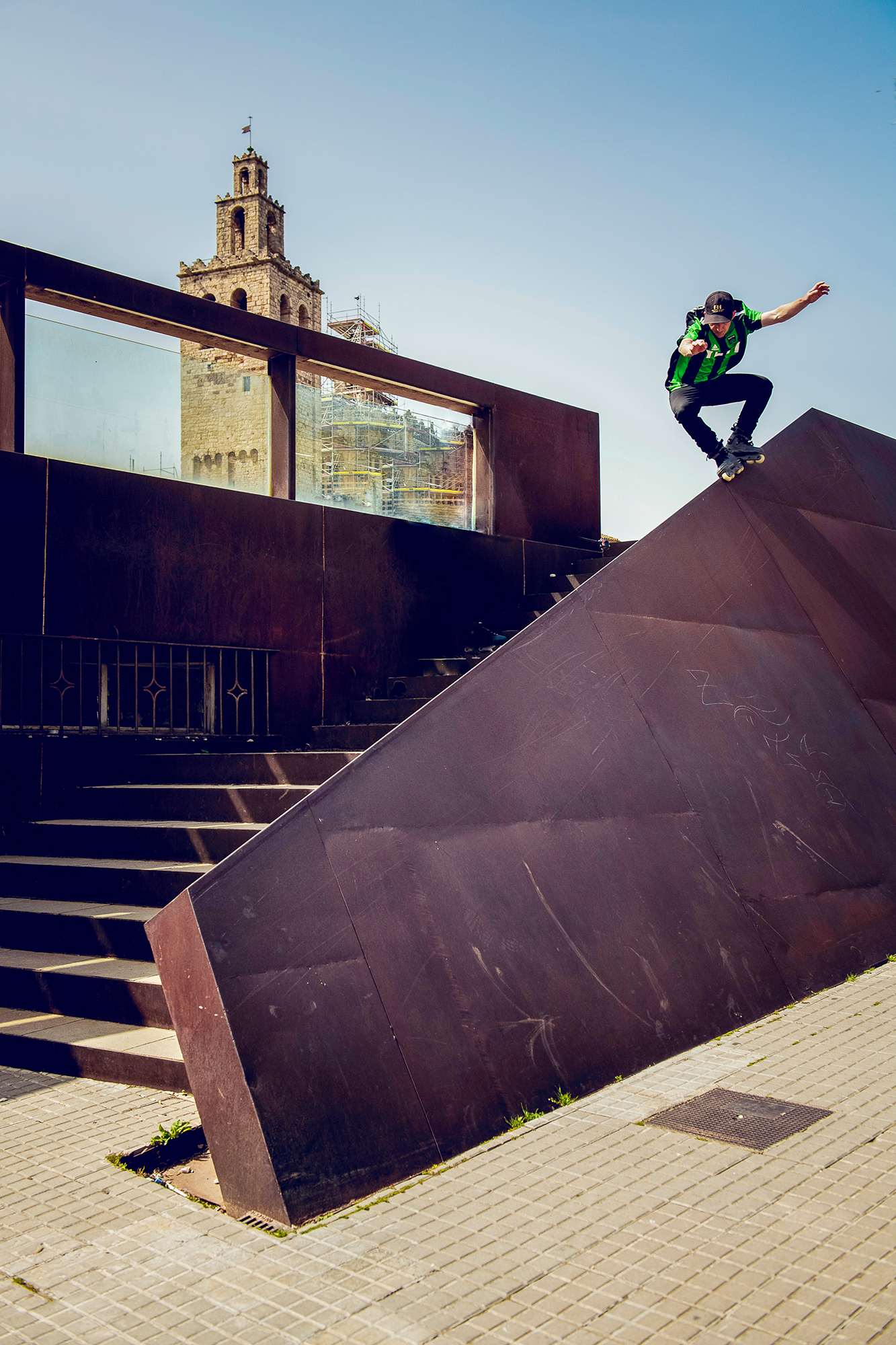 Thanks for telling us more about the edit. Any last words?
Massive thanks to everyone we encountered on this latest leg of the journey: Joao for taking some awesome shots, and Ed for chopping my ridiculous mish mash of footage into something we could be proud of. Shoutout to Jake and the guys from Loco Skates for always supporting me. Go check the edit, Like, Share, drop us a follow @robins1cruz0 if you dig it and want to see what’s next. The journey has only just begun.