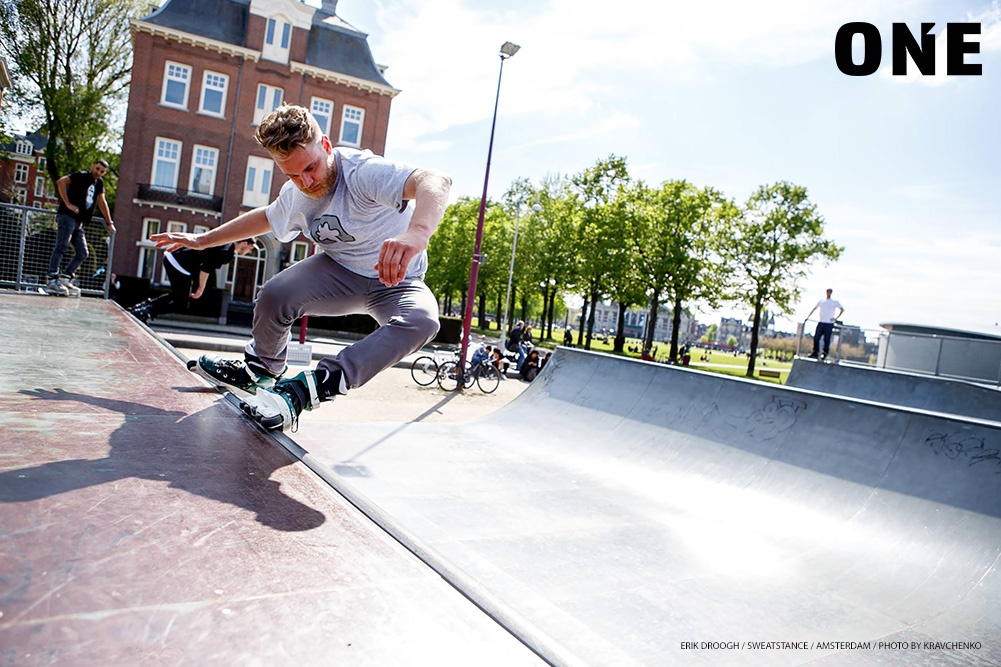 “Go for the skating. Go back for the people.” I don’t remember who told us that, but it’s a pretty accurate assessment of a life spent traveling to blade events all over the world. And this past February in Eindhoven while at Winterclash the wisdom proved true once again when we met Erik Droogh. With a tall frame, large features and an ability to know nearly everyone, Erik is the man behind the Winterclash Pre-session in Rotterdam, a staple at events all through central Europe, and now spends some of his blade time encouraging the next generation to pick up blading. Even if you can’t get to Amsterdam where you may find him at a Thisissoul session, we’ve got a proper introduction for you right here. Get to know Erik Droogh.

Erik, hey, tell everyone who you are and where you live.
Hi everyone, my name is Erik Droogh, I’m 27 years old and currently living in Uithoorn, which is just below Amsterdam!

How long have you been blading?
I’ve been skating since the summer of 2004, so around 14 years straight! Right now I am team rider for Thisissoul Skate shop Amsterdam and Skateland Rotterdam.

How many Winterclash events have you participated in?
My first Winterclash was in Berlin 2010, and I haven’t missed one since. So that’s easily eight years in a row now. I’ve competed in six of those, and in 2016 I was luck enough to finish 2nd in the Amateur competition.

A few years ago, in 2015, I started to arrange pre-sessions on the Wednesday before the Clash, and it will be back again in 2019 for the fifth year in a row at Skateland Rotterdam. So make sure you come by and join the pre-event fun on the 13th of February!

Who would you say your favorite skaters are, or the people that inspire you the most?
I have been traveling since 2012 and have had a chance to meet a lot of great people. One of them is Jo Zenk! Every time we meet at a session or event, we have the best session and good times. I love watching him shred and he motivates me a lot to keep going! 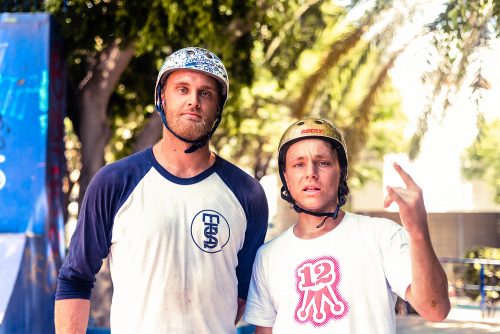 What qualities do you look for in your skates, frames and wheels?
I’ve been riding flat for three years now and that has saved me a lot of wheels. So I look for a frame where I can ride flat but with a nice, wide groove and a strong but comfy boot. I’ve use the Aeons now for two years, and for now it’s the skate I like the most.

What is your involvement with This Is Soul?
I am currently shop team rider. Besides that I also help with lessons and kid’s parties.

How about when you’re not blading, what do you do — work, school…?
For eight years I’ve worked at R.Nagel Transport Company, located at Schiphol Airport. (Ed’s Note: That’s the main Amsterdam airport.) We distribute airfreight from our warehouse to every point in Holland.

Originally I was hired as a driver, but they can put me in the warehouse or the office, where right now I’m working as a planner/customer service guy. (I’m an all-rounder.)

But this summer you’ve been doing something else, right? Tell us what you’ve been up to.
Yeah, that’s right, this summer we did some crazy shows at some big events with long time legend Sven Boekhorst, who owns the Mind The Gap show ramp.

This summer we were on the main stage of Slamm Kingsday where we did shows in front 30k+ people. The MTG setup was on stage in front of the DJs. Then we were at the largest festival in The Netherlands, Zwarte Cross. And we also performed during the opening ceremonies at the World Cup Inline in Arnhem. 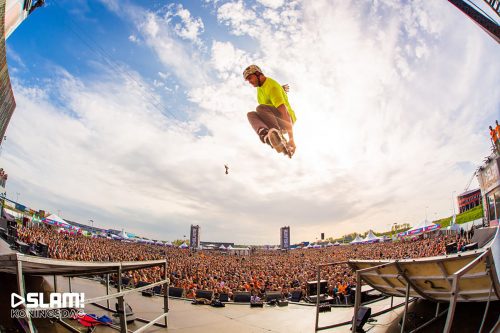 How did you end up at Blading Camp, and was this your first time?
When the boss Josh Glowicki announced the Blading Camp dates in 2017, I was really curious about what he had created. So in 2017 I went to Malaga for a one week blading vacation. I loved it so much I went back in 2018 for two weeks!

What’s it been like?
It’s been amazing! It was a great experience that I can recommend to everyone out there. Every day was a beautiful day. We visited two skate parks a day! And the food was really great.

It doesn’t matter how good you are, you get motivated from each and every other skater around you

Did you ever do anything like this when you were younger and learning to skate?
No, I wish!! I didn’t really have good people around me when I started, only a few friends that were a bit better. 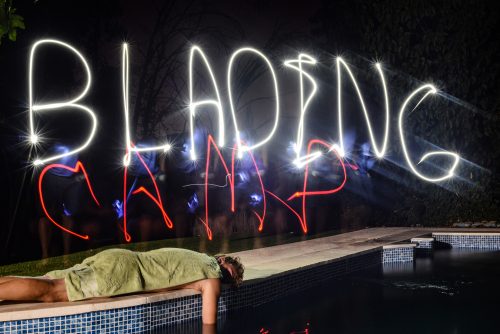 What sorta stuff is important to the kids you met at camp — anything we may not expect?
I guess it is to show respect to each other. No matter how good you are, you’ve been there or you will get there.

Tell us about a memory from hanging at camp that you’ll remember forever.
In 2017 I fell asleep in a chair outside around the dinner table. We were just chilling, and Richie was recording with a special app what changes your voice. So Richie was sitting next to me and started to sing about me. It went from soft to pretty loud in my ears, but I didn’t wake up for 10 minutes. Too bad the recording got lost in the app. (But we still got a raw clip of that moment.)

Will you be back at Blading Camp next year?
Yes, that’s for sure, but I might go for even longer! Because time flies when you’re having fun!

Anyone you want to thank or any shout outs to give — if so, let ‘em rip!
Thank you to you for having me here to share my experience!

For a number of years Ivo Vegter from Thisissoul has been supporting me and I really appreciate that!

Also shout out to Josh Glowicki & Uani for making the best blading vacation that you can ask for.